The heartbeat of Belarusian sports: Maksim Nedasekau plans to set the new country’s record, Ivan Litvinovich complicates and improves the Olympic programme, and representatives of skiing unite in close contact with Russian colleagues 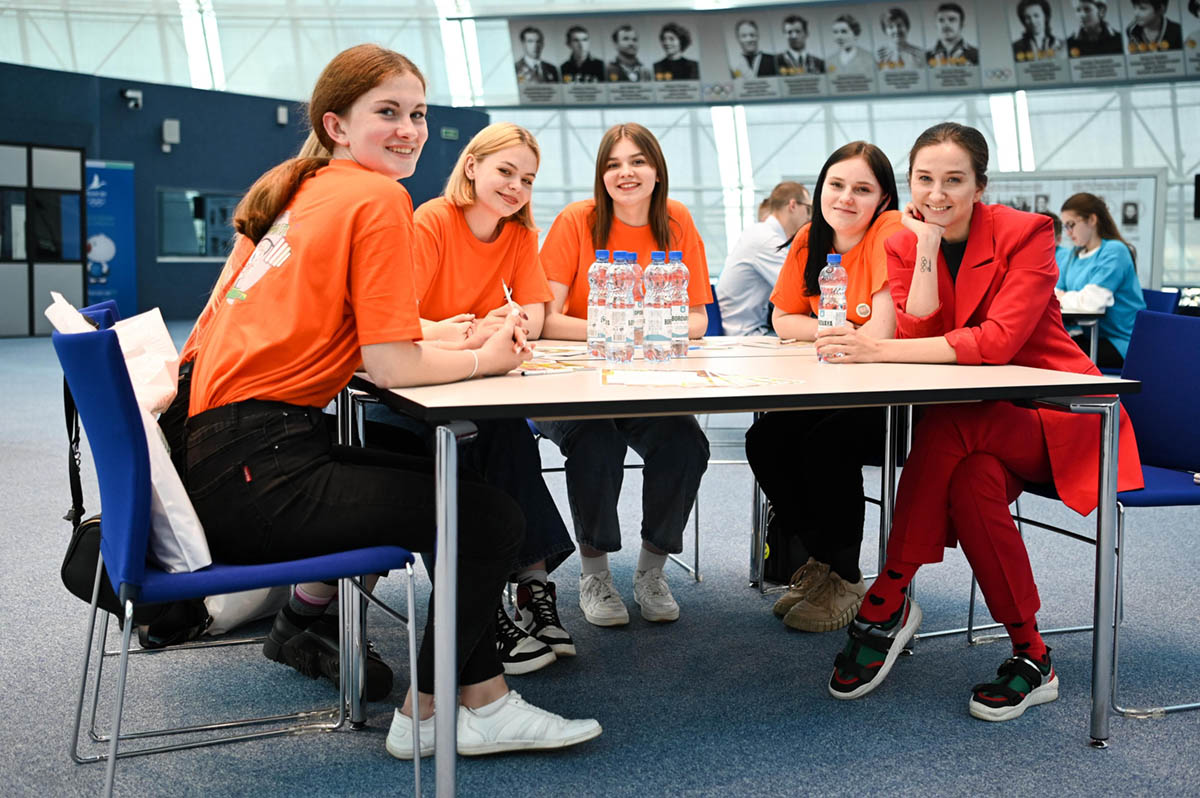 When talking with athletes, one will not notice a shadow of despondency on their faces, or a little hesitation in their voices. Yes, they have to live in new conditions, change their habits and way of life, redraw the schedule of training camps and tournaments, but everyone invariably finds pros in the cons that have appeared, which once again confirms some old truths: if a person has a backbone, character and principles, then he or she will not break and will not be deterred from the road. Two remarkable events took place at the headquarters of the National Olympic Committee the day before. The first is official, with a great perspective for the future: a memorandum of co-operation was signed between the Belarusian Ski Union and the Russian Ski Association. The second, mostly entertaining, but no less important from the image and educational point of view: the next round of the BrainBattle national intellectual tournament with the participation of Belarusian sports stars took place. 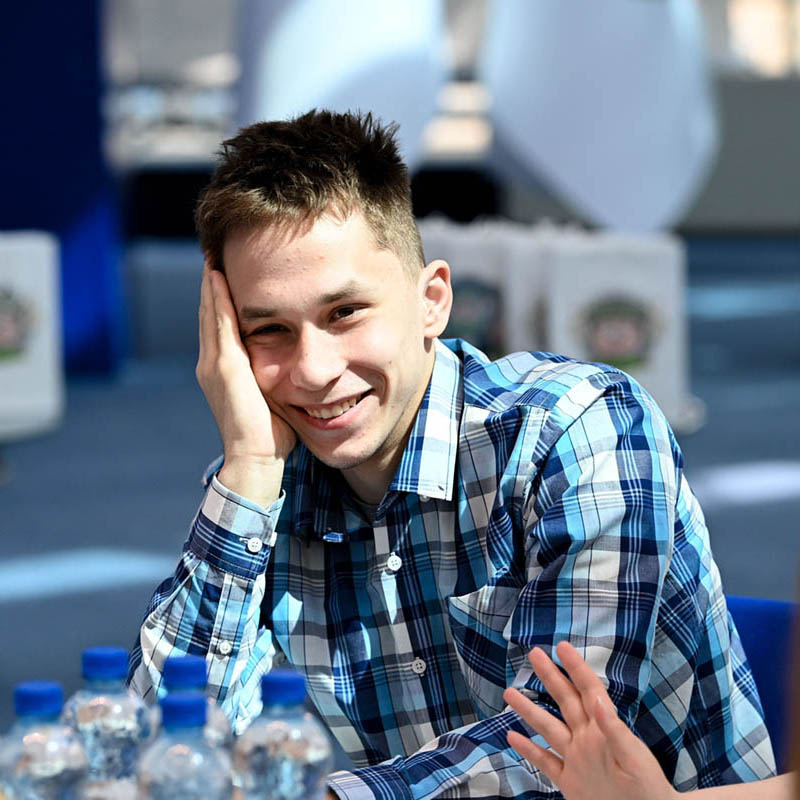 Ivan Litvinovich
Active rapprochement between Belarus and Russia is massive and takes place on all sports fronts. A joint boxing tournament in Gomel has recently ended. The start of the grandiose Poddubny Wrestling League in Moscow is on the agenda, followed by the first stage of the Belarus Open Cup in rowing and canoeing in Zaslavl with the participation of Russian rowers. Moreover, this is just the beginning. So the sports departments of Belarus and Russia are already actively thinking over the winter season: the day before, a three-time Olympic champion, and now the president of the Russian Cross-Country Ski Association, Elena Vyalbe, came to Minsk. However, not for other reasons, but with a business visit. In result, a memorandum of co-operation was signed. This applies not only to cross-country skiing, but also to close co-operation in all areas in five more disciplines that are part of the above-mentioned association. Namely: ski jumping, biathlon, snowboarding, freestyle and alpine skiing. Elena Vyalbe promised that joint tournaments would be held on the territory of the two countries in the coming season. In addition, the main competitions of Russian skiing will come to Belarus. This means that we will be able to see firsthand such professionals as Alexander Bolshunov, Denis Spitsov, Natalya Nepryayeva, Veronika Stepanova and many others. 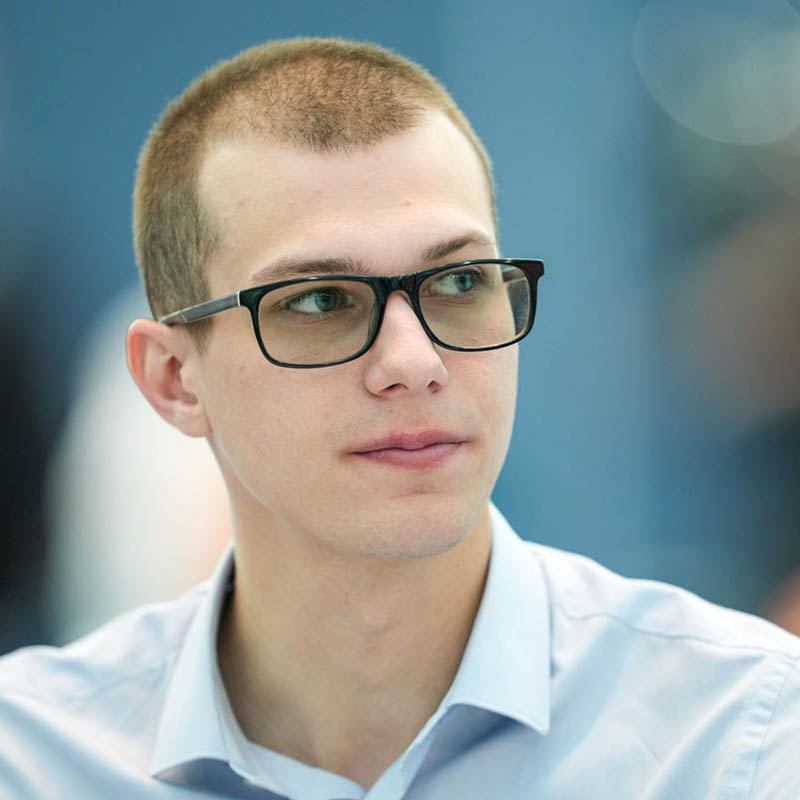 Maksim Nedasekau
While the ‘winterers’ were making plans, intellectual battles were going on in the Olympic Hall of Fame of the National Olympic Committee of Belarus — current event brought together teams of children from all over the country. Popular athletes became captains — former and active: Liubov Charkashyna, Lyudmila Ananko, Vasilisa Marzaliuk, Inna Zhukova, Lyudmila Kalinchik, Maksim Nedasekau and Ivan Litvinovich. The last two had the most attention — the youth literally tore them apart: they took autographs, photos, and shook hands. No wonder: Ivan and Maksim did an excellent job at the Tokyo 2020 Olympics, winning gold in the trampoline and bronze in the high jump. Nedasekau shared his thoughts about the day, leaving an autograph on the T-shirt of another fan. He was, as always, optimistic and smiling, “We train as usual, we are preparing for the competitions that will be held in Belarus. There are no special differences in training process if to compare with previous seasons. I will say more: it is possible that this year there will be a new country’s record.”
Ivan Litvinovich was in the sun — a whole line of young fans lined up for a photo. In the pause between sessions, Ivan took the time to talk, “There are fewer competitions, but one can pay more attention to the training process — we learn new elements and combinations. Competitions of a very serious level are to be held in Russia this summer. In the meantime, we had the opportunity to jump at a high-level tournament in Vitebsk. Uladzislau Hancharou became a winner in the individual programme. I was the second, and Aleh Rabtsau closed the top three. Among the girls, Tatsiana Piatrenia became the second. Hancharou and Rabtsau took gold in synchronised bouncing. Well done!”