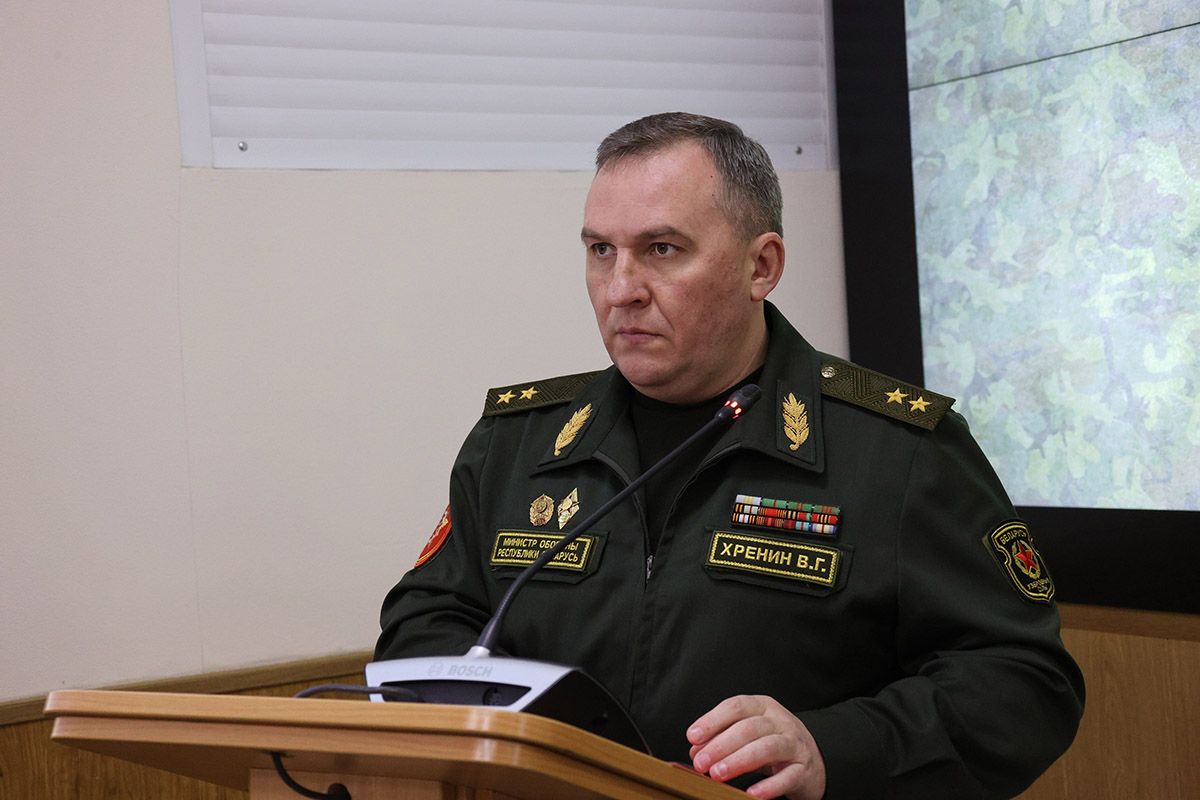 “The Defence Ministry is constantly assessing the military-political situation around Belarus, while searching for the best options to strengthen the country's military security. The results of our assessment indicate that the measures taken by the western countries to militarise the region lead to a significant change in the balance of power near the borders of our country. The offensive potential of the NATO member states’ armed forces is being increased,” Mr. Khrenin said.

According to the Defence Minister, new military units are being deployed, and modern weapons are being purchased.

“The 18th mechanised division and territorial defence brigades are being formed in Poland. Some of them are just a step away from our state border. The purchase of Abrams tanks, Patriot air defence missile systems, Himars multiple launch rocket systems, and F-35 combat aircraft with cruise missiles is of particular concern,” he added.