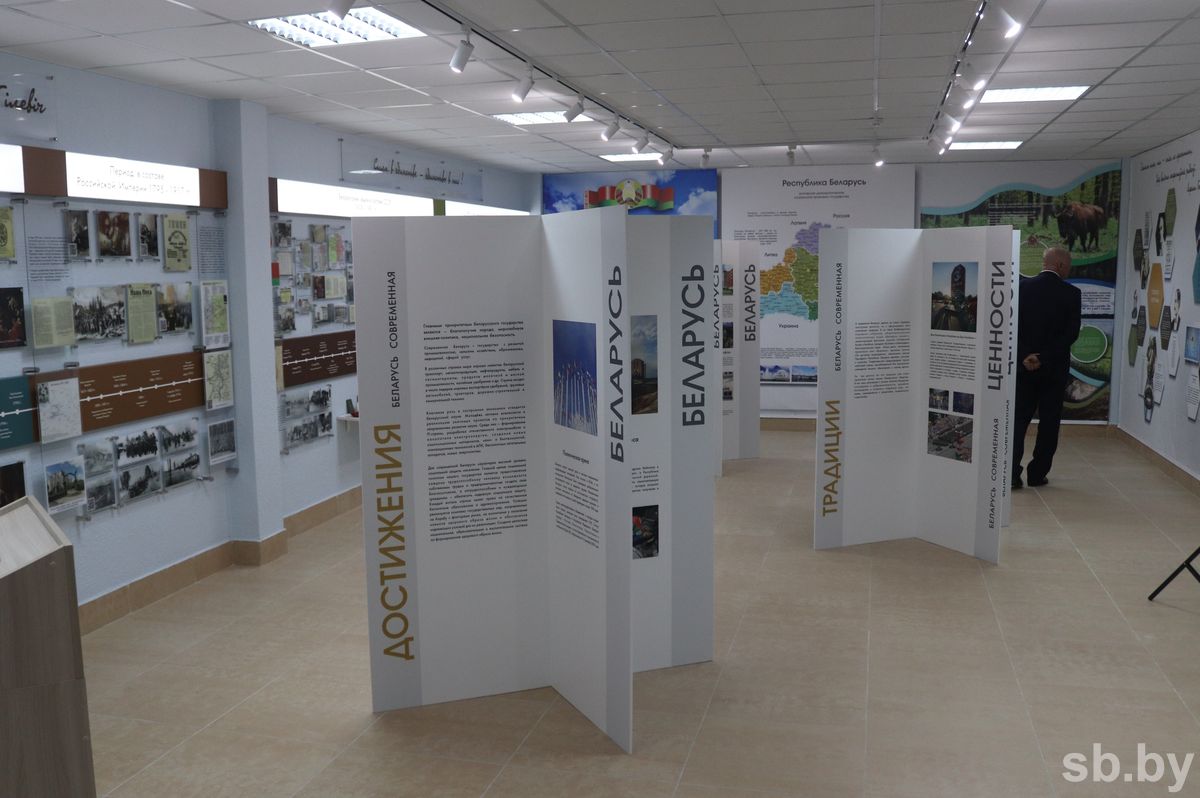 The museum is located on the basis of Sergei Gritsevets school No. 1 which was commissioned in summer – to welcome more than 1,700 pupils on September 1st. While preparing for a new academic year, it was decided to create a National Unity Museum. Its concept was proposed by the Deputy Director for Academic Affairs, Tatiana Maklyuk, who was joined by school teachers in preparing an interesting exposition.

“Our museum aims to educate citizenship, patriotism and national identity on the basis of state ideology and historical memory – not only among our young generation but also among adults,” Director Marina Kuptsova explains. “The exposition tells its visitors of Belarusian traditions, feats and heroism of our countrymen, and achievements of the modern Belarusian state. As a result, all these should help our guests realise that our strength lies in people’s unity.”

As Ms. Kuptsova adds, the school is named after a legendary pilot and twice Hero of the Soviet Union, Sergei Gritsevets. Moreover, it’s been opened in the Year of National Unity. With this in view, the museum concept combines the history of the Belarusian statehood and flight topics. Accordingly, two expositions have been prepared.

The Our Strength is in Unity! show is dedicated to the formation of the Belarusian statehood, from times of the Polotsk Principality to the present day. The exposition has QR codes, while its 3D stands feature information about the nature and population of Belarus, its cultural and economic features. Visitors to the museum can enjoy an opportunity to become virtual travellers to the Belarusian regions and get acquainted with the structure of state bodies, traditions, achievements and art of Belarusians.

In turn, the Immortal Feat of Winged Heroes exposition introduces its guests to the pilots whose life and fate are connected with Baranovichi. Visitors can also get into a real aviation simulator and see what a real hydro helmet and a pilot’s wetsuit look like.

According to Ms. Kuptsova, the authorities, city organisations and enterprises much contributed to the museum’s creation. Among the sponsors and partners are the Baranovichi City Executive Committee, the Defence Ministry, the 61st Air Base, the Baranovichi Museum of Local Lore, as well as Savushkin Product JSC, Santa Bremor JSC, and others.