Unmanned technologies are a promising area for co-operation within the EAEU and BelAZ has become a pioneer in this field – as noted by Mikhail Myasnikovich, the Chairman of the Board of the Eurasian Economic Commission 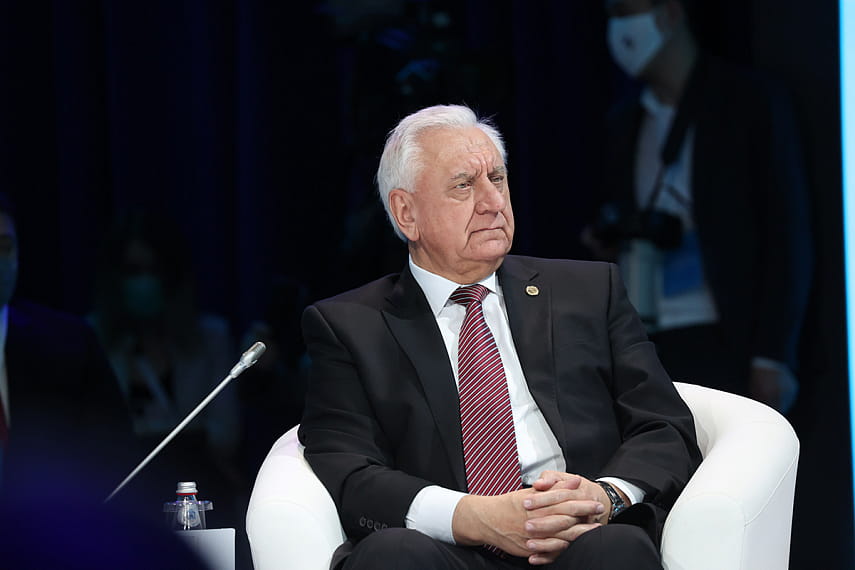 “A joint Belarusian-Russian project is now being discussed. It envisages development of new mining dump trucks with electric traction. I’d like to stress that while combining the potential it will be possible to establish large competitive Eurasian transnational corporations that could meet the needs of the domestic market and also enter the markets of third countries,” Mr. Myasnikovich said.

In his opinion, large-scale projects based on commercial interest should play an important role in development of the Eurasian Economic Union economy. Co-operative ties in priority sectors are strengthening to involve mechanical engineering, electrical equipment manufacturing, metallurgical production, light and automotive industry.

“I especially want to emphasise the need to develop co-operation in the automotive industry and, in particular, electric vehicle production. Belarus has significant experience in this production sector and also in the field of scientific research,” the official added.

Mr. Myasnikovich also informed that the Eurasian Economic Commission is working on new motivation tools. Jointly with other member states and the Eurasian Development Bank, the country is working over reasonable preferential conditions to finance industrial co-operation projects, while also exploring the possibility of using the Eurasian Fund for Stabilisation and Development resources and the mechanism of interstate programmes and projects.