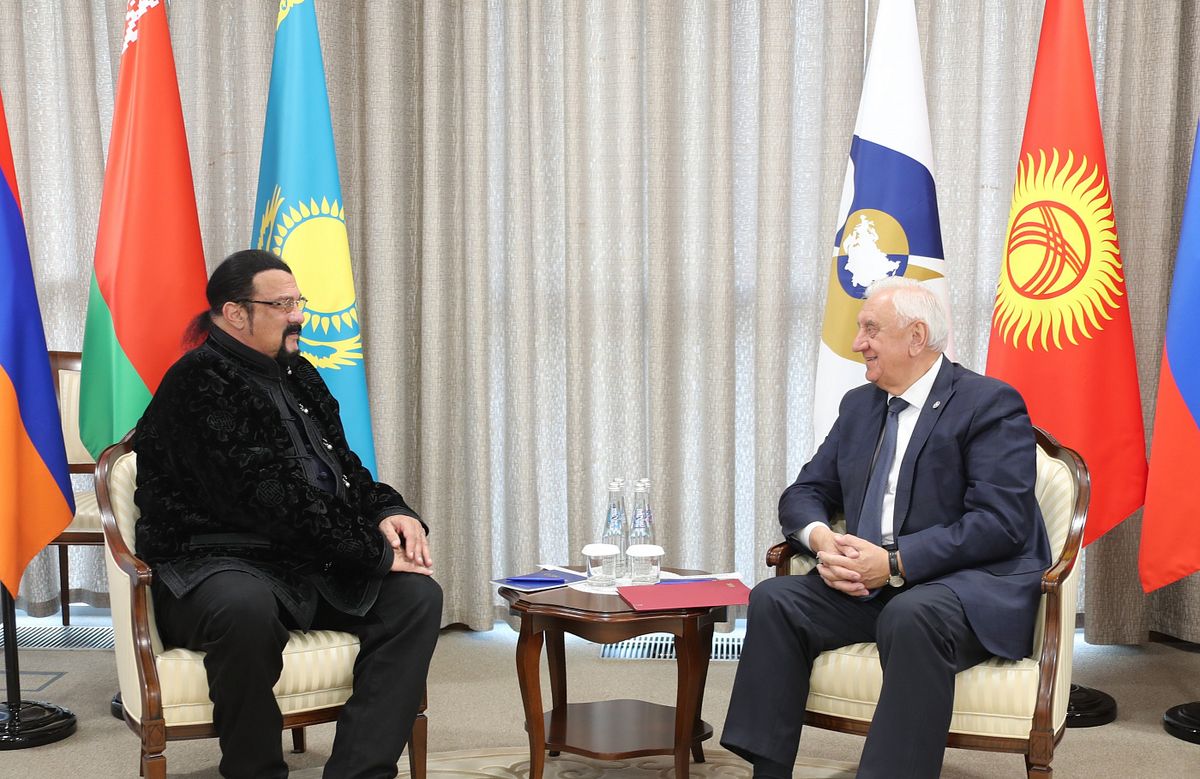 Mr. Myasnikovich informed on the main activities of the Eurasian Economic Commission, emphasising an important role of the Eurasian space in strengthening not only economic, but also humanitarian and socio-cultural relations between the peoples. Meanwhile, Mr. Seagal occupies here a significant place, taking into account his rich life, professional experience and worldwide popularity.

The Chairman of the EEC Board mentioned also the Eurasian Economic Forum held in Bishkek this year; the heads of the EAEU member states were proposed there to create a Eurasian film academy and a film award.

In turn, Mr. Seagal, thanked Mr. Myasnikovich for his warm welcome, noting that all countries of the Eurasian Economic Union are well known to him, and his family history is connected with some of them. The Russian Foreign Ministry’s special representative expressed readiness to hold regular meetings, including with the purpose of possible assistance in working out the EC’s initiatives of mutual interest. In 2016, Mr. Seagal paid a visit to Belarus and met President Aleksandr Lukashenko. 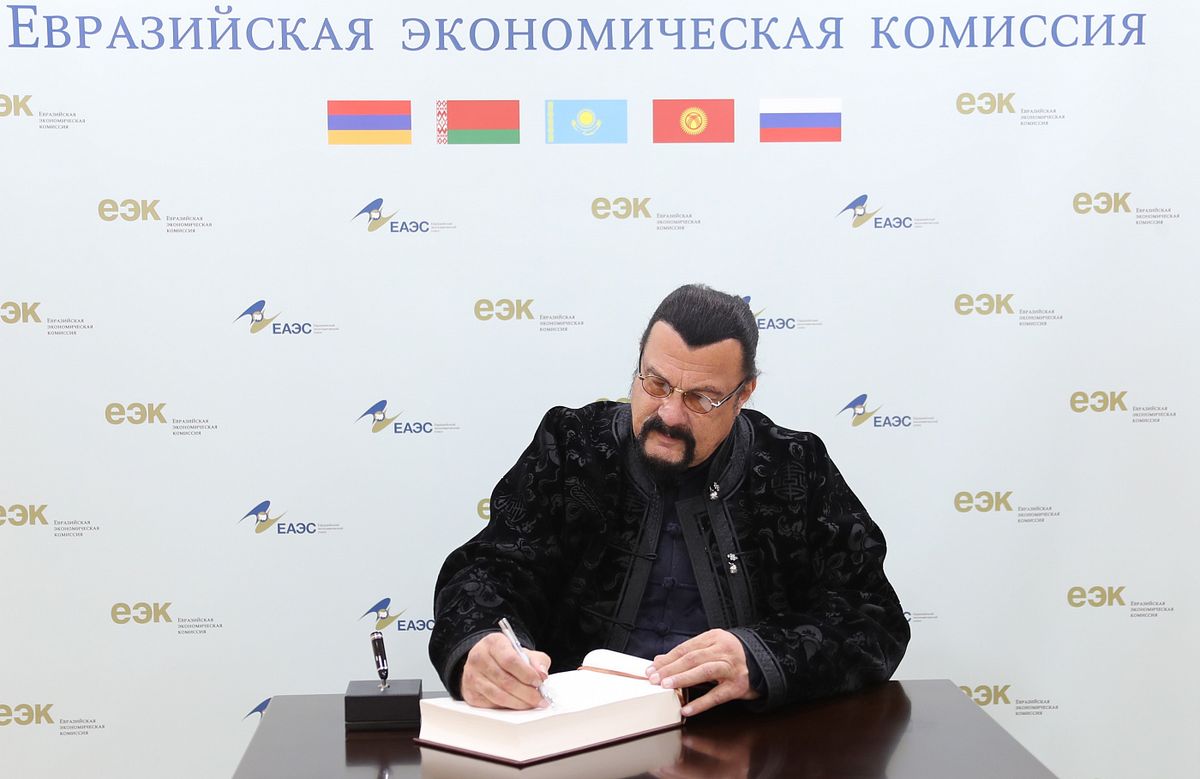