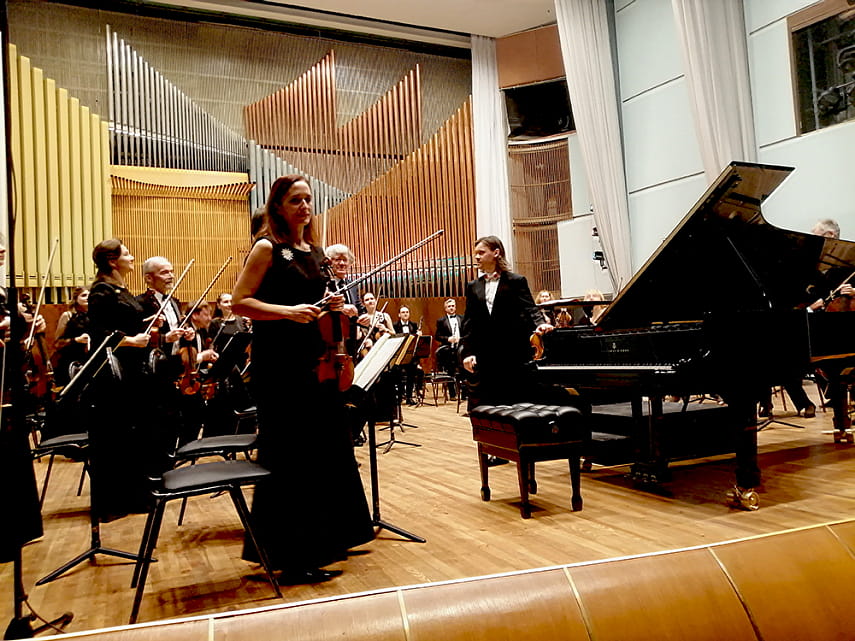 “One of our most remarkable events was a concert in memory of Metropolitan Filaret,” Aleksandr Nikita, the Philharmonics’ Director, admits. “People addressed us to organise such an event and we were happy to meet the request.”

The new 84th season has also begun with a cheerful high note. “Some of our projects are so grandiose that we even need press conferences to present them,” Mr. Nikita smiles.

Around 30 years ago, the Belarusian State Philharmonic Society attracted mostly professional musicians but it’s now enjoying an increasing popularity. Speaking of the secret of its success, Artistic Director Yuri Gildyuk notes, “The Belarusian Philharmonic Society is rich in concerts since it has preserved a variety of troupes which represent different genres. Among them are a symphony orchestra, two choirs, the Zhinovich National Orchestra, and many individual performers. In addition, we have a philharmonic hall for children and young people, pop and folk troupes. Accordingly, we are able to meet any musical request.”

Clearly, the Belarusian State Philharmonic Society would not have been able to preserve its creative potential without state support which covers all aspects of its work. “I’d like to thank our state, the Culture Ministry for the opportunity to work in this majestic building now,” Mr. Nikita notes. “I’m also grateful for the trust and the right to co-organise major state events.”

In 2022, the Belarusian Conservatory will turn 90 and the Belarusian State Philharmonic Society will celebrate its 85th season. “These two events are interconnected since the first Conservatory alumni became our first artistes,” Mr. Gildyuk explains. At that time, the traditions were created which the musicians continue following until now.