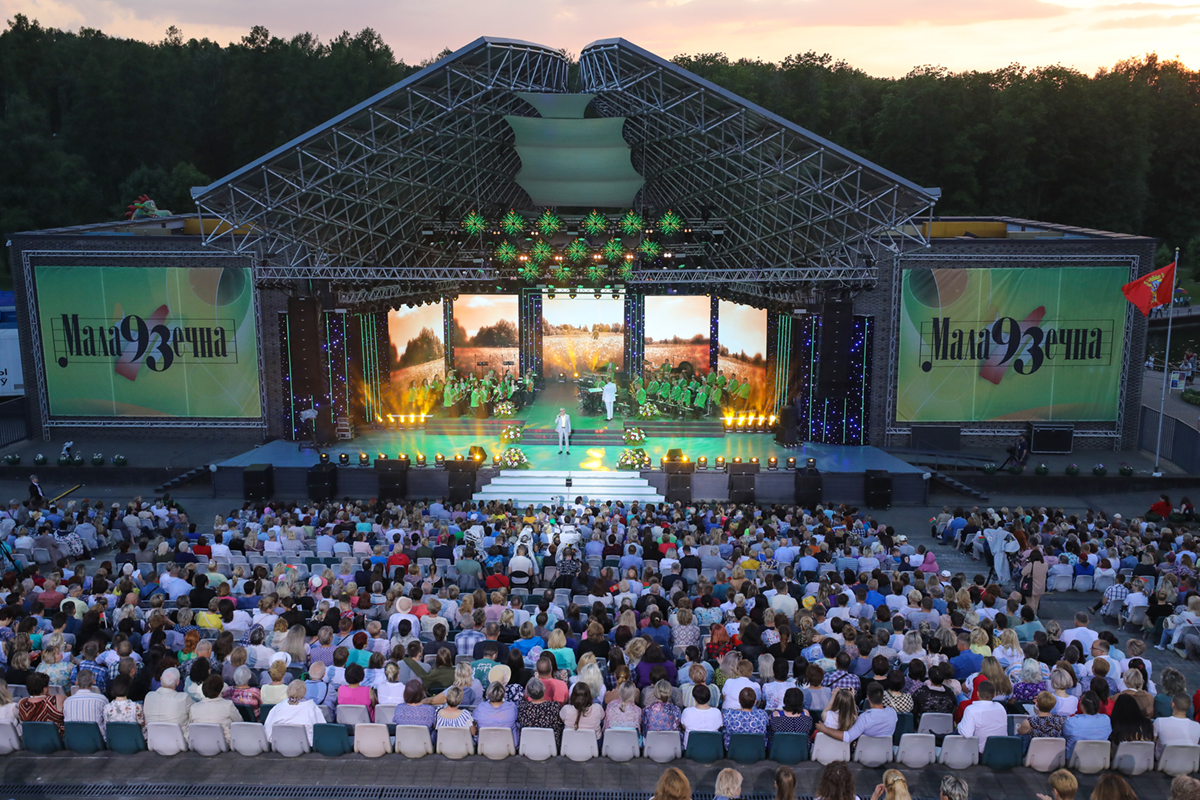 Molodechno became a point of attraction for lovers of their native language for two days in June. Festival notes about cultural events for various tastes — music, literature, theatre, cinema, folk art — could take dozens of pages of the most positive assessments and impressions. But let’s remember the bright events and new projects launched this year by the most famous cultural brand of Molodechno.
The main intrigue of the first day was revealed at a gala concert during the awarding ceremony for the winners of the Republican Contest for Young Performers of Belarusian Pop Songs. This year, the charismatic Anna Rybakova from Mogilev won the Grand Prix and a special prize named after Vladimir Mulyavin, established by the decision of the President — a crystal guitar. 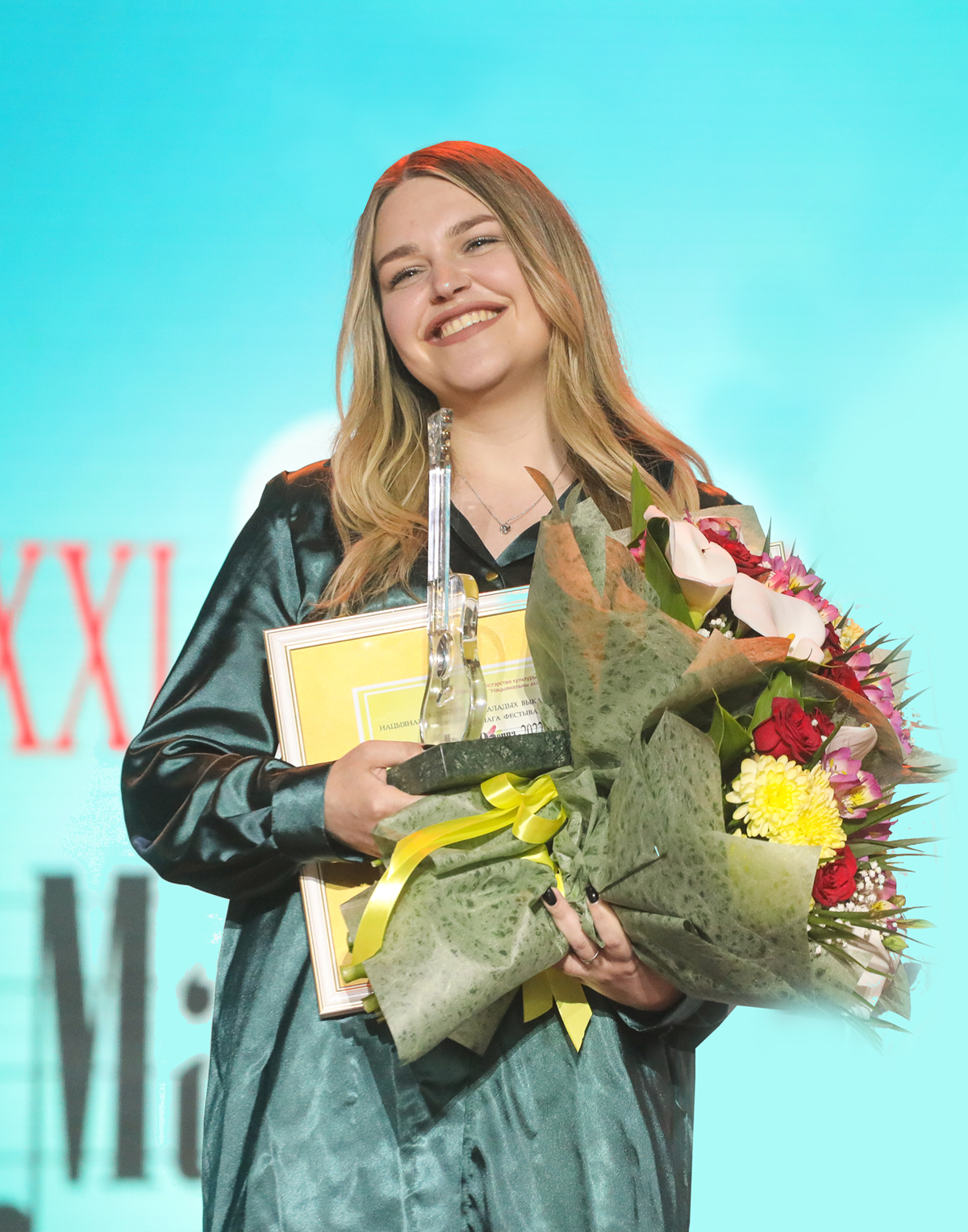 Anna Rybakova — winner of the Grand Prix and
a special prize
“For a whole year I was diligently preparing, discovering new facets and vocal techniques. Collaboration with the teacher gave results. Unfortunately, the 21st forum was held for the first time without its founder and inspirer, Mikhail Finberg, so the name of the maestro was warmly remembered more than once at various venues. In addition, as Culture Minister Anatoly Markevich said during a press scrum, official procedures are now underway so that the National Academic Concert Orchestra of Belarus, which has been led by Mikhail Finberg for many years, bears his name,” said the lucky winner.
The Belarusian Union of Composers shook the hearts of the guests with a fascinating premiere. The unique Musical Olympus project with the presentation of special awards to domestic masters of music will add another bright page to the annals of festival traditions. The audience of the concert remembered the legacy of the best masters of the country, listened to their golden hits, remembered with nostalgia those colleagues who are not present with us, but their work lives on in melodies that have gone to the people.
People’s Artist of Belarus composer Leonid Zakhlevny, with whom he also had a creative meeting the day before, received a special diploma ‘For Honour and Dignity in the Profession’.
“It’s nice that the works of our composers sound worthy. They are not ashamed to perform outside our country. Naturally, a song cannot be without words, poetry is very important. Our song is a treasury of culture, something that should sound loudly, be fuelled by the traditions of the Belarusian ethnos. In Molodechno, we listen not only to accomplished artists, but also get acquainted with new voices. I liked the level of young performers. I think they have a great future,” emphasised Leonid Zakhlevny.
The Republican festival of creative ideas and solutions for young professionals in the field of culture has also become an interesting part of the rich programme. Creative and artistic youth from different parts of the country, taking their first steps in the profession, shared their views and projects with Culture Minister Anatoly Markevich. He is convinced that meetings in such a free format are necessary, because it is the younger generation that builds the present and future of the sphere that shapes and spiritually enriches the individual. Anatoly Markevich shared his thoughts on why people need festivals like Molodechno 2022,
“They highlight our great history, our heritage. In the city we see people who smile, discuss various issues together, sing, dance and express their feelings. This is the main thing, because culture should speak the language of feelings, awaken sympathy in a person and also give joy to others.
Working on the organisation of the festival, we have preserved the good traditions developed over the years, combining them with new formats. The forum has a foundation, and it is very solid. At the same time, let the 21st festival be the beginning of good traditions that are being laid right now.”