The attention of the world media to our country these days is intense. The reason for this is the situation on the Polish border. Minsk, unlike Warsaw, does not hide the problems of refugees. If the Polish side has closed the zone of events from journalists, then, on the contrary, we demonstrate a deep interest in broad coverage of the topic, reasonably believing that maximum publicity here will help unblock the migration knot. Absolute openness is either there or not. You can’t play it. On the contrary, restrictions on the dissemination of information are an excellent screen for information. 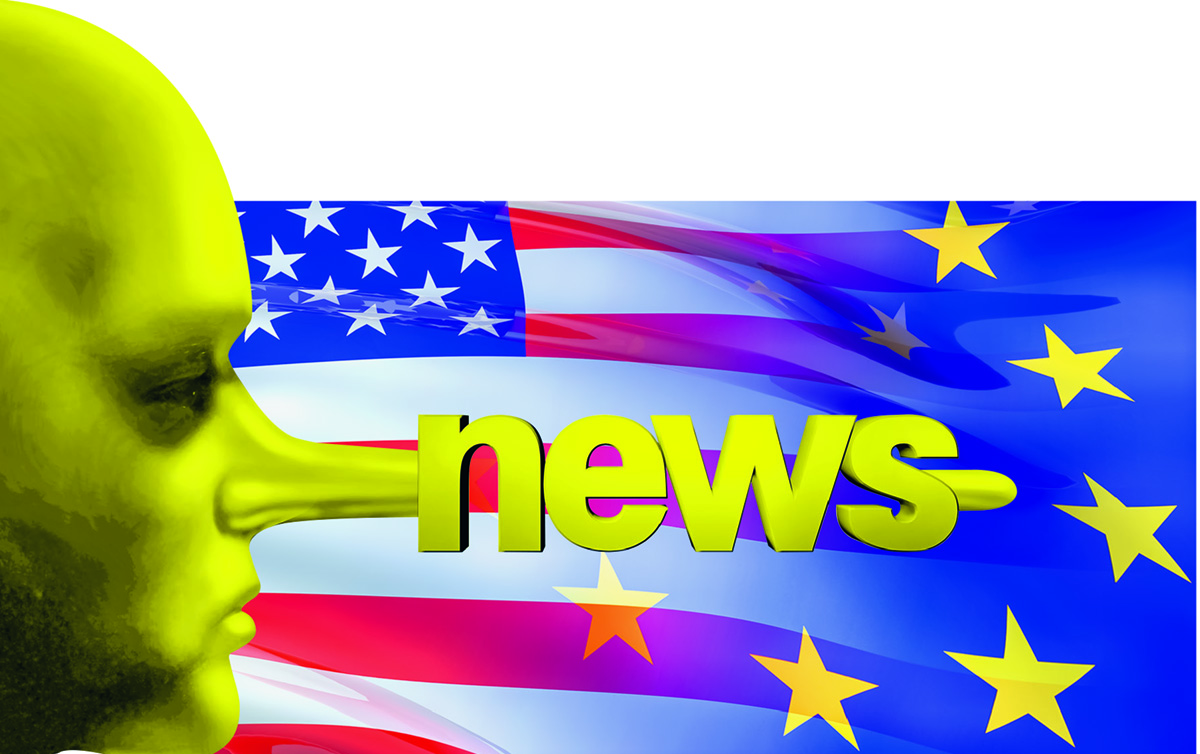 The grandees keep the balance

It may seem surprising that the largest European and US media have taken a predominantly statement-making position with an emphasis on the humanitarian aspect.
In particular, the British BBC and the American CNN TV Channel have recently shown a trend towards more balanced coverage of the refugee situation. Moreover, the CNN journalist in one of their reports directly emphasised the difference in the approaches of the Belarusian and Polish authorities to the procedure for working and admitting media to border areas. It is noted that while Belarus provided journalists with access to the border, ‘Poland is doing everything possible to hide the situation from the world community, blocking access to media, representatives of charitable and international organisations’.

However, there is no ideal solution but there is another side. The Sky News TV Channel remains true to itself, promoting exclusively the pro-Polish agenda for which it has paid. The access of its journalists to the border zone from the Belarusian side is limited.

Who would doubt that Poland and Lithuania are traditionally the main purveyors of information attacks on Belarus. It is puzzling that Estonia has joined them though Estonia does not come close to the reasons that drive Warsaw and Vilnius.

With the Belarusian agenda, they are trying to kill at least two birds with one stone. On the one hand, they distract their own citizens from overripe internal problems and thereby try to bring down the degree of growing social tension. On the other hand, they go out of their way to show the entire European Union their exceptional role in protecting its eastern borders and thus bargain for special additional bonuses.
Hence the scenario of a true media show about the Belarusian-Russian threat.
All the main media resources are thrown into the promotion of this production: Rzeczpospolita, Gazeta Wyborcza, portals Onet, Wprost, Wirtualna Polska in Poland; BNS, LRT, Delfi, 15min.lt in Lithuania; ERR, Postimees in Estonia.
The main emphasis is ‘the successful repulsion by the Polish side of a hybrid attack on the EU’, comprehensive support for the actions of the Polish authorities (in a significant part of the Latvian, Lithuanian and Estonian media). Responsibility for what is happening rests entirely with the Belarusian side.
The Lithuanian media is also characterised by a significant layer of publications dedicated to the dispute that has unfolded in the country’s ruling circles about the possibility of direct negotiations between the EU and the President of Belarus. They have found something to gossip about.

Angela Merkel made it clear to everyone that it is necessary to speak first of all with those who have the ability to make decisions and ensure their implementation. Taking into account the scale of the problem, no one except Aleksandr Lukashenko from the Belarusian side can act with such a complicated algorithm of actions.

On the backing vocals

While Warsaw and Vilnius have long looked askance at Minsk, Kiev is a relative newcomer to this company. Some time ago, it was insulting to feel its betrayal. After all, official Minsk has done a lot of good for Ukraine.

In the Ukrainian media, the situation with the refugee crisis is presented mainly in a negative anti-Belarusian format. The main leitmotif of tendentious articles boils down to the thesis that this crisis was allegedly initiated by Russia while Belarus acts as an executor.

For the sake of fairness, it must be said that there are media in Ukraine which strive for objectivity contrary to the official line. The NASH TV Channel, for example, became the only one to offer live broadcasts from the Polish border, which made it possible to partially neutralise the one-sided presentation of the refugee crisis in the Ukrainian media field. Pershiy Nezalezhniy (First Independent) TV Channel, as well as a number of print and electronic media, including Vesti.UA and Strana.UA, took a position similar to the NASH TV Channel with regard to Belarus.

In the rest of Europe, approaches to reporting on the refugee crisis are mixed. There are media outlets promoting exclusively anti-Belarusian agenda. In the forefront is the Euronews TV Channel, as well as the main French media Le Figaro, Le Monde, Le Point, La Croix. They widely cite Polish politicians while the official Minsk position is practically invisible in their materials.
The refugee crisis continues to be on the agenda of the leading German media. ARD and WRD TV channels — accredited in Belarus — pay a lot of attention to the topic. The tonality of the materials is predominantly balanced and informative. They contain short interviews with refugees at the border. In a positive vein, German journalists note that Belarus has ensured the minimum necessary living conditions for people in the border zone.
Also, the problems of the refugee crisis are presented in the media of Holland, Switzerland and Finland in a relatively balanced manner. At the same time, one cannot say that there are media here that support the position of the official Minsk. Moreover, the creation of rumours and fake news continues.

Against this background, the media fields of Bulgaria, Hungary and Serbia stand out. There is little author’s journalism here, but reprints from Belarusian, Russian and western media are done in approximately equal proportions. In addition, in Serbia, the incident with the use of water cannons and chemicals against refugees by the Polish security forces received a great response. 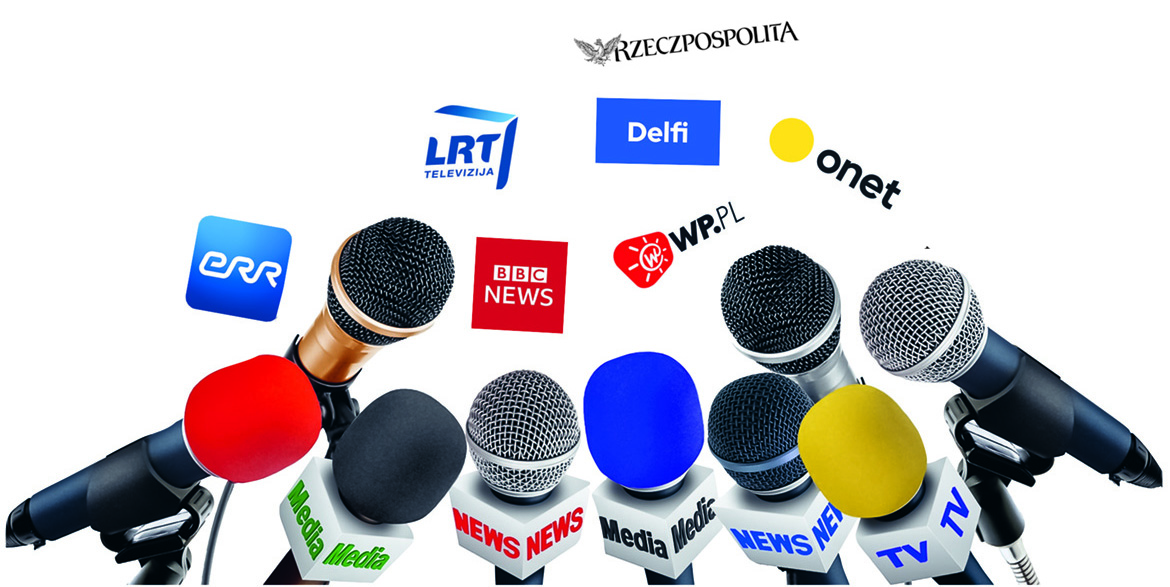 A rather curious picture emerges.
A special intensity of hysteria is characteristic, first of all, of our close neighbours: Poland, Lithuania, Ukraine and partly Latvia. The authorities of these countries do not want to hear the voice of reason. They do not respond to signals about the need for negotiations to resolve the problem, to establish co-operation between the security structures on both sides. One gets the impression that official Warsaw, Vilnius and Kiev are doing everything possible to not only not solve the problem, but to turn it into an unsolvable one in principle.
Meanwhile, the further from the border, the more thoughtful they are about the problem. There are different opinions there. It seems that the authorities of Western Europe are ready to study not only the Polish-Lithuanian point of view, but also the Belarusian one. And this tendency is understandable. After all, if the Poles suddenly open the border, the refugees will not stay on their territory for a long time. They will simply pass through the country to the west, where Germany will have to disentangle this problem. And this ‘play’ is much sadder for it and for a number of the neighbouring countries.