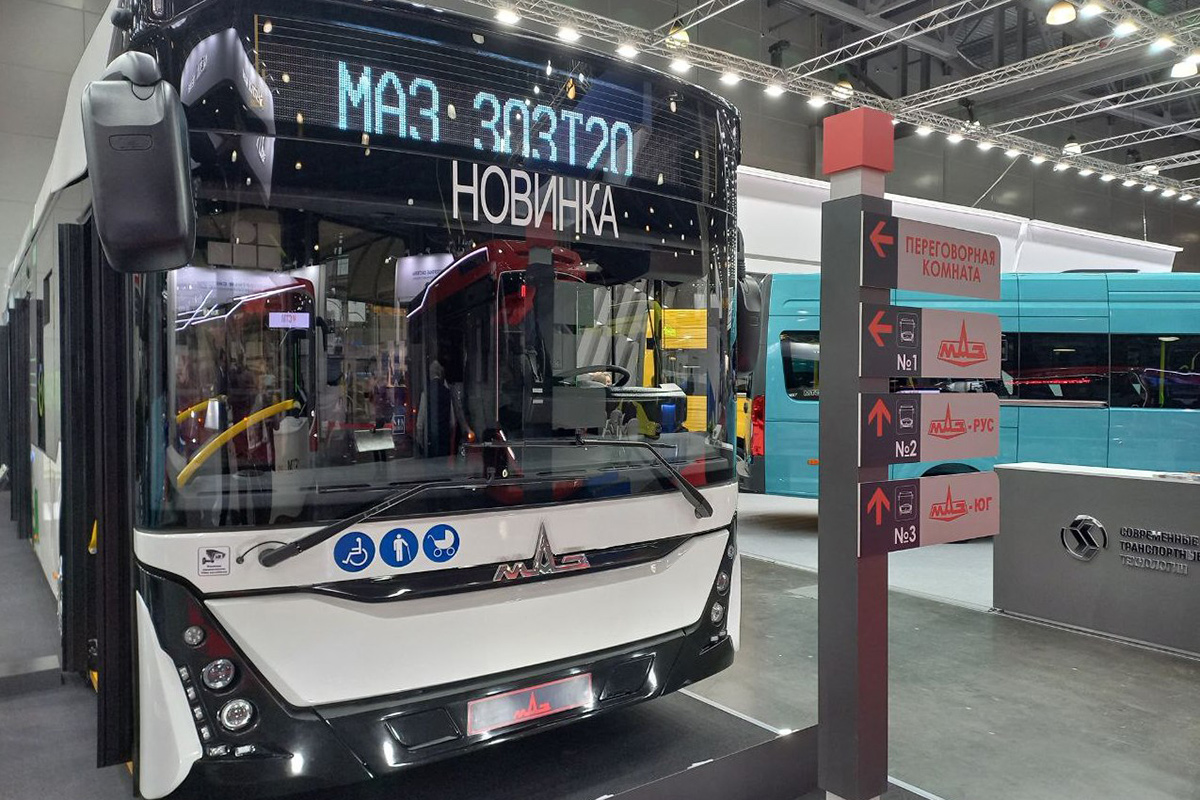 Visitors to the BW EXPO 2022 exposition saw an innovation from the enterprise: a large-class electric bus MAZ 303E20, designed to transport passengers along urban routes.

“This electric bus is assembled from ‘anti-sanction’ components of Belarusian and Russian production and is equipped with traction equipment with an engine control system, traction batteries and a multiplex system manufactured by Russian Itelma,” the company’s press service said. “The driver’s workplace, including the dashboard, is also Russian-made. The frame of the electric bus, the front axle are made by MAZ, aluminium profiles, plastic used in the casing and facing materials, interior and exterior parts, seats, tyres, electrical components, information boards, glazing and much more are made in Belarus. Domestic companies have also developed software products and were responsible for engineering.

MAZ second innovation, demonstrated at the Moscow exposition, was the third-generation urban trolleybus MAZ 303T20 of a large class, boasting a passenger capacity of 82 people. The model is equipped with an asynchronous electric motor with a rated power of 155kW. The capacity of hybrid supercapacitors is 36kWh.

“Experts determine the service life of supercapacitors at 20,000 cycles. The reserve of an autonomous course is from 20km to 50km. The new trolleybus has 30 seats, 14 of which are on the low floor,” the MAZ press service added.