During the 9th Forum of Regions of Belarus and Russia, which is being held in Grodno, Valentina Matviyenko, the Chairperson of the Federation Council of the Russian Federal Assembly, noted that the time in which we live poses a number of serious strategic tasks for the Union State 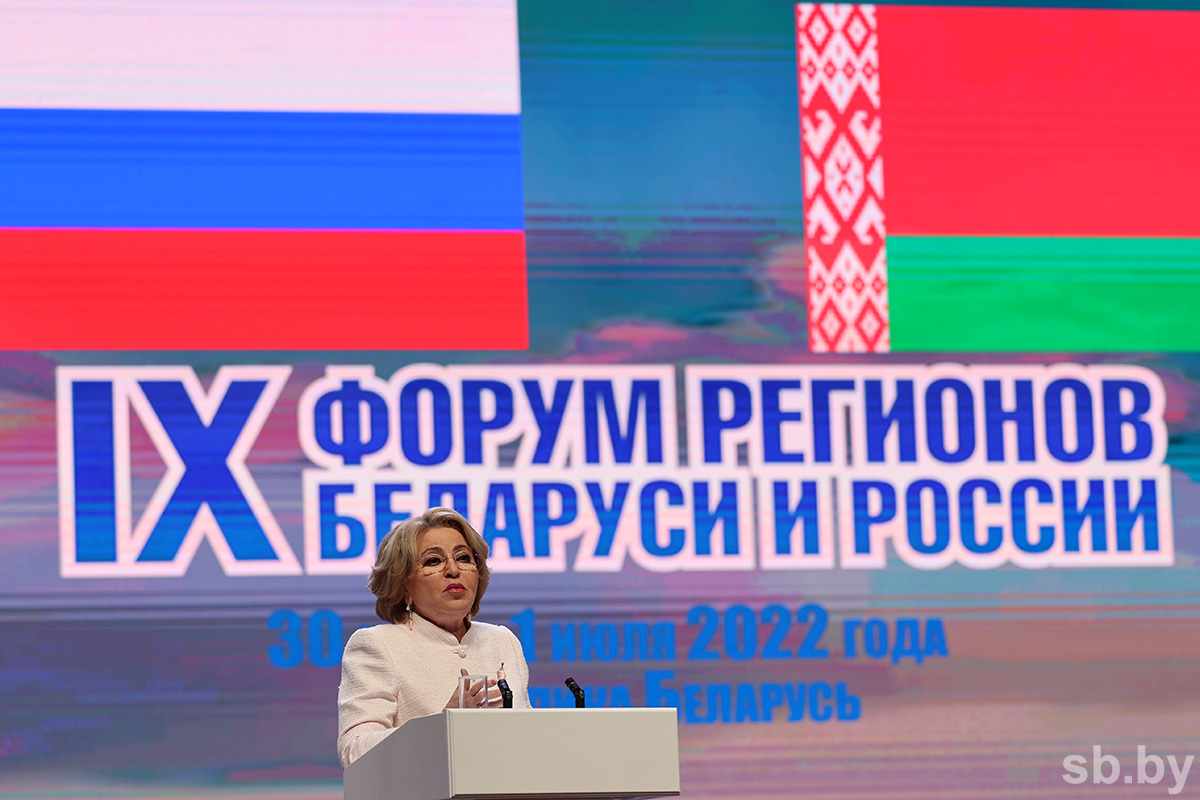 “Obviously, it is the regions that are the driving force able to efficiently solve these problems and lead our states to a confident movement forward. Of course, the key task is to ensure technological sovereignty and import substitution. We do not have the goal of replacing everything, but in critically important industries and science-intensive industries, achieving technological independence is of fundamental importance. There is a well-known expression that ‘in the middle of every difficulty lies opportunity’. Our regions view the current external economic situation through this prism, perceiving sanctions and curtailment of certain foreign productions as a ‘window of opportunity’, a chance to build their own capacities and create new co-operative ties,” said Valentina Matviyenko.

The Chairperson of the Federation Council added that many regions are already actively occupying the vacated niches. For example, Nizhny Novgorod and Belarusian pharmaceutical companies have agreed to process blood plasma for the production of drugs based on it while Rosagroleasing and Belarusian Gomselmash signed an agreement to increase the supply of agricultural machinery.