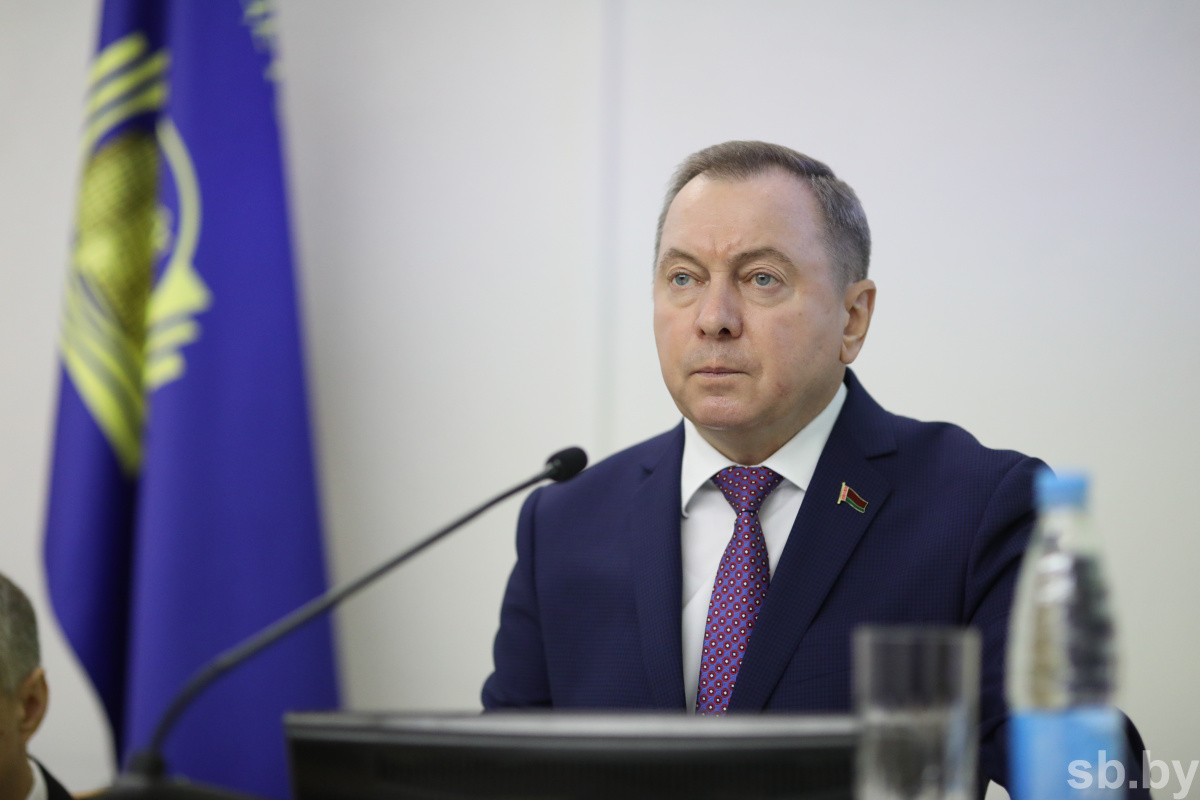 Mr. Makei believes Belarus has become an example of impotence of Western sanctions. “Years of being under Western sanctions have simply hardened our young state. The Belarusian economy has gained invaluable experience in how to work and develop in crisis conditions, to rely on its own strength, to establish partnerships with other regions of the world, and to appreciate true friends," he explains.

As noted by the Foreign Minister, the situation which Belarus faces at the moment is, on the one hand, a serious challenge and a test of strength. On the other hand, it produces a chance and gives new opportunities to reformat the country’s approaches in its foreign economic activity in order to find new growth points contributing to greater stability of the national economy, and to attentively assess the prospects for co-operation with partners and allies in the military-political sphere that is directly related to protection of Belarus’ sovereignty.

"We are actively exploring new niches and directions for expanding the geography of Belarusian exports, primarily in the East. We have somewhere to go. We enjoy support of our strategic allies and close partners. Moreover, most of the countries – where the overwhelming majority of the world's population lives – do not support the tactics of sanctions pressure and do not join it," Mr. Makei adds.

According to the Foreign Minister, Belarus has resources for retaliatory measures that will be applied to protect national interests. “Any attempts by the United States and the European Union to isolate and restrict Belarus or to change its policy with the help of sanctions are doomed to failure," he stated.

In his article, Mr. Makei informed that – according to Western experts – sanctions against Russia in the period from 2014 to February 2022 cost Europe more than 100bn Euros. In turn, it is hardly possible to asses a huge damage caused by the sanctions imposed since the beginning of the Russian special operation in Ukraine, which are boomeranging against their initiators, including the United States.

"Belarus is a much smaller state in terms of economy, but sanctions measures against us also have a price, which European businesses are already paying with millions of Euros and Dollars of broken contracts and lost profits. Have the gentlemen who advocate sanctions calculated this damage to their businesses and economies? I think it is unlikely, since it will not affect those who make such decisions in warm offices. However, I really want to believe that common sense will prevail among our partners. It is impossible to achieve a positive result using destructive methods and techniques as barbaric as in colonial times," Mr. Makei stresses.

The Foreign Minister emphasises that Belarus remains a predictable and responsible partner, open to mutually respectful dialogue, constructive and mutually beneficial co-operation with all foreign countries that are ready for it and that are sincerely interested in it.