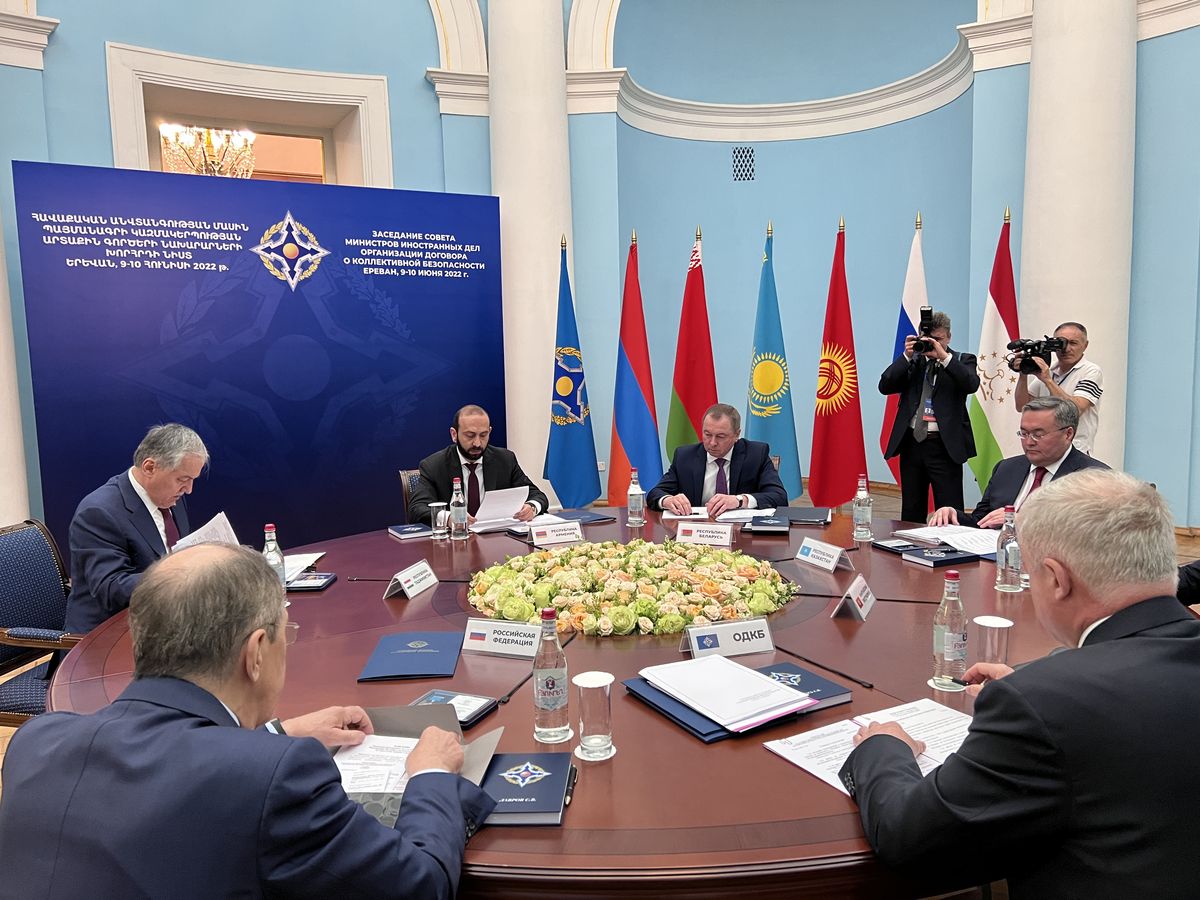 “You can see what threats and challenges are now emerging in the world for the post-Soviet space, including the CSTO members. These include global challenges (climate change and coronavirus pandemic) and events that pose a threat directly to the CSTO: the situation in Afghanistan and NATO strengthening on the western borders of our organisation, among others. With this in view, we are not going to rest on our laurels while celebrating these anniversaries. On the contrary, we discussed the issues related to strengthening of our organisation during today’s meeting, also focusing on its place in a new system of international relations,” the Foreign Minister said.

Mr. Makei stressed that the CSTO foreign ministers believe the organisation ‘should be able to adequately respond to the challenges and threats that, unfortunately, emerge almost daily’. With this in mind, the meeting participants paid much attention to this issue, sharing views on the development of the international situation in the region.

“I informed on the measures being undertaken by the NATO bloc at our western borders. Sadly, we register escalation of tension – which is directed, among other things, against the CSTO. The number of NATO troops stationed at our borders is growing, not to mention an increasing intensity of exercises conducted annually by the Alliance,” the Foreign Minister stressed.

Belarus’ Foreign Minister added that a plan of consultations of the CSTO representatives on foreign policy, defence and security until 2024 was approved. It envisages consultations on co-ordination of the CSTO members’ positions in the field of international and regional security, the UN and OSCE agenda, as well as arms control, disarmament and non-proliferation.

Moreover, a statement on international security issues was adopted by the CSTO foreign ministers. It expresses deep concern about the ongoing degradation of the international security system, while reaffirming a common position on upholding and strict observance of the principle of equal and indivisible security. The document recognises the inadmissibility of strengthening security of some states at the expense of others. The CSTO foreign ministers advocate further strengthening of the UN Security Council’s dominant role in maintaining international peace and security, entrusted to it by the UN Charter.

“Speaking in general, the meeting of the CSTO Council of Foreign Ministers in Yerevan was eventful, productive and effective. I am convinced that the decisions taken as part of it will serve as a good basis for our organisation to further strengthen,” Mr. Makei concluded.