During a wreath-laying ceremony at the Mound of Glory today, President Aleksandr Lukashenko noted that Belarus had long ago determined its participation in the special operation in Ukraine 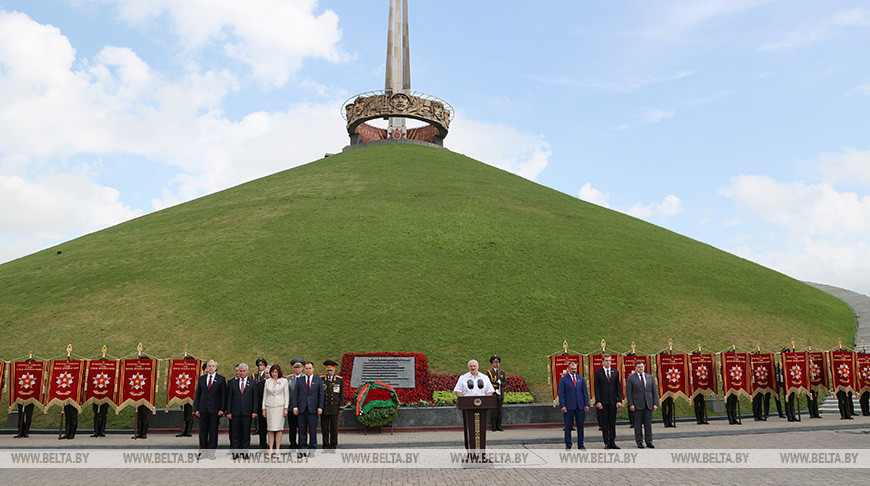 “This was done on the first day of this operation when I said that we will not allow anyone to shoot Russians in the back. We took up defences from the Brest Fortress along the southern border in order to prevent this blow in the back to the Russian people from NATO troops. They cannot forgive us for this.”

The President recalled the decisions taken to increase the number of NATO troops in Eastern Europe ten-fold, “Why is it done in peacetime? In order to fight. We need to withstand. We will do everything to survive and to win, so that this grey-haired mound always sees our unity and understands that we do not betray the memory.”