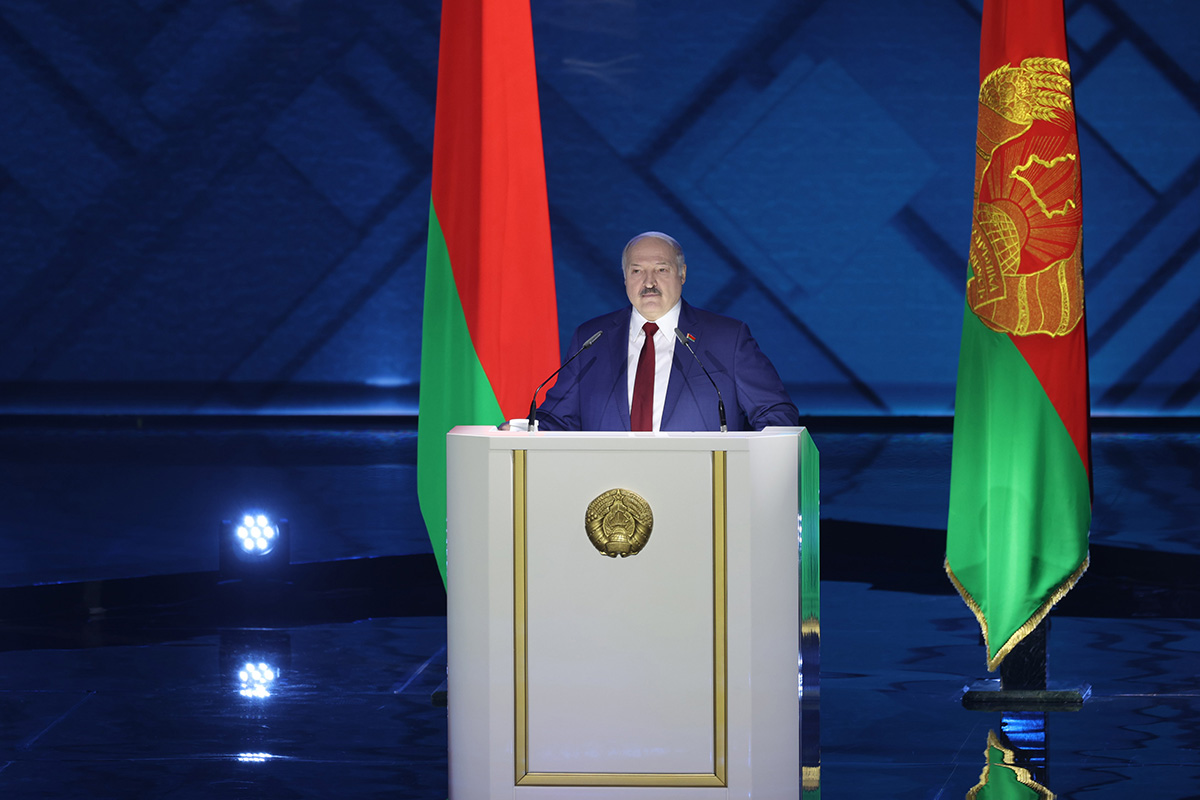 “In the times that are momentous for our country, the key address of the year is being held in front of the most representative audience. These are deputies and managers, scientists and practitioners, doctors and teachers, workers and farmers, military and media workers, representatives of creative professions, pensioners and young people. Guests from all corners of the country are present here. Those were you who proposed me to turn to such a scale during my recent meetings with state activists. This is becoming a new tradition, a new format of the President's future addresses – if the new Constitution is supported – not to Parliament, but to the Belarusian People's Congress,” Aleksandr Lukashenko addressed those present.

The President noted that the state’s political position is being voiced from the Palace of the Republic. It is now necessary to assess the events and processes that are taking place, and mobilise society to implement the most important decisions. Aleksandr Lukashenko stressed, “2021 was the Year of People’s Unity. It demonstrated the Belarusian’s solidarity and resilience to the whole world – also showing that we can live with our minds, cherish our existing values and jointly create new ones. We have withstood a number of serious tests, primarily related to the coronavirus, sanctions, and waves of the migration crisis. It is already clear: we coped with the challenges only thanks to our unity. Modern conditions force us to be even more focused and purposeful, to build up long-term mechanisms aimed at preservation of peace and security on the Belarusian land and in the region literally on the fly, to form new growth points in the economy rather than to simply get adapted to the existing changes.”

The Head of State emphasised that – being in good shape and confidently looking to the future – Belarus has approached the most important period of its modern history: renewal of the political system and a new level of interaction between the state and society.

Aleksandr Lukashenko said, “We have been steadily following the decisions of the 6th Belarusian People's Congress. Throughout the year 2021, we were attentively and scrupulously preparing a draft Constitution that fully meets the needs of society. As a result, a draft of the updated Basic Law has been submitted to a nationwide referendum. Realising the strong credit of trust that the people gave to the President, I am counting on an active support of our country’s citizens of the state position at such a crucial moment. This refers not only to the referendum vote, but also the dynamic transformations that we will need to make together.… I urge to be ready for an intensive work which will not only enable us to preserve our country during a new redivision of the world, but also to build our future.”