The President of Belarus, Aleksandr Lukashenko, is visiting today Zhuravlinoe agricultural company in the Pruzhany District. The Head of State asked Agriculture and Food Minister Igor Brylo about the progress of the harvesting campaign. The latter reported to the President that 3 percent of the area had been cleared during Thursday, promising that the grain crops in the country would amount to 7 million tonnes already on Sunday. This is 85-86 percent of the total area to be cleaned. Particular attention is paid to lodging crops. Aleksandr Lukashenko also drew attention to the issue of cultivating fields and applying mineral fertilisers, since this is primarily the basis of the harvest. 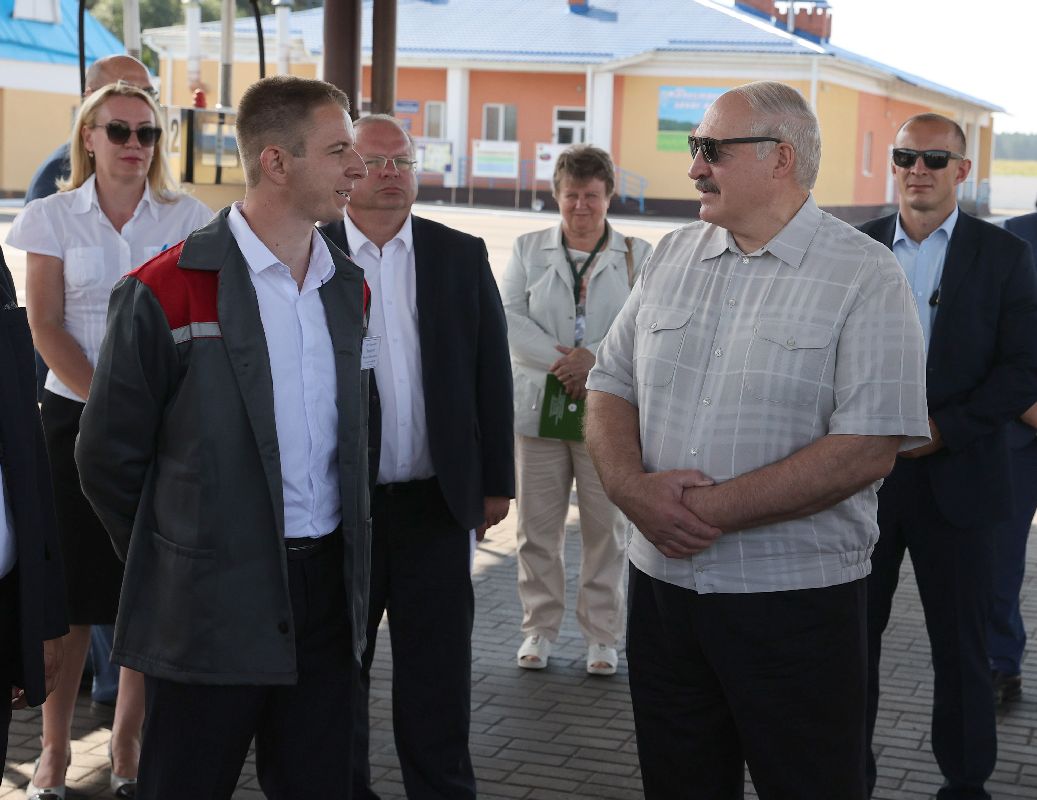 “We need to keep the application of mineral fertilisers, as it was this year, and add a little bit, enabling us to have 11-11.5 million tonnes of all grains,” said the Belarusian leader.

Aleksandr Lukashenko noted that the task of achieving such a yield was set for a two-year period, but it was already achieved this year. Good weather helped us, but strict adherence to technology is also important. At the same time, the President again focused on the need for discipline in agriculture, including the application of mineral fertilisers.

“The whole problem with chemicals and glyphosate is that the strictest control is needed.”

The topic of sowing winter crops for next year’s harvest and soil preparation was also discussed in detail.