At the request of a schoolboy from Borisov, the President of Belarus voiced his motto during today’s meeting with the country’s pioneers 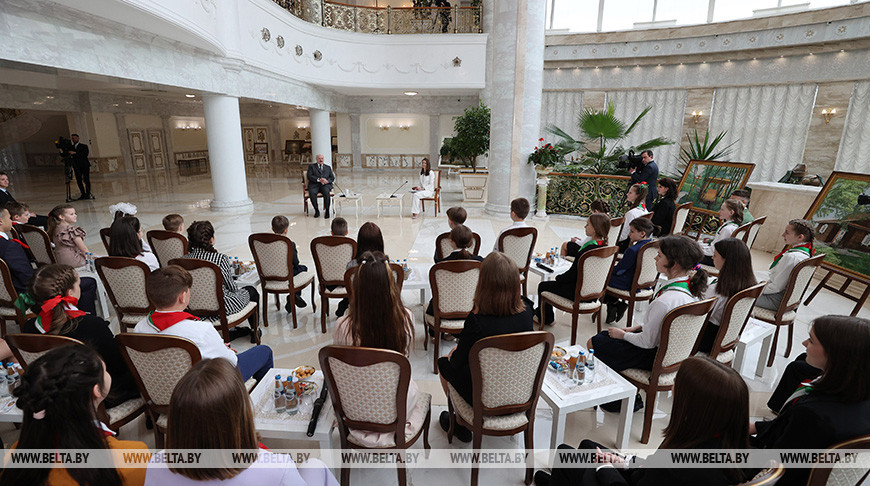 “Only forward – and together! Remember, guys, this is very important. You should in no case stop. Our life is very stormy and exuberant. I tell adults the same: if you stop, then a crowd will be behind you – and they will trample you! Only forward – every day, step by step, but always move forward and never stop,” Aleksandr Lukashenko said.

During his conversation with the younger generation, the Head of State emphasised that pioneer traditions have not been preserved anywhere like in Belarus. “Pioneer and Komsomol organisations have been completely destroyed in the post-Soviet space – being replaced by other forms. We have, in turn, preserved our pioneer organisation," he stressed.

Aleksandr Lukashenko said that it was his initiative to save the system of such organisations during the first years of his presidency. However, the authorities then did not really delve into the Belarusian Republican Pioneer Organisation’s work, so – as the Head of State noted – today’s meeting is a signal: the President sees and understands the role of pioneers in public life.