Belarus and Russia are stepping up joint work on import substitution – as stated today by Aleksandr Lukashenko during his meeting with the Governor of the Nizhny Novgorod Region, Gleb Nikitin 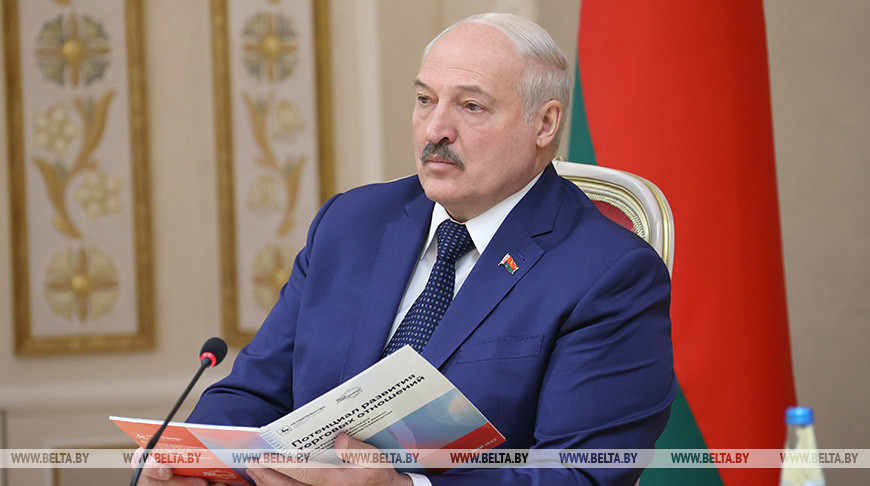 The Head of State noted that there is an agreement with Vladimir Putin to produce, for example, semiconductors, no matter how much it costs, “Maybe they will not be of the same level as those in the United States, Japan, and Korea, but airplanes and rockets will fly and cars will move around. We will not drive Mercedes cars for a while but we will drive the cars that we have. Russia announced that they would manufacture Lada and Moskvitch vehicles. What’s wrong? These are not the same Soviet Moskvitch cars, of course, but maybe they are not as good as Mercedes cars yet. However, the time will come and we will have our own Mercedes-class cars. We don’t need much time for this.”

The Belarusian leader noted that large foreign companies that once worked in our countries left a very high level of qualification here, “Our people have learned a lot. We need time to replace these imports, which we are currently doing.”

Aleksandr Lukashenko also drew attention to the fact that after the collapse of the USSR, Belarus did not destroy its industry,

“We have kept and significantly improved what was left from Soviet times. We have twice surpassed the level of Belarus’ development when compared with Soviet times and were the first to reach the level of Soviet times within the post-Soviet space. We quickly recovered and began to develop our own industry, primarily, machine building: MAZ and BELAZ vehicles, buses, etc. All these are of quite a high level. Today, these are completely our enterprises, which used to complete with German companies on the Russian market. It was not very easy to work then on the Russian market for various reasons. Today these problems have been removed. We share a common market, so let’s move and develop.”

Aleksandr Lukashenko also noted Belarus’ achievements in the space industry, “Recently we’ve been in the Far East, at the Vostochny Cosmodrome. It turns out that we are in demand there. We have a very developed space industry in terms of satellites.”

Another area for joint work is nuclear energy.

“Now we can build nuclear power plants anywhere together with the Russians,” noted the President of Belarus. “In general, we can build ourselves, but Russians are good at some technological equipment, such as reactors and some complex things that are secret. You have done a lot to teach us this. Therefore, we also received a lot of competencies in Belarus from this construction site.”