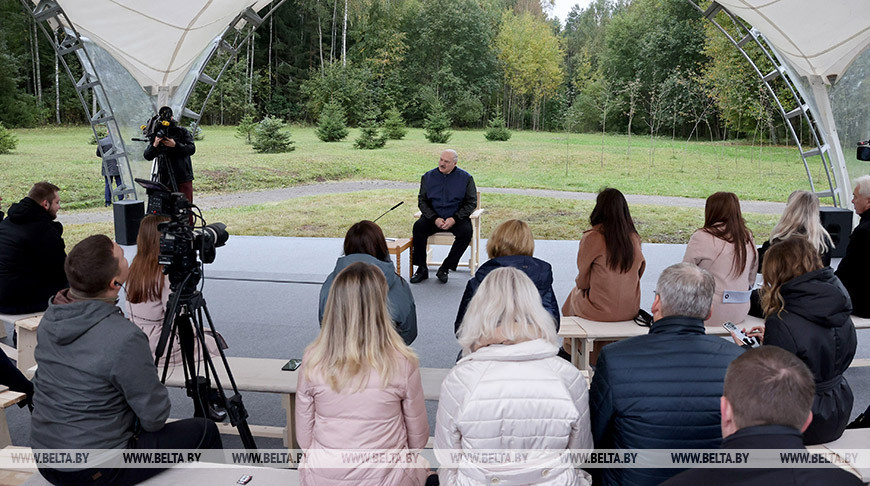 "There will be no mobilisation, it is a lie!” the President stressed, commenting on various fake news in this regard.

Aleksandr Lukashenko drew attention to the fact that the opponents are trying to cling to something, promoting the topic of possible mobilisation in our country in order to try to ‘raise the people’. “But we will definitely respond to threats and attempts of terrorism,” the Head of State emphasised. “We are not going to mobilise people. We don’t need it. But you see that we are constantly conducting exercises. At the same time, we announce mobilisation at some place, calling up to military commissariats those who are registered with them.”

The President added that the exercises are being held, including with the participation of the people’s militia, enabling people to know their duties and have the necessary military skills.

“Drawing lessons, we act on the basis of life itself,” Aleksandr Lukashenko summed up.