The President of Belarus considers it necessary to increase the planting areas for productive varieties of fruit and berry crops and to revive orchards. The Head of State stated this at a meeting on laying orchards and providing the domestic market with fruits and vegetables, which is taking place in the Grodno Region in the V.I. Kremko production co-operative. 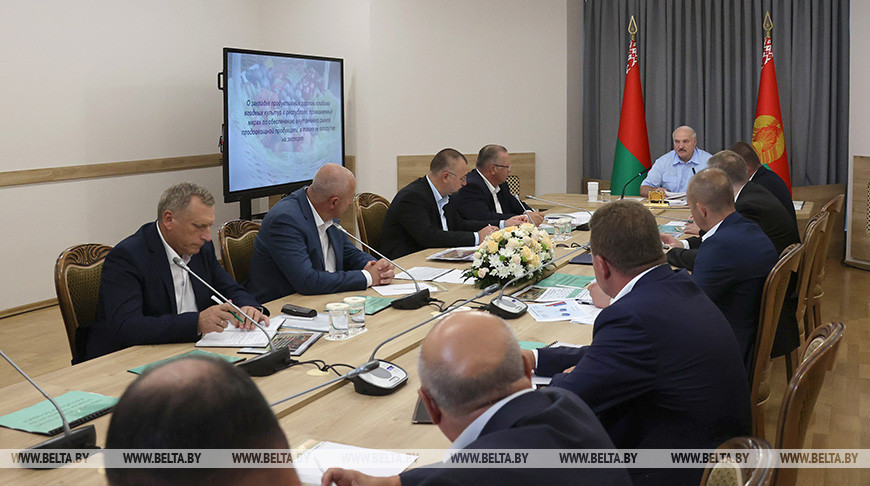 “As I am being convinced, there are beautiful gardens in all regions, but it is obviously that their number is not enough. Within the framework of the Agrarian Business state programme, a lot of money is constantly allocated from the national budget for these purposes,” Aleksandr Lukashenko said. “In particular, about Br2m has been allocated for 2022. Nevertheless, the area of gardens is decreasing every year. If we produce 3-4 times more products on a reduced area, as in the Grodno Region or here, let it be so. But we don’t have this so far. Therefore, it is necessary to look carefully at the areas. In 2010, this area was 40,500 hectares while in early 2022 – 27,000 hectares.”

The Head of State also drew attention to the decrease in the productivity of orchards, “For example, in 2021, the national average yield of fruits and berries was only 38.5 centners per hectare: 98 percent lower than in 2020. At the same time, the same indicator at farms was 154 centners: four times higher!”

“It is clear that certain southern varieties do not take root due to climatic conditions. Meanwhile, we have an institute for fruit growing, three scientific institutions that are engaged in selection work, as well as the adaptation of foreign varieties to our conditions. According to the National Academy of Sciences, work on the creation of new varieties is constantly ongoing. Almost 150 names are included in the state register, of which a third (about fifty) are apple trees. All this enables us to fully provide the fruit growing industry with our own material for fruit and berry crops,” the President said. “Moreover, technological regulations for cultivation have been developed. They just have to be observed! Today we constantly speak about technology. Gardening generally does not tolerate violations of technology: if something hasn’t been done on time, nothing will help.”

The Belarusian Head of State also focused on other cultivated crops, “Older people could not even imagine that watermelons, melons, peaches, blueberries would grow in our climate. Today they do grow both on personal farmsteads and in farms. Large agricultural enterprises also need to catch up more actively.”