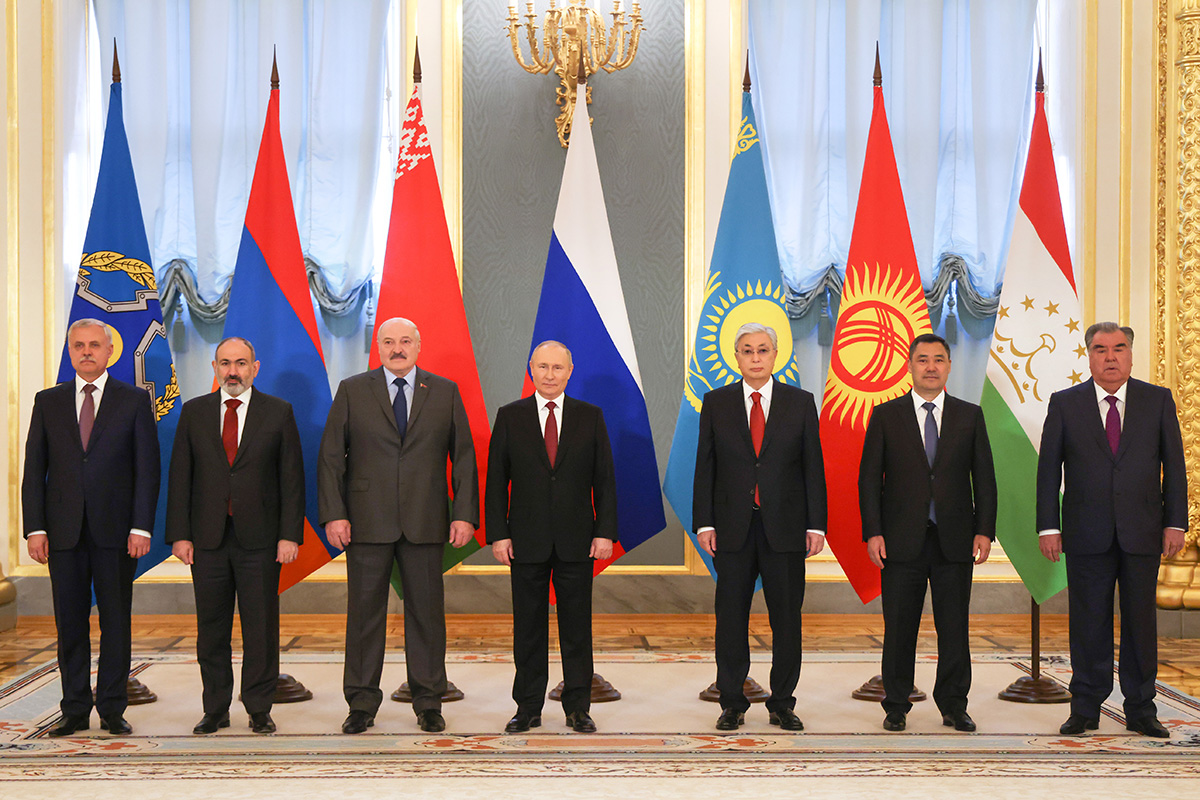 The heads of all six CSTO member states and the CSTO Secretary General, Stanislav Zas, have arrived at the Meeting of CSTO Leaders held at the Grand Kremlin Palace. The summit is timed to coincide with the 30th anniversary of the signing of the Collective Security Treaty and the 20th anniversary of the creation of the organisation. In this regard, the format of today’s event is special.

"It will be a meeting of the leaders and their face-to-face communication in the format of working breakfast," Dmitry Peskov, the press secretary of the Russian President, explained earlier.

The today’s summit has another important feature: it is actually the first fully face-to-face meeting of the CSTO leaders since the Collective Security Council meeting in Bishkek in November 2019. Subsequent summits were held via a video conference due to the coronavirus pandemic. The heads of state held a face-to-face meeting only in September 2021, when the SCO summit was held in Dushanbe. However, not all CSTO leaders were present at the negotiating table then.

In addition to the general programme of the current summit, several bilateral meetings are scheduled in the Kremlin. In particular, the press service of the Belarusian leader has reported on the planned talks between Aleksandr Lukashenko and Vladimir Putin, “The issues of co-operation development and joint work on import substitution will become among the key topics of their conversation.”