Today, on the eve of Victory Day, Belarus is celebrating another important holiday: Day of the State Emblem and the State Flag. Solemn events are traditionally held countrywide on this day, and the National Flag Square has become the centre of celebrations in Minsk. Here, a solemn ceremony was held to honour Belarus’ state symbols, with the Head of State in attendance. 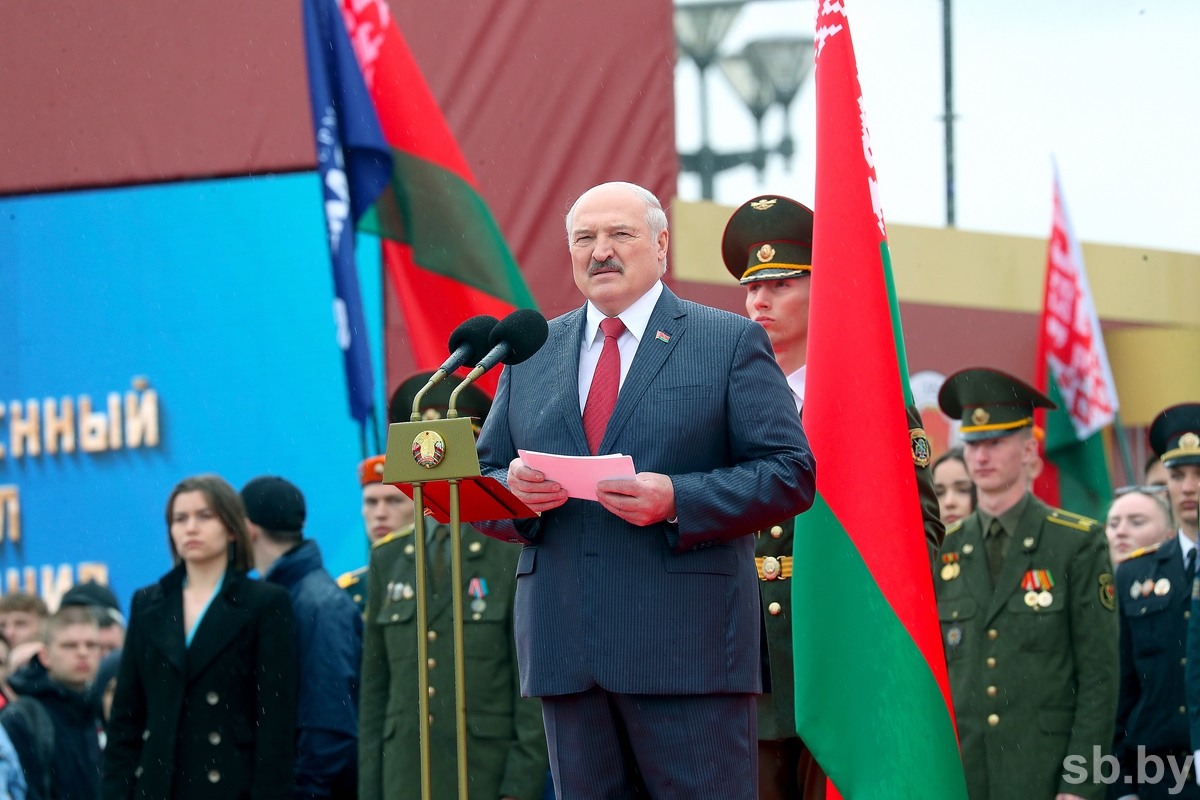 Addressing Minsk residents and guests of the capital, Aleksandr Lukashenko emphasised, “The symbols that embody our sovereignty and national unity are in front of us. They were born in the depths of our national culture in the era of global upheavals and the breaking of the world order. Several generations of people have been born and grown up with these symbols. They are linked by the historical memory which – even now, in the most acute periods – helps us continue to move along the path chosen by the people, overcoming challenges and obstacles.” 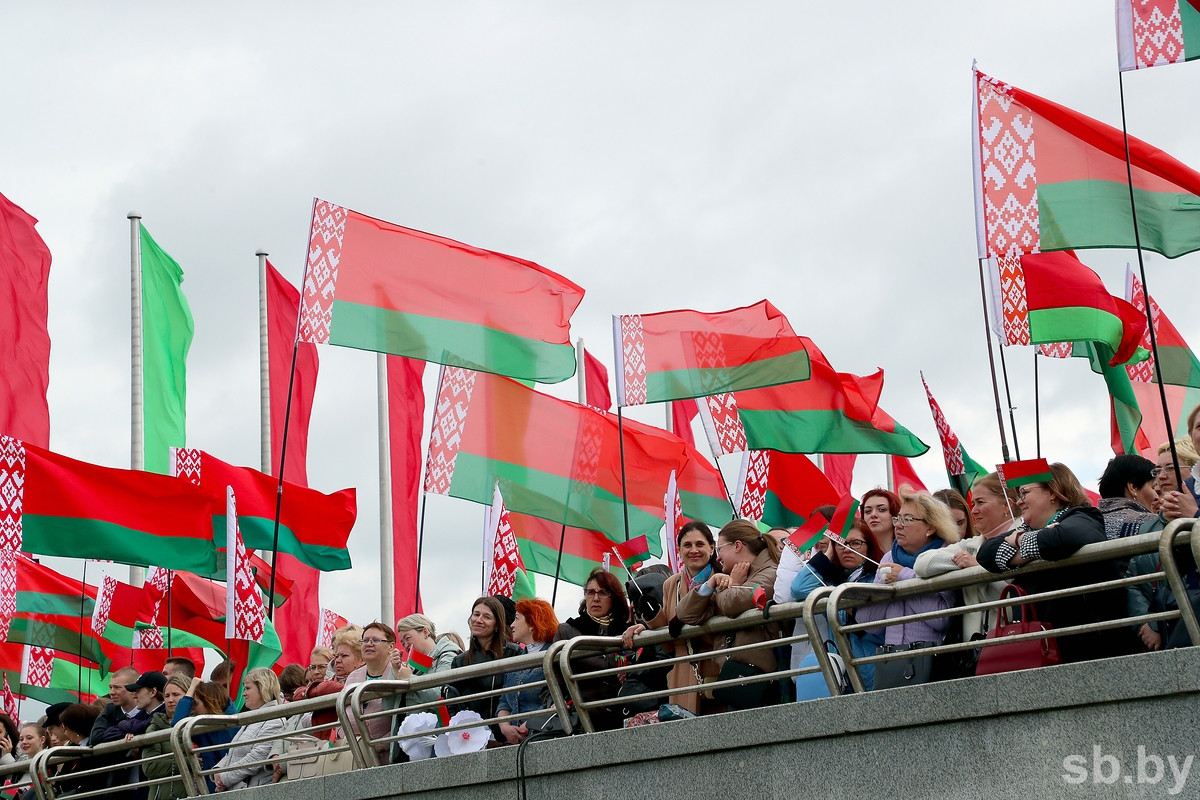 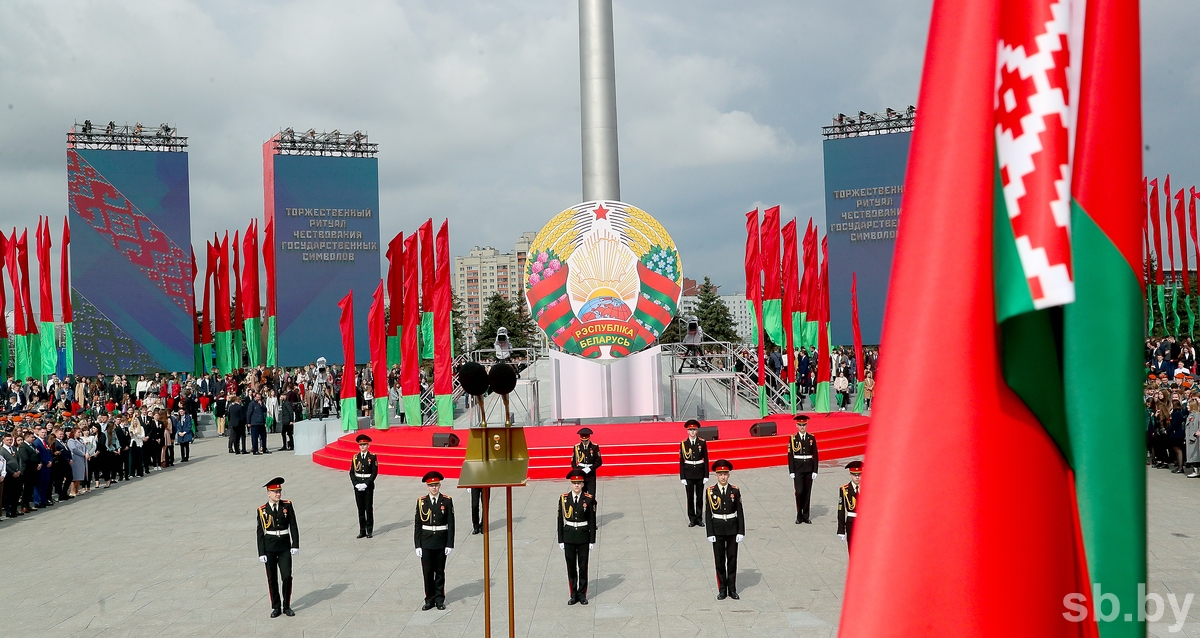 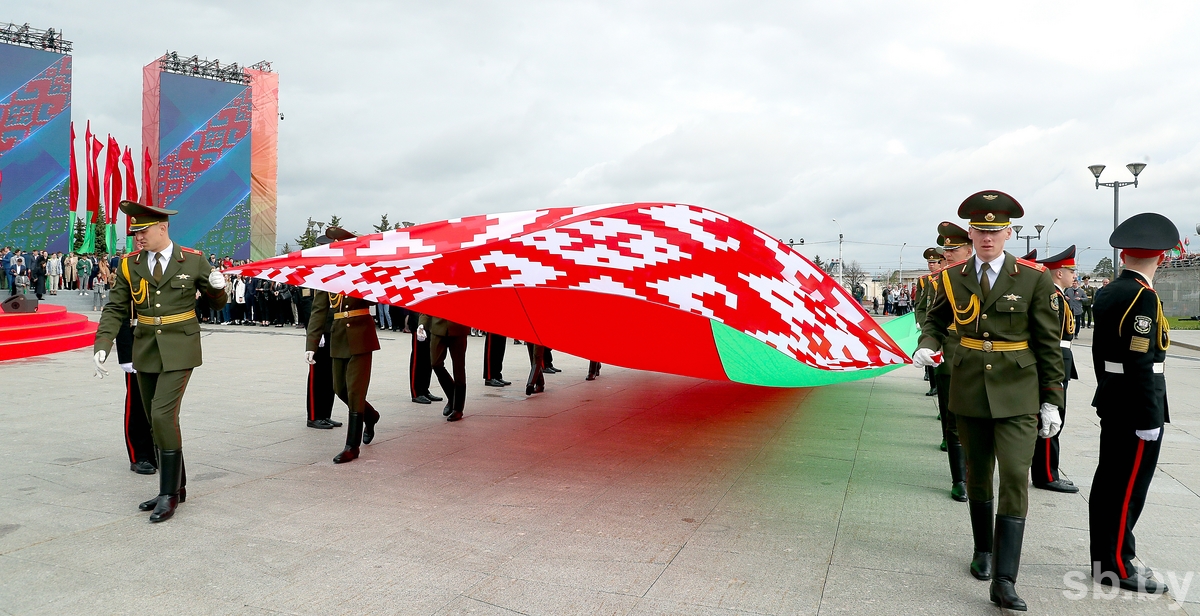 According to the President, that was observed in the 1990s when Belarusians rejected attempts to adjust their way of life to the Western European standard, when they remained faithful to traditions and saved national wealth: domestic enterprises, land, and the right to social justice.

“That was observed in 2020 when we did not let the history repeat itself. We protected our choice, our values, our flag and our emblem then,” Aleksandr Lukashenko stressed. “We remember that our state emblem and flag were created by people inspired by lofty ideas, experienced and steeled in a struggle for freedom, well aware of the value of independence and peaceful sky.”

The Head of State noted that even today we see their dreams of a bright future for their people in the rays of the rising sun and peaceful bread.

“The canvas of the state flag – which is a successor of the Victory Banner – reminds us of their heroic deeds committed during the Great Patriotic War. Its national ornament features our ancient cultural traditions,” Aleksandr Lukashenko stressed. 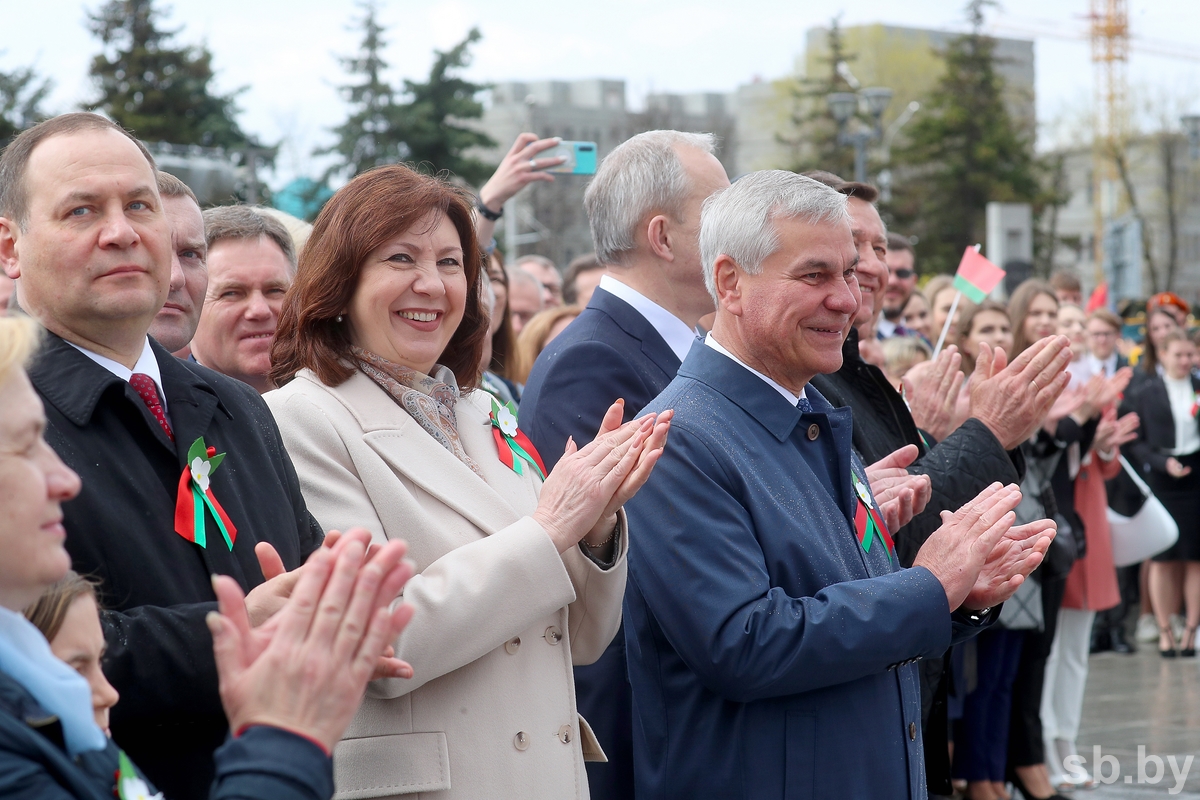 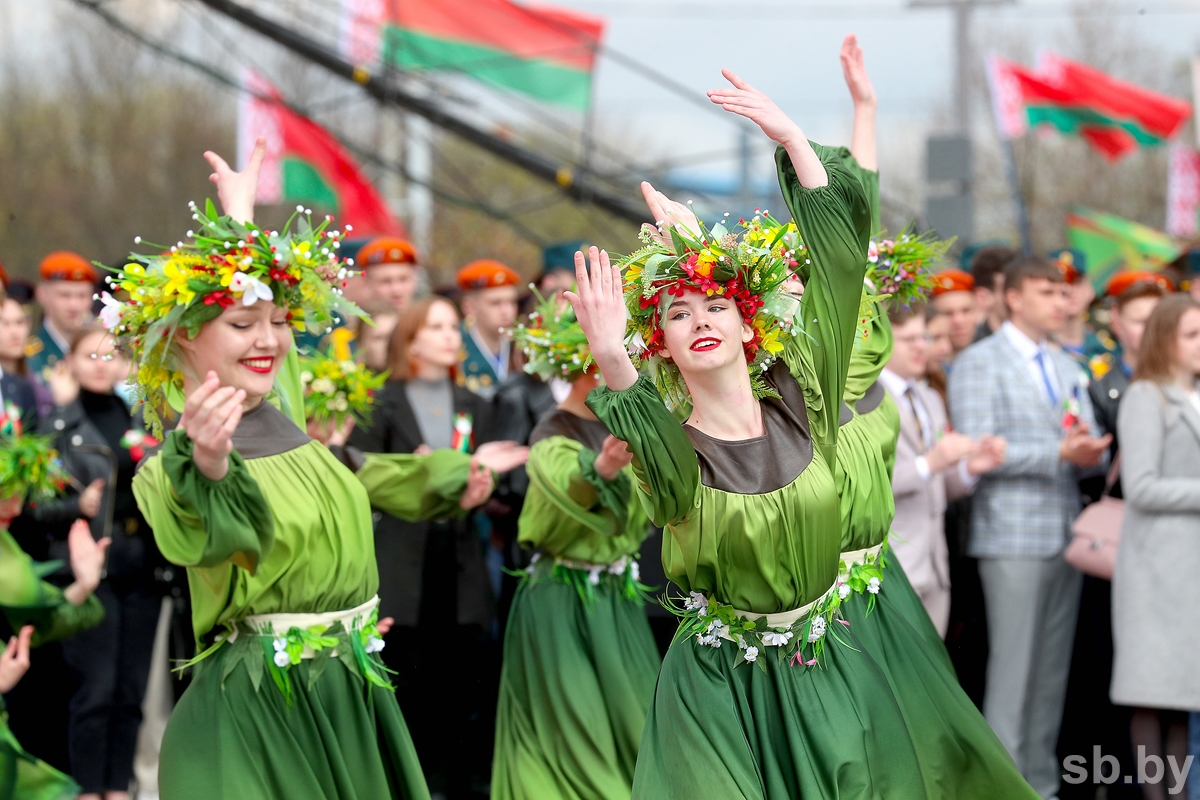 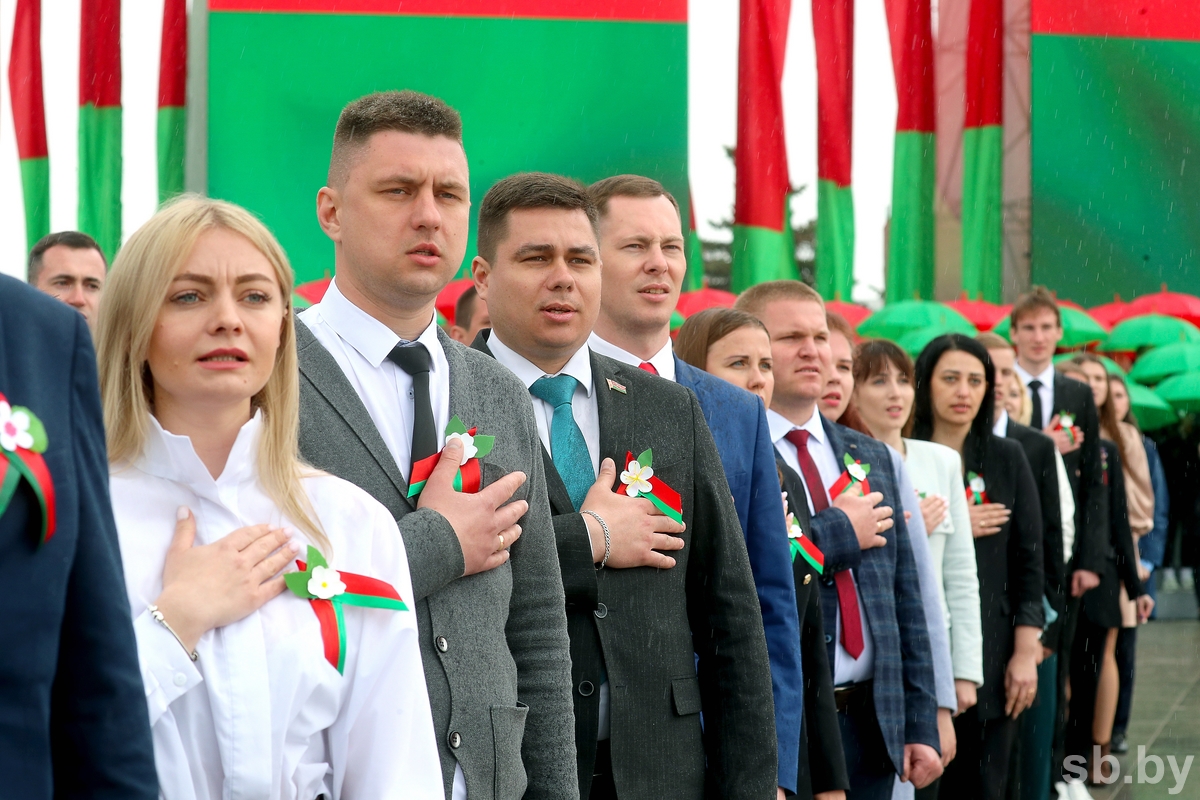 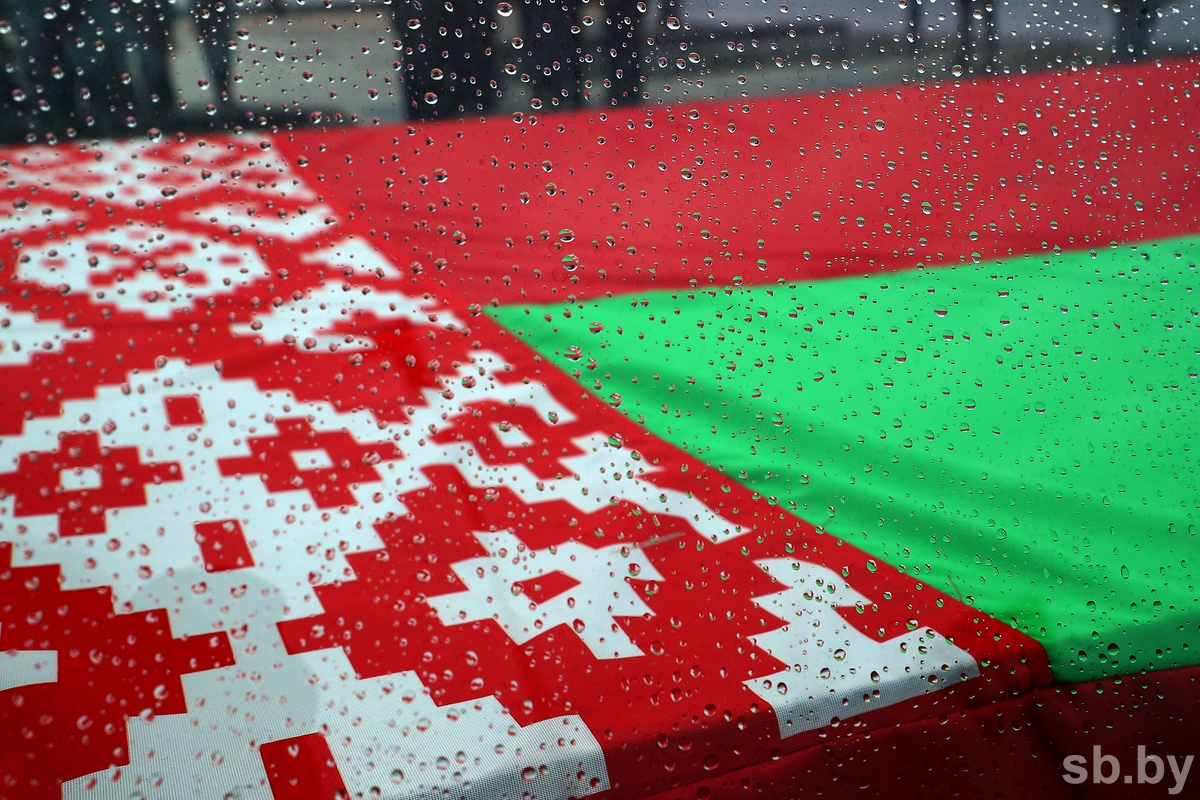