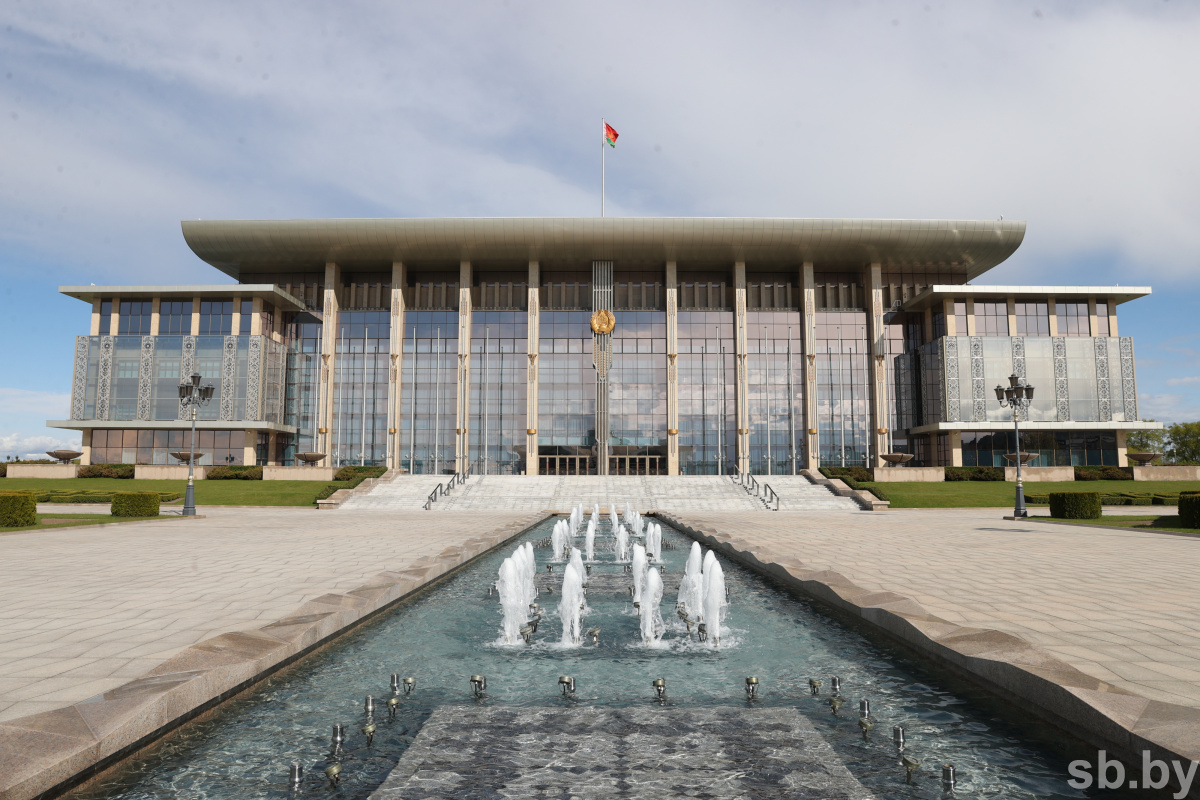 The Belarusian leader’s message as a whole is devoted to the topic of European and international security against the background of the ongoing events in Ukraine.

Touching upon the historical context in his message, the Head of State stresses that devastating wars have repeatedly rolled over the Belarusian lands, sowing horrific destruction and leading to huge casualties. It was this tragic historical experience, as Aleksandr Lukashenko notes, that predetermined the enduring value of Belarus’ peaceful foreign policy.

True, Belarus has always advocated strengthening of global and regional security – as evidenced by numerous Belarusian initiatives, such as the initiative known as Helsinki-2 on the need for a broad international dialogue on security.

The message is largely devoted to the analysis of events in Ukraine, and the Head of State recalls Belarus' efforts to resolve the conflict in eastern Ukraine in 2014-2015, and also the initial stages of Russia-Ukraine negotiations which took place on the territory of Belarus in 2022.

"The President clearly states in his message that Belarus is not an aggressor – as many in the West are trying to represent us. We are also not traitors. Honesty and decency in relations are important for our country," the Foreign Ministry stressed.

The Head of State outlines concrete steps that everyone – while acting in their own role – can take today to end the conflict and prevent it from escalating into a global war. The first priority among them is to refrain from arms supplies, information warfare and various provocations.

The President of Belarus cannot ignore the UN role in the settlement of the conflict as well and, in particular, he welcomes the recent meetings of the UN Secretary General in Kiev and Moscow, while also urging the United Nations’ Head to organise meaningful contacts with other parties involved in the conflict: the United States and other Western countries. The Head of State once again underlines the importance of organising a global and constitutive process on security issues with participation of all leading international players in the spirit of San Francisco, thereby making parallels with the place where the UN Charter was signed in 1945.

In his message, Belarus’ President assures the UN Secretary General that the country is ready for direct meetings and other steps in order to ensure peace and opportunities for life and development for future generations.

During his meeting with Belarus’ Permanent Representative to the UN, Antonio Guterres informed on the UN efforts to solve the problem of food security and a potential threat of global famine.

It is known that the UN Secretary General is already actively involved in this process. In particular, while addressing the UN Security Council in early May, Antonio Guterres voiced the need to reintegrate food and fertilisers from Belarus and Russia into world markets in order to reduce an accelerating problem of food insecurity in the world. During a meeting of the UN Security Council on food insecurity issues, he once again drew attention of the world community to this problem, urging to lift restrictions on fertilisers from Belarus and Russia.