The President of Belarus, Aleksandr Lukashenko, said this while answering journalists' questions on the side-lines of the EAEU summit in Bishkek, BelTA reports 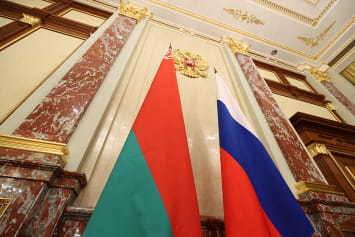 "We know for sure (in the near future – I have told Putin about that – we will make these facts public) how they were supposed to start a war against Russia from [the territory of] Donbass after 2020 (when a rebellion took place in Belarus), if the situation developed well and they came to the border of the Smolensk Region jointly with NATO troops (after seizing power in Belarus),” Aleksandr Lukashenko said.

According to the Belarusian leader, the reason should be explained by Russia’s seizure of others’ territories. "The war was supposed to start from there in 2021, maybe 2022. Russia has taken a head start, so it is no need to blame Russia because of statements of Poroshenko and Merkel [former leaders of Ukraine and Germany], false statements that Russia has started a war," Aleksandr Lukashenko stressed.