Answering journalists' questions on the side-lines of the EAEU summit, the President of Belarus, Aleksandr Lukashenko, said he had never discussed issues of specific territories, in particular Kherson, Lugansk, Donetsk, Zaporozhye, in his conversations with Russian President Vladimir Putin, BelTA reports 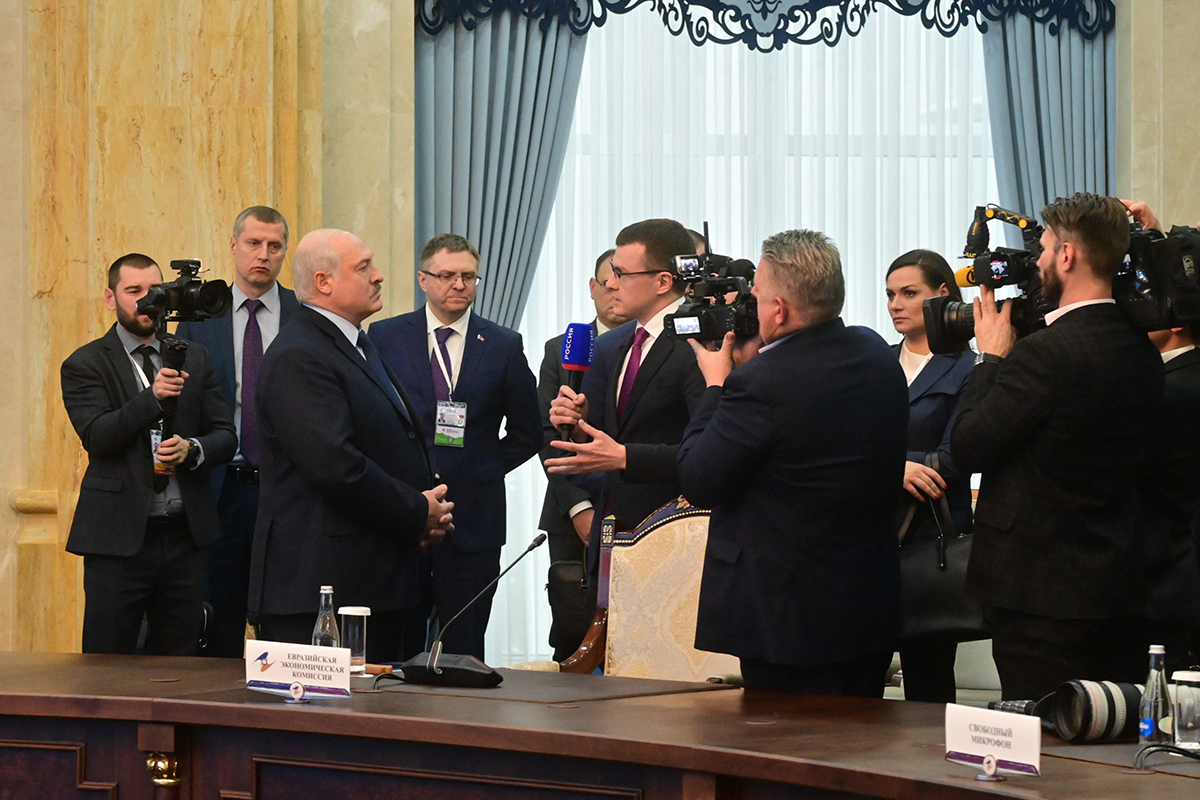 The Head of State stressed that, at meetings with the Russian leader, they mostly discussed the need to negotiate to end the conflict in Ukraine, “We have always talked about a treaty, about ending the war, about stopping this war. We have always talked about this, in general. Do you remember both my statements and his ones that Zelenskyy is simply not allowed to do this?”

"We talked in this context, but we have never discussed specific territories: Kherson, Lugansk, Donetsk, and so on, who should release and whom,” Aleksandr Lukashenko added.

The Head of State is convinced: if the President of Ukraine demands that Russia withdraw from the territories of Kherson, Zaporozhye, Lugansk and Donetsk, then it means that there will be no negotiations. "This is a precondition that is unacceptable for Russia. At this stage, it seems to me, Russia may not accept these conditions at all: to leave Zaporozhye, Kherson, and so on. Such demands should not be advanced to the Russian Federation – for many reasons," the Belarusian leader stressed.

"If you want peace, it is necessary to sit down at the negotiating table and discuss all issues there calmly – [deciding on] who and what [territories] should be released: by either Russia or Ukraine. If there are no such steps, then this means they do not want such negotiations and conversations," Aleksandr Lukashenko said.