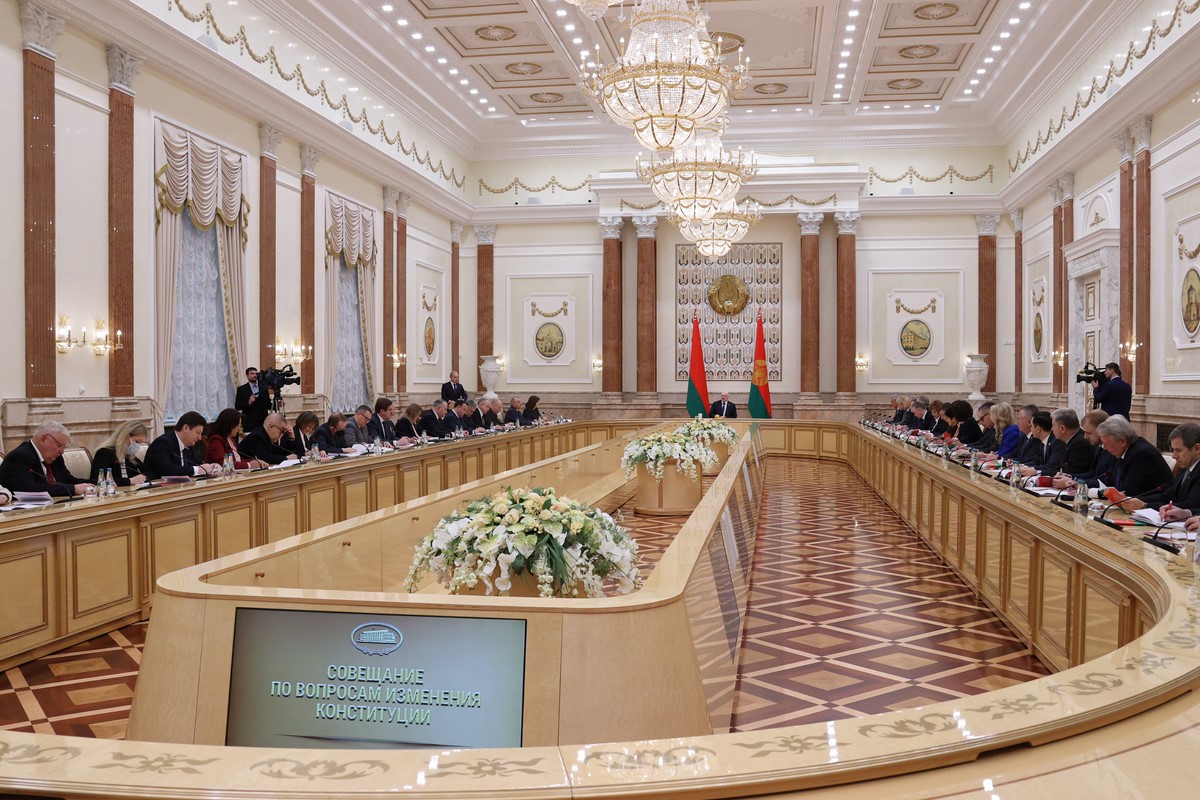 The meeting was attended by members of the Constitutional Commission, the working group on finalising the draft Constitution, and also specialists who were engaged in polishing of the updated Basic Law.

“We agreed on the need to hold such a meeting at the end of last year, within the framework of the Constitutional Commission,” the President said, adding that the draft Basic Law has been discussed nationwide for three weeks already. “I made a decision to widely publicise the proposed amendments to get feedback and evaluation of this project by specialists, company heads and ordinary people, including civil servants, labour collectives and organisations. As I am informed and based on what I see, the proposed amendments aroused keen interest. The process of constitutional changes and the upcoming referendum are of interest to our people. It is natural! All walks of society participate in the dialogue, and the state mass media are involved in the awareness-rising work.”

Aleksandr Lukashenko thanked those present for their active work in the regions. “Many of you have visited our labour collectives, organisations, travelled to the regions and, as far as possible, held events there, talked with people, answered the questions that concern them in connection with amendments to the Constitution. You also informed on the constitutional process in general, explaining what it looks like. Actually, the draft amendments to the Constitution are the result of numerous discussions and meetings on the same dialogue platforms,” he said.

The Head of State asked the session participants to report on what people are talking about, on the results of the analysis of the proposals received, “Tell me, what else should be taken into account in the project? I am asking this question because it is me who will submit this project for discussion.”