While the graves of our grandfathers and great-grandfathers are being destroyed in the countries that the Soviet army liberated from fascism, on the Belarusian land, we will build new Belarus, study archives and restore the history of every soldier, every innocent peaceful victim – as stated today by the President of Belarus in the Palace of the Republic during a solemn meeting dedicated to Independence Day 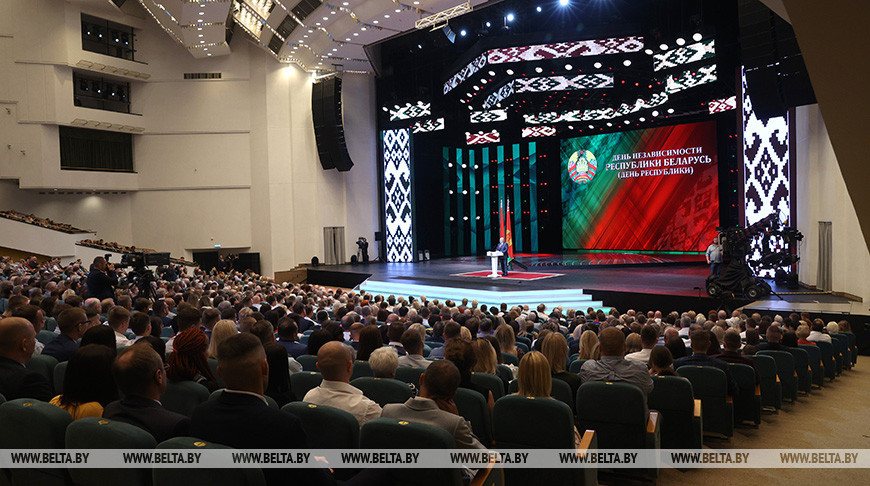 “These are very painful memories for us. Until now, they have been our quiet mournful memory. Now they will become our warning bell,” underlined Aleksandr Lukashenko. “Whether the West wants it or not, we will show the world the truth about all the atrocities committed by the Nazis. They will have to listen and hear again about the dead, including babies who didn’t have time to be born, about women clutching nursing babies to their hearts, about babies who, as the examination shows, were buried alive. We will show the heirs and supporters of the Nazis the facts of crimes from their ancestors, so that the whole world understands what will happen to this world if modern Nazism develops into fascism.”