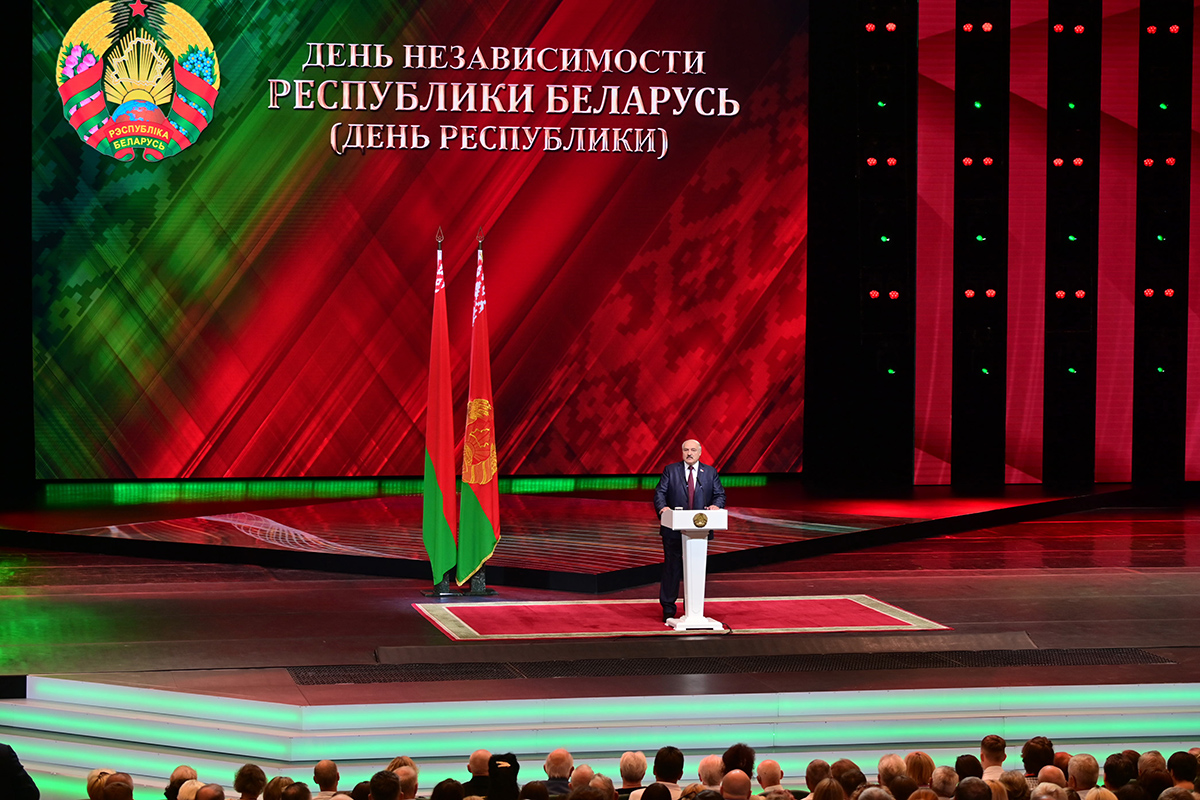 Answering the question of those who are worried whether Lukashenko will fight or not, the Belarusian Head of State stressed, “We will fight only in one case: if they cross the last metre of our land and invade our land. If they kill our people. We will answer! Therefore, as President, I will say: do not touch my state, do not touch my Belarusian people, if you still have a sense of self-preservation. I also want to tell you in advance so that you don’t gasp and groan later. It’s warm now, even hot – and everyone is relaxed, everyone is fine. There is bread, other foodstuffs, and clothes. The prices have risen, but everything is in the stores. Our Belarusians, as always, are relaxed. We are military people, and we know what to do. I want to warn the hardliners and tell you frankly: a little less than a month ago, I ordered the units of the Armed Forces to target the decision-making centres in your capitals with all the ensuing consequences. If only you dare to strike, as they plan, on Gomel, the Mozyr Oil Refinery, the airfield in Luninets or Brest, the answer will be instant! Just in one second. We already have what to answer... I will not look who is sitting in offices or in palaces. We will respond harshly and decisively.”

The President noted that he would not like to be told tomorrow that Lukashenko ‘rattles the sabre, “I do not rattle the sabre. I told them; now let them think. These are my powers. These are my functions as President: to protect my land. We don’t scare anyone. We do not want to break through any Suwalki gaps. We don’t want this. There’s no need to blackmail us. Don’t touch us, and we won’t touch you.”