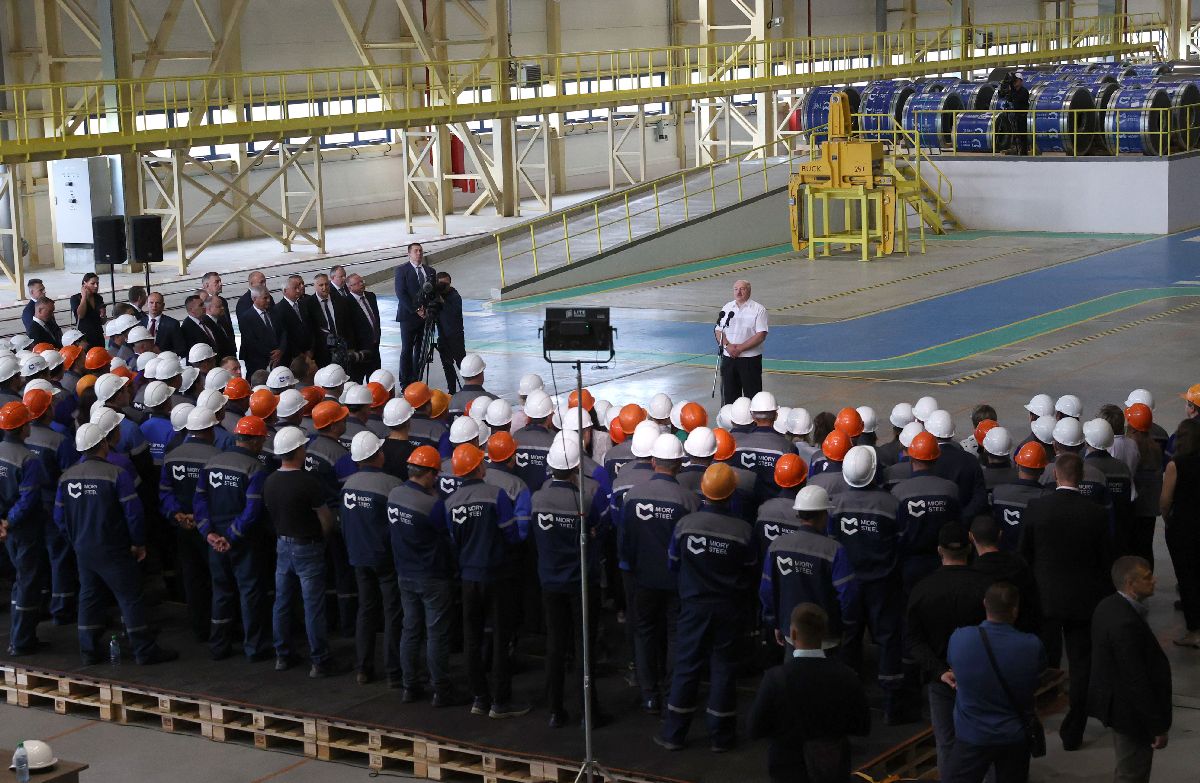 In his talk to the Miory Rolling Mill’s employees, the Head of State stressed that, under the present circumstances, it is important to monitor the situation. “We should inspect every enterprise and see what it lacks. So I have come to see what you lack. This is a taste of a whip which is needed – maybe not so much for you, but for some of those who are here,” he said.

At the same time, the Head of State expressed confidence that the employees of the plant – which products enjoy demand all over the world – will work here with pleasure, “I know that you will be happy to work. You have mastered this complex equipment, and you are ready to make a thin sheet, which is made by only a small number of enterprises around the globe. There are orders, and you are ready to work, but there are bureaucratic delays. If a problem emerges, it should be settled immediately. There were attempts to strangle us with sanctions, but they have not strangled even you – though you were actually underperforming. Meanwhile, who is preventing those who work from doing their job?”

According to Aleksandr Lukashenko, Russia is demonstrating a great interest in Belarusian products. The Head of State mentioned the situation with agricultural machinery and components as an example, “The Germans and Americans – who had bought factories in Russia – left the country, and a market has opened in Belarus. The Industry Minister reported that Gomselmash even has not enough time to produce components for Russian Rostselmash which it asks for. Meanwhile, I remember how they put on airs and did not wish to event talk to us.”

Answering a question from an employee of the plant, the President emphasised, “Only those who move fast will come out of the crisis stronger. If we slow down, they will catch up with us and crush us.”