This was stated by Aleksandr Lukashenko during his speech at a solemn meeting in the Palace of the Republic. The Head of State recalled that at one time the decision to withdraw nuclear weapons from Belarus was taken not by him, but by other politicians. At the same time, the nuclear issue was also discussed at the latest talks with Vladimir Putin. 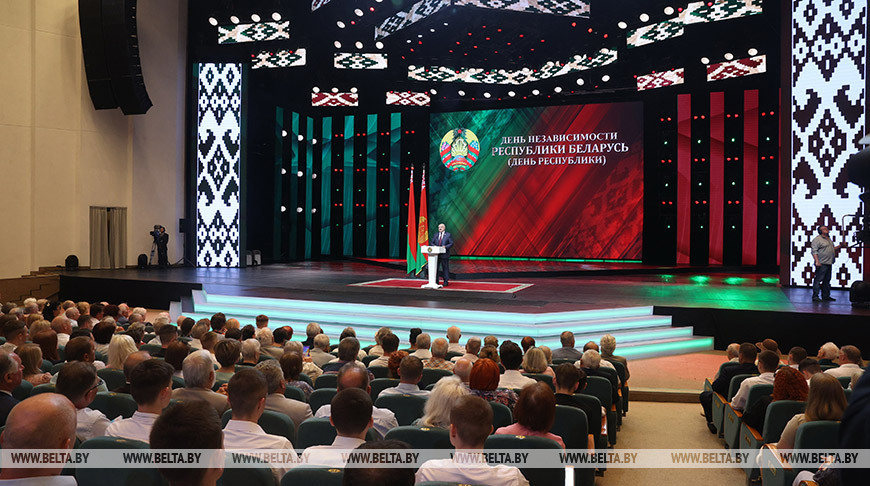 “This is not nuclear blackmail, we are not going to blackmail anyone, especially with nuclear weapons. But I want to underline once again: after all, this issue appeared in negotiations with the President of Russia immediately after the Poles turned to the Americans, asking them to bring nuclear weapons to Poland. I asked President Putin what about us. Why do we pretend like nothing is happening? We consulted for a long time and came to the conclusion that we must be ready to give them an adequate response within 24 hours. We will be preparing. We don’t threaten anyone.”

The President added that he has the right to ask and demand from his Russian colleague ‘to make sure that they are afraid to cross the state border of the Republic of Belarus’. This is what was done.