Poland, Lithuania and Latvia are actively re-equipping their armies, and NATO still keeps a large grouping of troops in Belarus’ neighbouring countries – as informed by Aleksandr Lukashenko during today’s meeting on military security held at the Defence Ministry 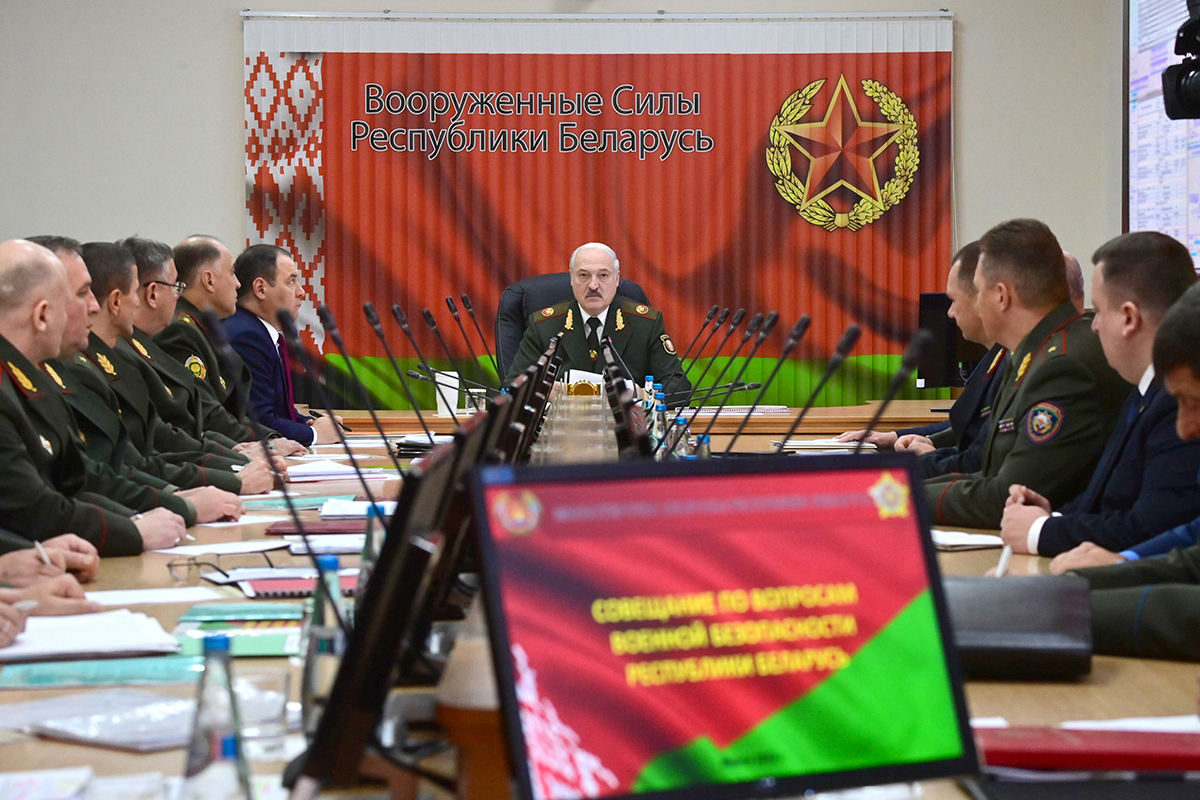 The Head of State emphasised that the collective West has a bone to pick with Belarus, “It has been happening for a long time: for a quarter of a century, they are hindered by the policy that we are pursuing. Therefore, a 35,000-strong NATO grouping of troops is still stationed in Europe, of which the majority – probably 25,000 – are in the countries adjacent to Belarus. The intensity of reconnaissance flights near our borders is not decreasing.”

Operational and combat training is being actively carried out, including with use of the Pabrade training ground (Lithuania), 15km from the Belarusian border. The President stated that, under the guise of Kiev's support, a number of European countries are simultaneously implementing their plans to re-equip and strengthen their armies, using modern weapons and military hardware.

“Poland is demonstrating the greatest activity. A new mechanised division is being formed in the south of the Belarusian direction, while personnel brigades of Poland’s territorial defence are being created in the north and east of the country. The geography of arms purchases is expanding: South Korea has joined the traditional US and Germany. Instead of supporting its population in a difficult socio-economic situation, the Polish government plans to increase its military budget,” Aleksandr Lukashenko explained.

The Head of State noted that Lithuania and Latvia are also trying to keep up in this militaristic race, “But they lack their own funds, and they ask NATO to strengthen its presence on their territories by deploying battalion, brigade combat tactical groups. Construction of new military camps to service them on a permanent basis has begun, including in the immediate vicinity of our border: 20km away.”

At the same time, the President noted that Lithuania had announced its intention to purchase US HIMARS multiple launchers. “I think it is no need to explain why they, military people, need them. Ukraine, for its part, has deployed a group of up to 15,000 troops close to our border. Engineering equipment of roadblocks and firing positions near the border continues, and it has placed roadblocks. Simply speaking, it has not just barricaded itself, but built a wall. Ukraine is constantly conducting optical, radio-electronic and radio-technical reconnaissance of our territory, troops, and facilities – often by violating our state border with their drones. At the same time, they demonstrate concern that Belarus might join the war. Provocations on the border are also registered on a regular basis,” the Head of State stressed.