During the meeting of the President with the leadership of the Council of Ministers in the Palace of Independence, the harvesting campaign in the country was also discussed. Aleksandr Lukashenko stressed that it must be held at the highest level of organisation and discipline. 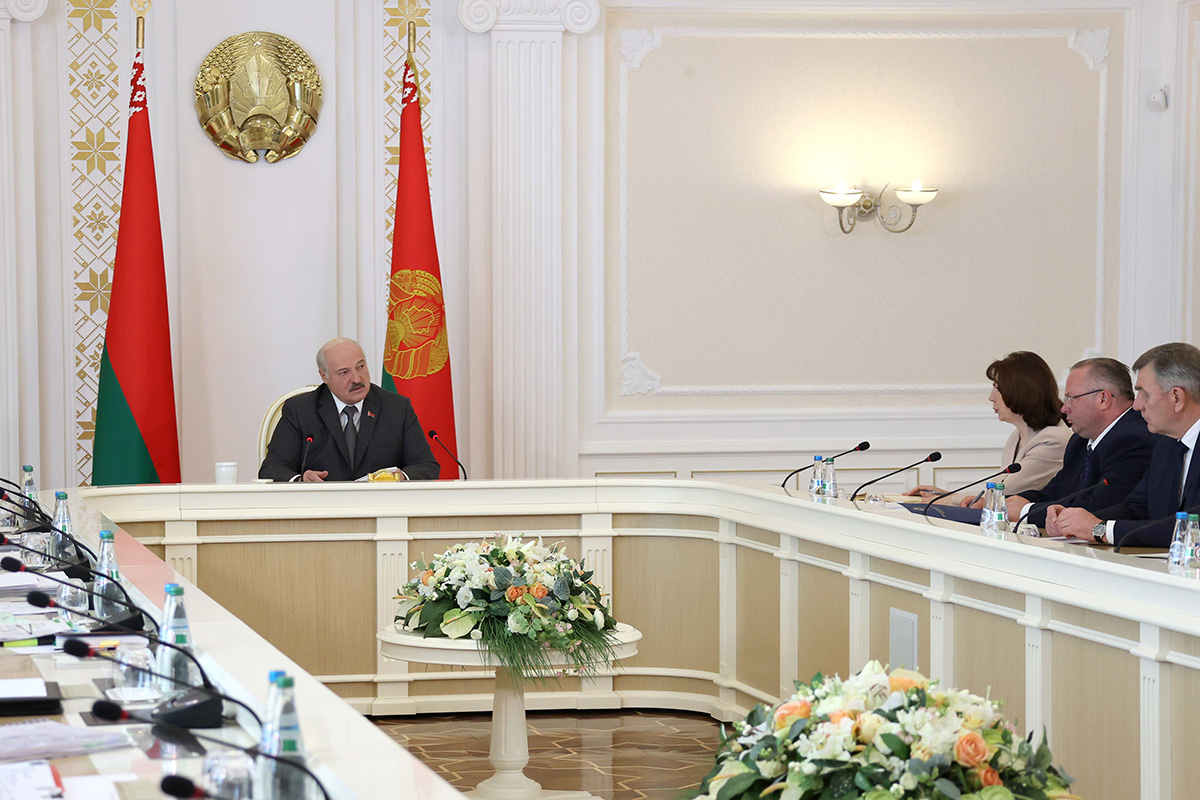 “At the same time (the conversation recently took place in Orsha), it is unacceptable to lose the pace of fodder procurement as a solid basis for animal husbandry. I mean, first of all, the second mowing of grasses ... I will tell you simply: die but harvest these grasses if you want to have something to feed cattle in winter.”

The President also drew attention to the following problems, “It is simply unbearable to look at your figures of mortality and lack of livestock. We are losing millions of Roubles. I demand from the Prosecutor General’s Office, the State Control Committee, the Presidential Administration to immediately report to me on how things are going on. I warned you: if there is a high mortality rate at some enterprise, if they cannot keep young animals, these should be immediately withdrawn and transferred to those who can bring up them. I won’t talk anymore on this topic and will already present demands to Shved and Gerasimov. I’m not talking about the Government anymore: this is their sphere of activity, and they must control and direct the work of local authorities.”

Moreover, the Head of State added that the quality of harvesting cereals, rapeseed, and corn should be exemplary, taking into account that all issues (fuel, equipment, fertilisers) have been settled in the country, “Start working! I warn governors not to go with an outstretched hand. The quality of harvesting must be strictly controlled! Losses are unacceptable!”

The President specified, “A million tonnes of losses, you understand how much money that is today. You can earn half a billion US Dollars. We do not provide such assistance to the village. How much you lose in the fields, especially in rapeseed? It is necessary to adjust the harvesters in such a way as not to lose rapeseed. This is huge money.”

In this regard, the Head of State warned all the participants of the meeting, “I want to warn you that the loss of grain in the fields will be regarded at least as an economic sabotage, at most – as a crime. Stop joking. Local personnel must be 100 percent mobilised. No laxity and whitewashing; there must be complete coherence and order according to the laws of war.”

Aleksandr Lukashenko stressed, “Once again I say that a hybrid war is going on. Media, diplomacy, finance, economics – everything is involved. Moreover, military provocations began. You should mobilise! If there is something in our barns – we will withstand any war, God forbid that.”

The Belarusian leader also focused on the fact that next week all regions should start harvesting.