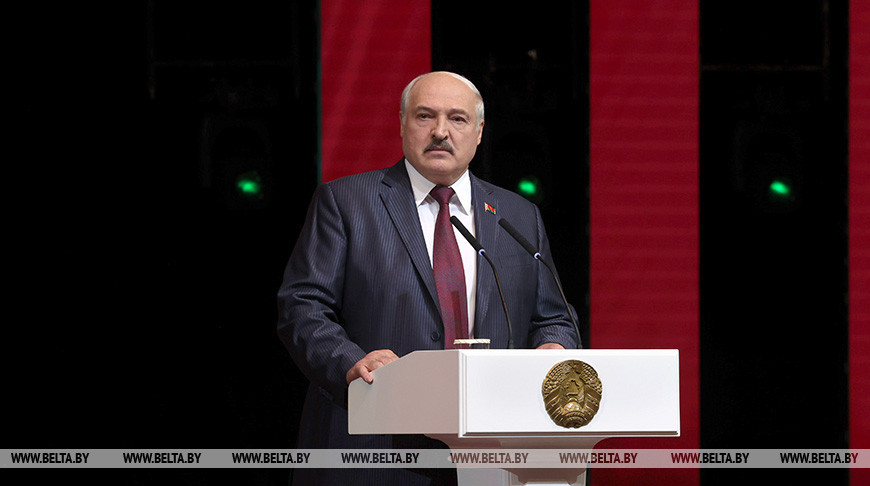 “July 3rd – a sacred date for Belarusians – is a national symbol of national unity and victory in the struggle for freedom,” stressed Aleksandr Lukashenko. “This victory crowned all the accomplishments of the centuries-old history of our native land, on which our distant ancestors built the first cities and churches twelve centuries ago. In ancient times, the Belarusian people had many names: Krivichi, Dregovichi, Radimichi, but they were united by common faith in truth and justice; by common desire to preserve traditions and protect their homes and families; by love for their Motherland – a piece of land where the Belarusians were ‘born’ and became a nation. We carefully cherish the historical memory of each era, the events of which formed the spiritual foundation of the nation and tempered the will and character of the Belarusians.”