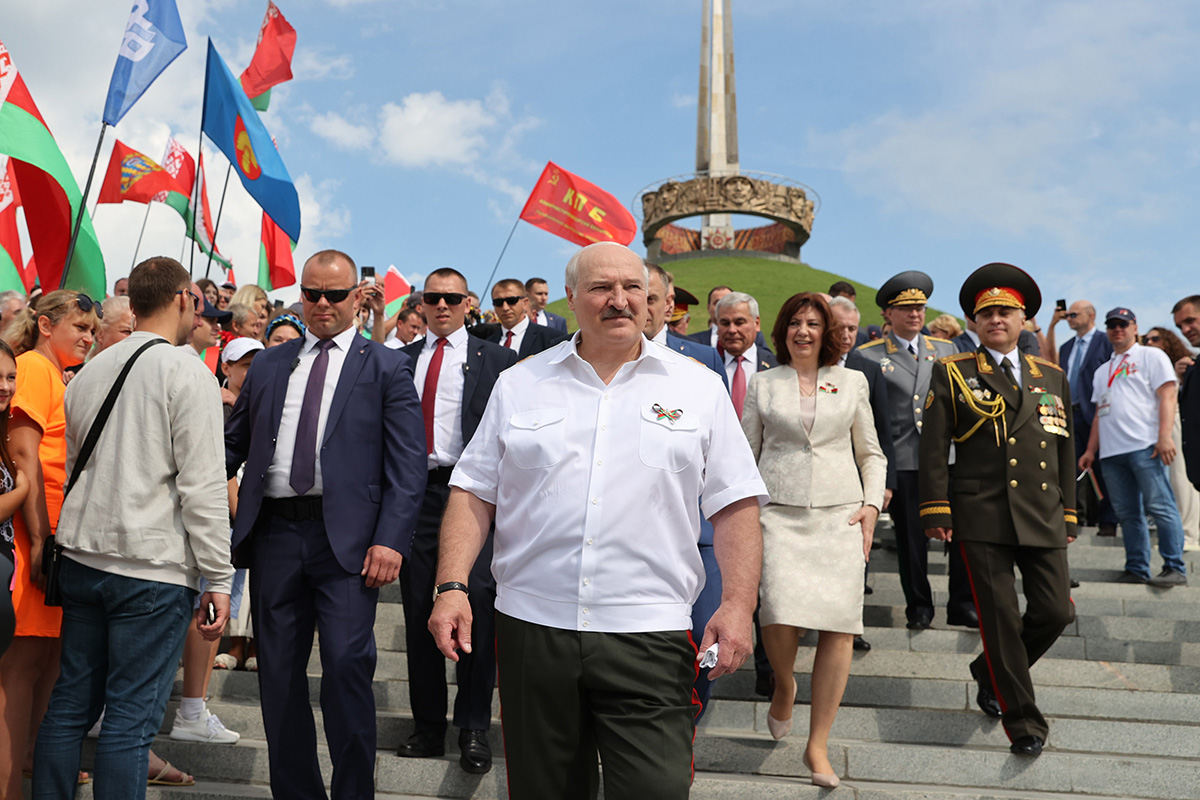 “This fateful date in the history of the Belarusian people is forever inscribed in the calendar of the main national holidays. On July 3rd, we traditionally turn to the history of the Great Patriotic War: we remember the heroes who gave us freedom at the cost of their lives, we tell children and grandchildren about heroic deeds of their grandfathers and fathers, we come with them to places of military glory and mournful memory. This annual ritual is the least we can do in the name and glory of those thanks to whom we live, create families, and raise children.”

The Head of State stressed that the wreath-laying ceremony in memory of the fallen heroes takes place at one of the most famous monuments erected in honour of the Red Army soldiers: our heroes, who liberated Belarus from fascism 78 years ago, “This majestic mound, like a guardian of historical memory, shows us the legendary line where the offensive of the Soviet troops began, which finally destroyed the main forces of the German Army Group Centre and liberated our capital. Here was the Minsk pocket, in which more than 100,000 Hitler soldiers got trapped. Most of them remained lying in the Belarusian land.”

The President stressed that this is how the first stage of the famous Operation Bagration – brilliantly carried out by talented commanders, front commanders Konstantin Rokossovsky, Ivan Bagramyan, Georgy Zakharov and Ivan Chernyakhovsky – ended victoriously.

“Belarusians must remember these names,” urged the President.

The Belarusian Head of State underlined the sacrifice of our heroes, “Our grandfathers and fathers won, but throughout their lives they carried the pain of the loss of their comrades-in-arms, who fearlessly went to death for our freedom and our common victory. Honour and glory to all those who fell in the battles for the liberation of our Motherland!”

In memory of the heroes, Aleksandr Lukashenko announced a minute of silence.