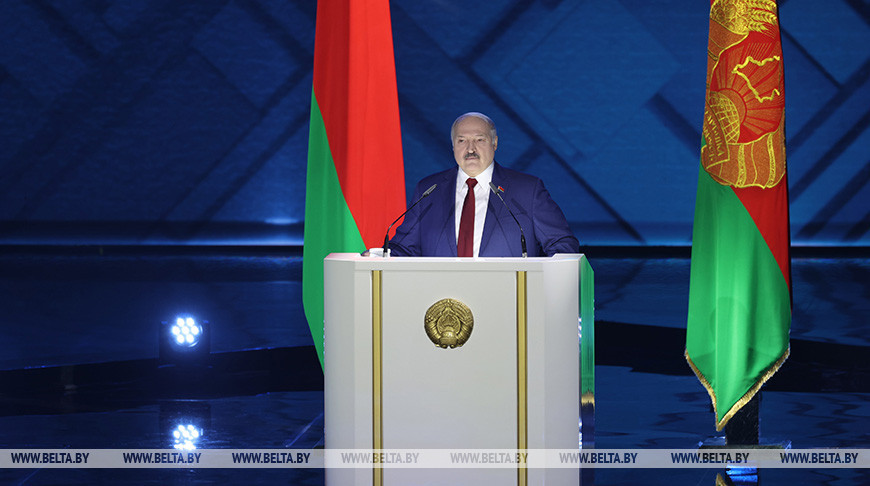 Tackling the situation around Belarus, he drew attention to the fact that the offensive military infrastructure is being strengthened in the West, “NATO troops are being concentrated near the borders of the Union State, flights of American strategic bombers have been activated: more than 30 a day. Neighbouring countries are talking about the deployment of carriers of nuclear weapons.”

The President added that our western neighbours, Poland and Lithuania, are actively acting in line with Washington’s policy, “For them, it’s a survival strategy. The alternative is to forever remain a dull outskirt of Europe. So, here they choose. Trying to profitably sell their political adventures, the Lithuanians, to the detriment of themselves and to please the United States, threw down the gauntlet even to China, and got involved in a confrontation with Russia. The Americans already have to restrain them. But the attempts to please their curators are already on the verge of destroying their own statehood.”

The Belarusian leader underlined that in these circumstances we proceed from the fact that ‘it is necessary to speak with Lithuania toughly and pragmatically, forcing it to fulfil contractual obligations and responding to its actions proportionately’. Moreover, Poland has long been trying to realise its ambitions of leadership in Eastern Europe, “However, Poland understands leadership not as a responsibility and an opportunity to be a link in the region, but as a confrontation with Russia, including through interference in the internal affairs of its neighbours. It acts recklessly and unceremoniously. It financed and provided resources to the radical opposition, for years establishing the co-ordinating centres of the recently failed rebellion... In the hope of revenge, it sheltered the fugitives from Belarus, and forms the infrastructure to support them.”

The Head of State emphasised that this is not even the biggest concern, “The unprecedented militarisation of the state carried out by Warsaw, the buildup of military resources, the planned doubling of the size of the army – this is hardly done for peaceful purposes. The position of Belarus is unequivocal: such an escalation along our borders is unacceptable. Similar events already happened in history 80 years ago, when Poland – together with Nazi Germany – took part in the division of Czechoslovakia. Today it is already looking at us through the gunsight. They already need ‘the whole of Belarus’, and not just the ‘Eastern Borderlands’.” 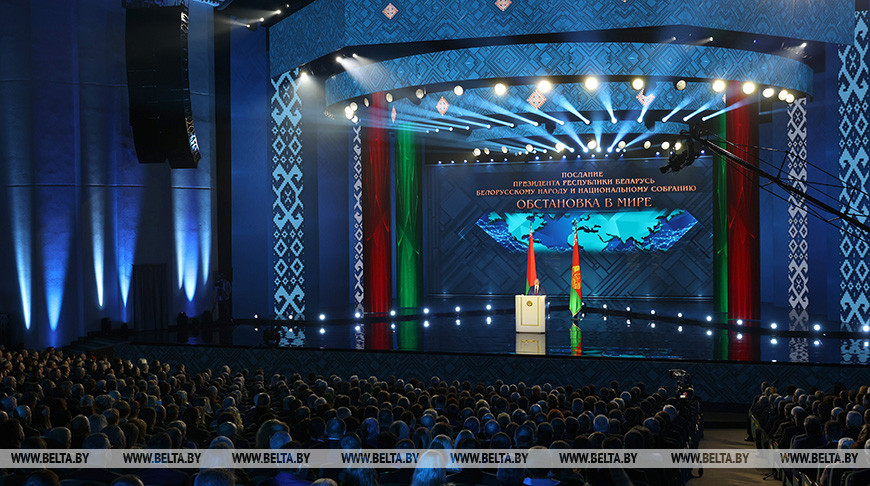 Aleksandr Lukashenko added that the growing tension in the southern direction is also of increasing concern, “Ukraine is becoming the subject of behind-the-scenes bargaining. Ukrainians are being pushed into the flames of conflict, their minds are being broken, and they are purposefully being prepared for aggression. They form among the Ukrainians a hostile attitude towards the fraternal nations, including towards the Belarusians. It is important for the West to drown the Russian-Ukrainian brotherhood, our Slavic brotherhood, in blood. But we are native Slavic peoples, coming from the same baptismal font. Our roots are from ancient times. It must be preserved, no matter the cost. After all, brotherhood is much higher than far-fetched grievances and narrow-minded political ambitions. Our inseparable ties are the basis of common security and survival. And, no matter how someone would like, we will bring our Ukraine into the fold of our Slavdom. We will do it.”

According to the President, the situation in Kazakhstan has shown how not only the Slavic, but also the Central Asian brotherhood has become a target, “It is obvious that the West, in order to weaken Russia, will continue the tactics of loosening the post-Soviet space.”