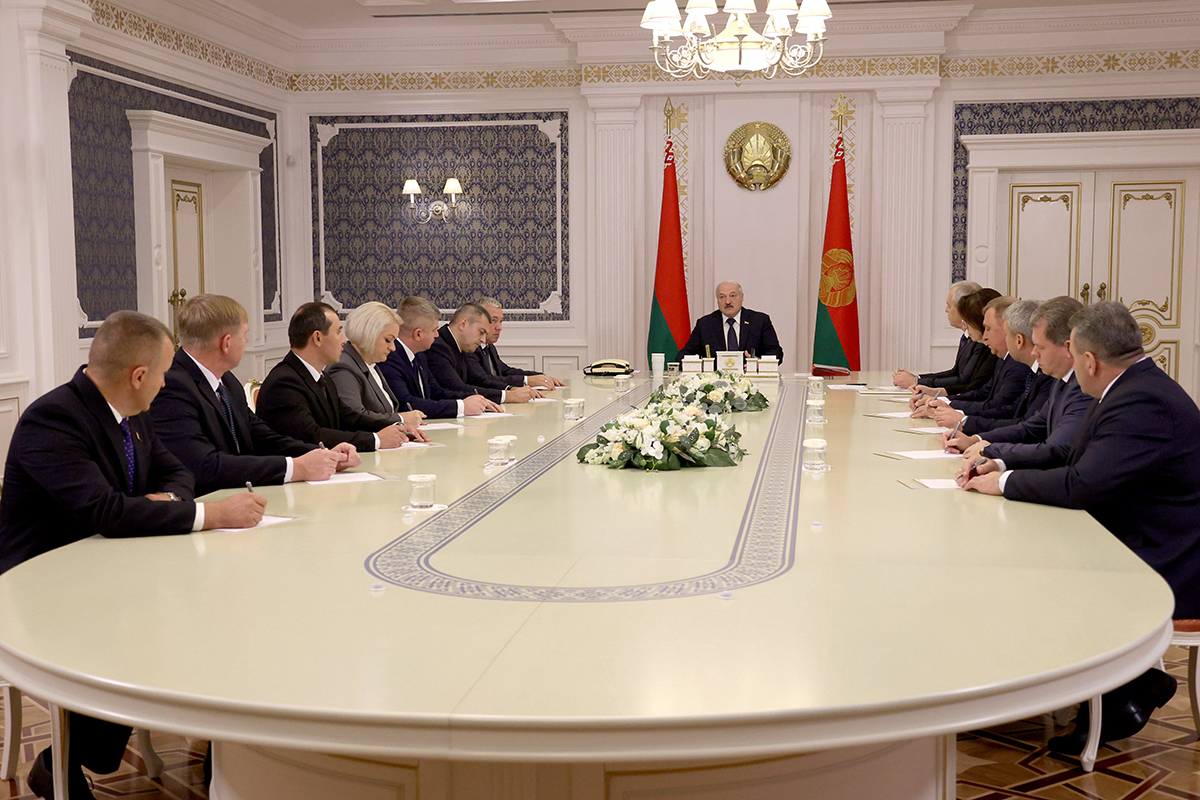 Aleksandr Lukashenko addressed twelve new heads of district executive committees, “When you come to your places of work, there is no need for self-serving behaviour and excessive pressure. Each of your subordinates should have a chance, the right to some kind of a mistake as it is fashionable to say now – but not a total, serious mistake. They should work and fulfil their duties. Look up less [for guidance from superior authorities]. There should be more independence, since your responsibility will be incredible.”

At the same time, the Head of State stressed that the district heads have their own powers and authority. “In order to be responsible, you need to have the rights and powers to resolve issues. You have received them today, so act!” he stressed.

The Head of State President added that all such issues have yet to be discussed jointly by the entire vertical of power with the President’s participation, “Regional executive committees will, for example, make a decision regarding the personnel. They will determine what powers they need to settle certain issues, and what powers could be taken away – so that a completely new, different style of work is developed.”