At today’s meeting on military security, the President of Belarus commented on the United States’ true geopolitical goals in Eurasia 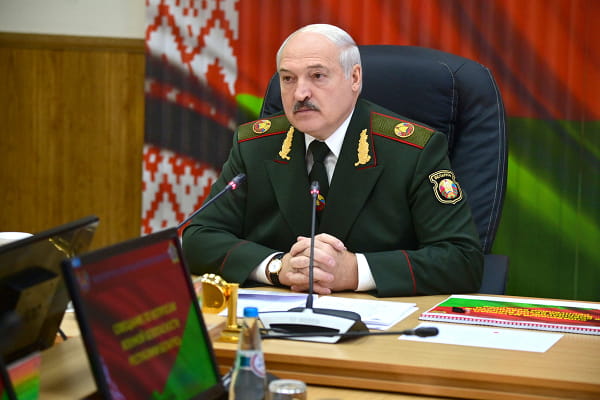 Aleksandr Lukashenko, in particular, stressed, “We know about systematic supplies of weapons and military equipment by the United States and other NATO countries through Poland’s Rzeszow airfield. About a dozen – and sometimes more – American transport planes arrive there daily.”

The President stated that a number of European countries are trying to show their participation in helping the Ukrainian army by sending old equipment and weapons which they do not need themselves – thus ‘conducting the so-called recycling’.

“Cynical statements of Western politicians addressed to the Russian Federation are heard at the interstate level. These include specific statements by specific deputies and leaders, and also [statements made] from the UN rostrum. The purpose of these actions is clear and understandable. The United States wants to weaken or completely remove Russia and its allies from the international arena, and to get closer to its main competitor – China, while simultaneously strengthening the dependence of the European Union on the United States. If, you will see, they do not meet the US halfway, America will destroy the European Union,” Aleksandr Lukashenko stressed.