It is important for us to remember that on the basis of the Belarusian ethnos a unique state formation was created: the Grand Duchy of Lithuania – as stated today by President Aleksandr Lukashenko in the Palace of the Republic during a solemn meeting dedicated to Independence Day 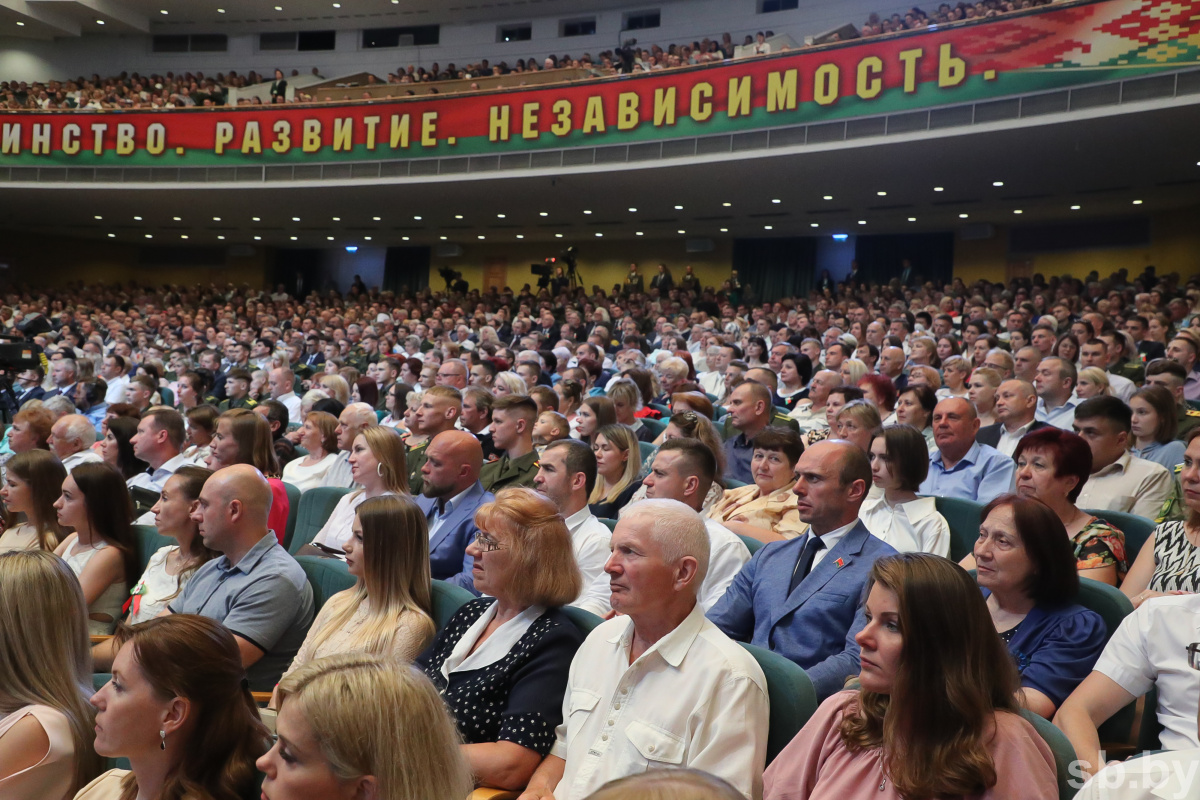 According to the Belarusian leader, the chronicle of the Principality of Polotsk – one of the three state-forming centres of Ancient Rus, is our pride, “The names of our compatriots born on this holy land of Rogneda – Vseslav the Magician, Euphrosyne of Polotsk, Francysk Skaryna and Simeon of Polotsk – are forever inscribed in the history of the East Slavic Middle Ages. It is important for us to remember that it was on the basis of the Belarusian ethnos that a state formation unique for its time was created: the Grand Duchy of Lithuania. That, having united in a defensive alliance with the Baltic tribes, the Slavs taught them to read and write, introduced them to the philosophy of Christianity.”