During a meeting of the Council of Ministers on functioning of the economy under sanctions and measures to overcome them, Aleksandr Lukashenko demanded to fully meet the needs of the domestic food market with all types of Belarusian products, BelTA reports 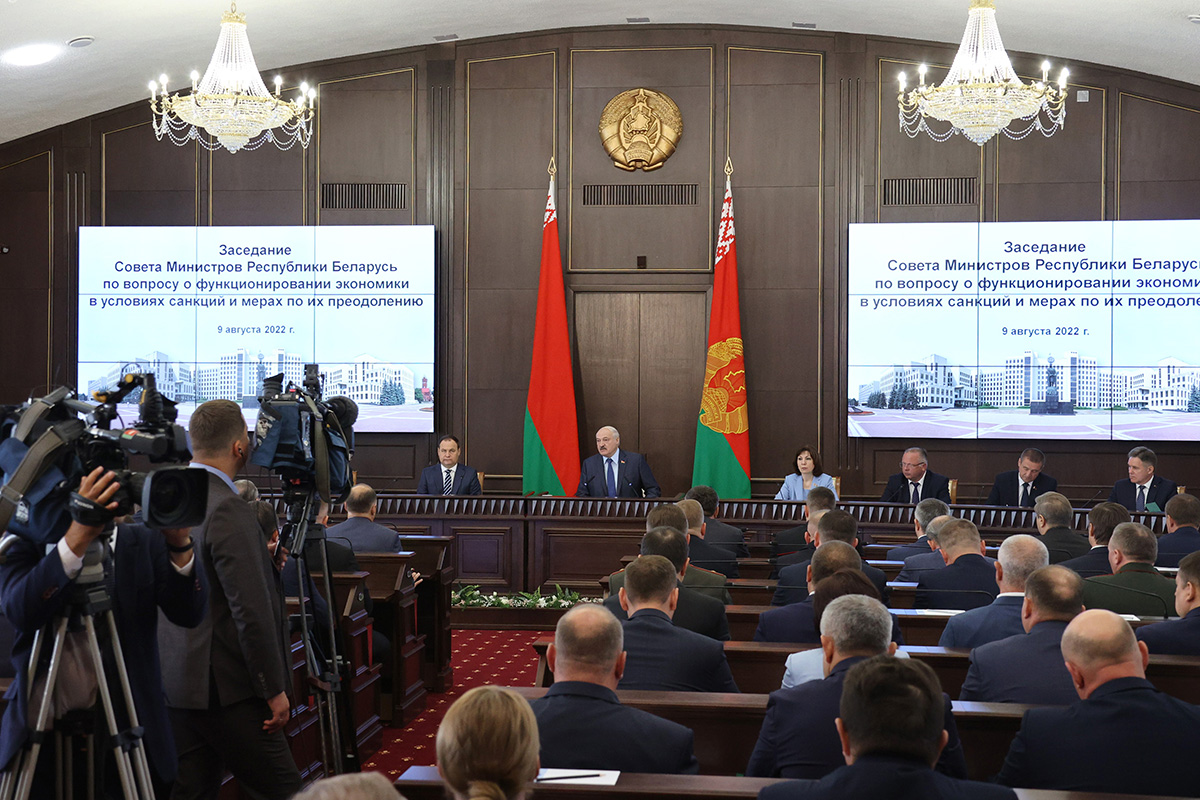 The Agriculture and Food Minister, Igor Brylo, reported that there are practically no stocks in warehouses at present, while exports are growing. As for the domestic market, each region has been instructed on the necessary volumes to produce, and supplies have been agreed. According to him, the situation is under control.

Aleksandr Lukashenko asked of whether there is a shortage of some products in the market, and the Minister admitted that there is a certain problem with the Tetra Pak: it is not yet possible to replace it in full. "This is the only problem," he said.

In this regard, the President noted that people should get products they are used to, even in a different package, “They do not eat this Tetra Pak: people eat the product. So address them: ‘Dear people, true, we have problems with this Tetra Pak, so please buy the same product in a different packaging’.” Mr. Brylo explained that the production lines need to be revamped. “The war is raging. You should revamp them in a day, overnight,” the Head of State urgently demanded.

The Minister assured that everything possible will be done so as not to lose milk volumes in retail chains.

In turn, Prime Minister Roman Golovchenko, noted that – in addition to the issue of packaging – there is such a point that some of the products are now actively exported, and this is beneficial to enterprises. Accordingly, the situation in the domestic market is currently being administratively controlled. This is especially true for the city of Minsk, which does not have its own raw material zones.

In this regard, Aleksandr Lukashenko noted that the state had injected much money in the agro-industrial complex. Enterprises have cost advantages in a number of areas, and therefore – given the state support – the domestic market needs should be among the priorities.