The Belarusian leader appointed Aleksandr Rogozhnik – who previously headed the Minsk Motor Plant – as the new Industry Minister. In his address to Deputy Prime Minister Piotr Parkhomchik, who oversees the industry sector in the Government, the President once again warned that there should be no mistakes, especially with regard to the Industry Minister. 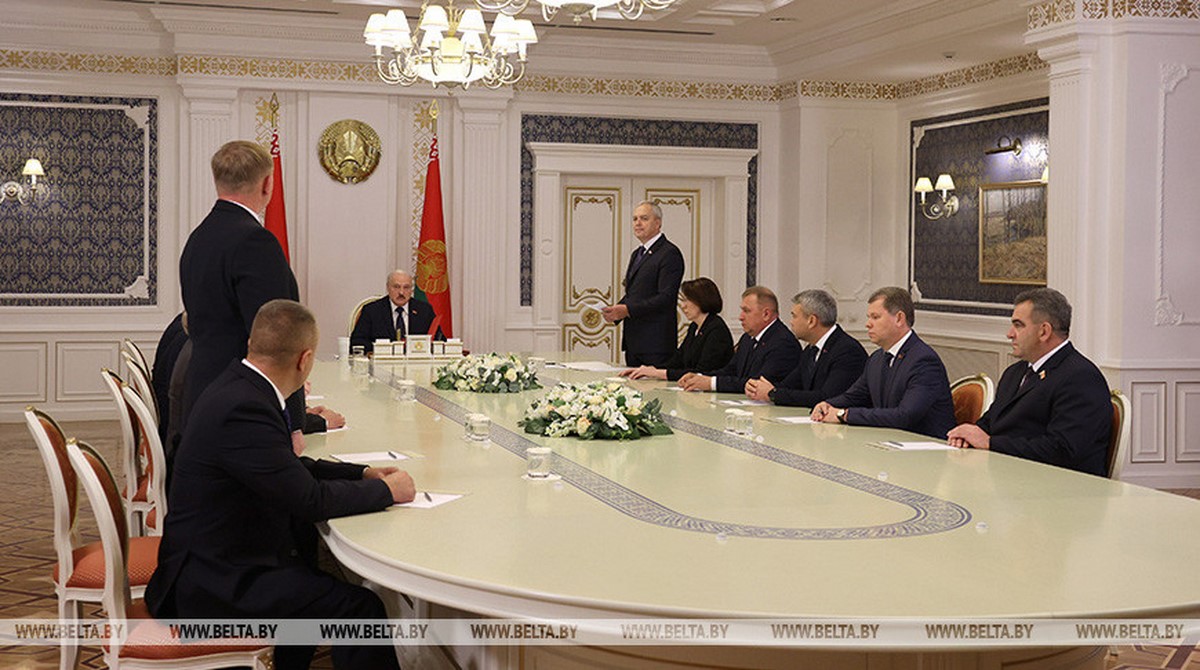 “There is a firm belief that the choice of the candidate has been right,” Mr. Parkhomchik said. “Over the past four years of Aleksandr Rogozhnik’s work as the general director, he has made a significant progress in the field of production modernisation and investment development. The company works steadily, while increasing production volumes, and new products – that are currently exported – have been launched. A programme aimed at production of engines of different capacities is planned, and – I think – we will demonstrate certain samples, which are now at the completion stage, by the end of the year.”

“Is there a replacement for him?” Aleksandr Lukashenko asked, and the Deputy Prime Minister assured, “We have prepared a replacement. The company will be led by a head from another enterprise; this person has good work experience at the Belarusian Automobile Plant.”

“Does he understand engines?” Aleksandr Lukashenko continued. “There will be actually a serious pressure on the Motor Plant.”

“True, a line of certain engines needs to be put into production as soon as possible there,” Mr. Parkhomchik agreed.

“So we are not making the Minsk Motor Plant fragile?”

“No, we aren’t,” the Deputy Prime Minister said.

Mr. Rogozhnik, in turn, explained that a team – able to work – had been created at the plant, “Everything is already smoothly running there. As for the technical part, the level of specialists is sufficient to implement the tasks set. A strategy has been developed, and everything is systematised. A person is needed there who would continue what has been created by now. The company has no problems which it faced four years ago, and it will produce more than 50,000 engines today. We are the largest manufacturer in the post-Soviet space, and we make as many engines as three manufacturers do in Russia. Importantly, we have closed the issue of a lower product line, everything that has been sanctioned. We have not stopped the Tractor Plant and Amkodor as regards this small line.”

“Good,” Aleksandr Lukashenko responded. “Actually, import substitution will be important for us not only regarding engines. We have a gearbox, and we have used to buy everything. No matter how difficult it may be, if we are ahead of our competitors in our market, primarily the post-Soviet, Russian one, we will be, as industrialists say, in clover.”