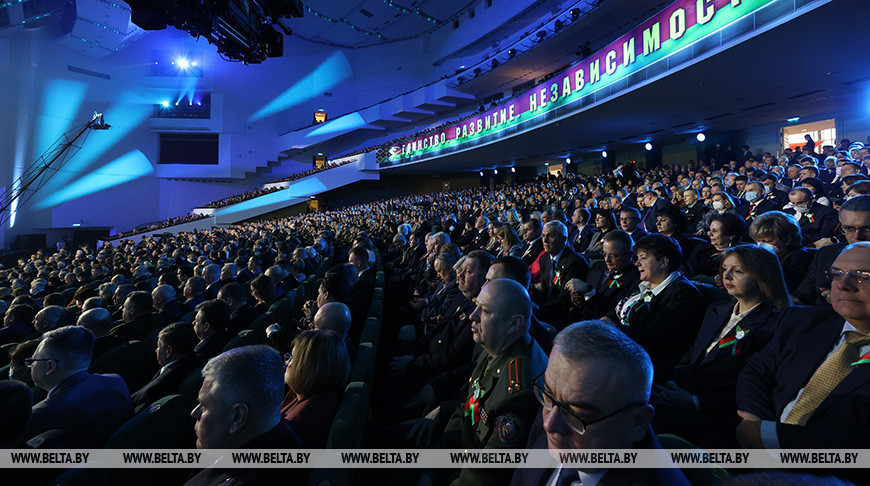 “But there will be no victory in this war. Everyone will lose. We don’t want war. We want to live and work in peace. We are not going to redistribute the world,” said the President.

The Head of State touched upon this topic during his annual Address to the Belarusian People and National Assembly.

“There is a question number one: will there be a war or not? Yes, it will, but only in two cases. If direct aggression is committed against Belarus. If a hot war is unleashed against our Belarus, we all (and even those who do not want to) will defend our land and our Fatherland. Our people were fighting for their land for centuries, for their independence and sovereignty. We have received, we have achieved this independence. And today is the moment when it is necessary to protect this independence. The second moment when there will be a war and Belarus will participate in it is if our ally – the Russian Federation – is directly attacked and the same aggression is committed against the Russian Federation. The basis for this is our Union State agreements.”

Aleksandr Lukashenko also answered one of the main questions of the collective West: whether there will be troops on the territory of Belarus, “If aggression is committed against our country, there will be hundreds of thousands of Russian troops here, who – together with hundreds of thousands of Belarusians – will defend this sacred land. I’d like you to remember these two cases.”

The Head of State drew a line, noting that, “Being a man of the people and knowing the price of an incredibly difficult life (there are many of such people in the hall), I want to say: we categorically do not accept war. War is very bad, it’s scary. Life today is completely different than it was in 1941. At that time, people were simpler, they lived simpler, more or less the same. There was no comfort in which we live today. And God forbid a war, the simplest thing we will have to do is to get out of this comfort. People will have to live in terrible conditions, enduring all the hardships of wartime. Who wants it? No one! Nobody in the world wants this. But the leaders of some countries, having forgotten about this, went completely crazy. They think they will win this war. There will be no victory in this war. Everyone will lose. That’s why we don’t want war. We have fought enough. Our people lost millions in past wars. We want to live and work in peace. We have never created problems for our neighbours, for any other nations, and we will never create them. Not because we are peaceful people, but because we simply do not need it. We’re not going to redistribute the world. We are not going to divide the world! Firstly, we don’t need it. Secondly, we are not capable of it. We do not have such resources.”