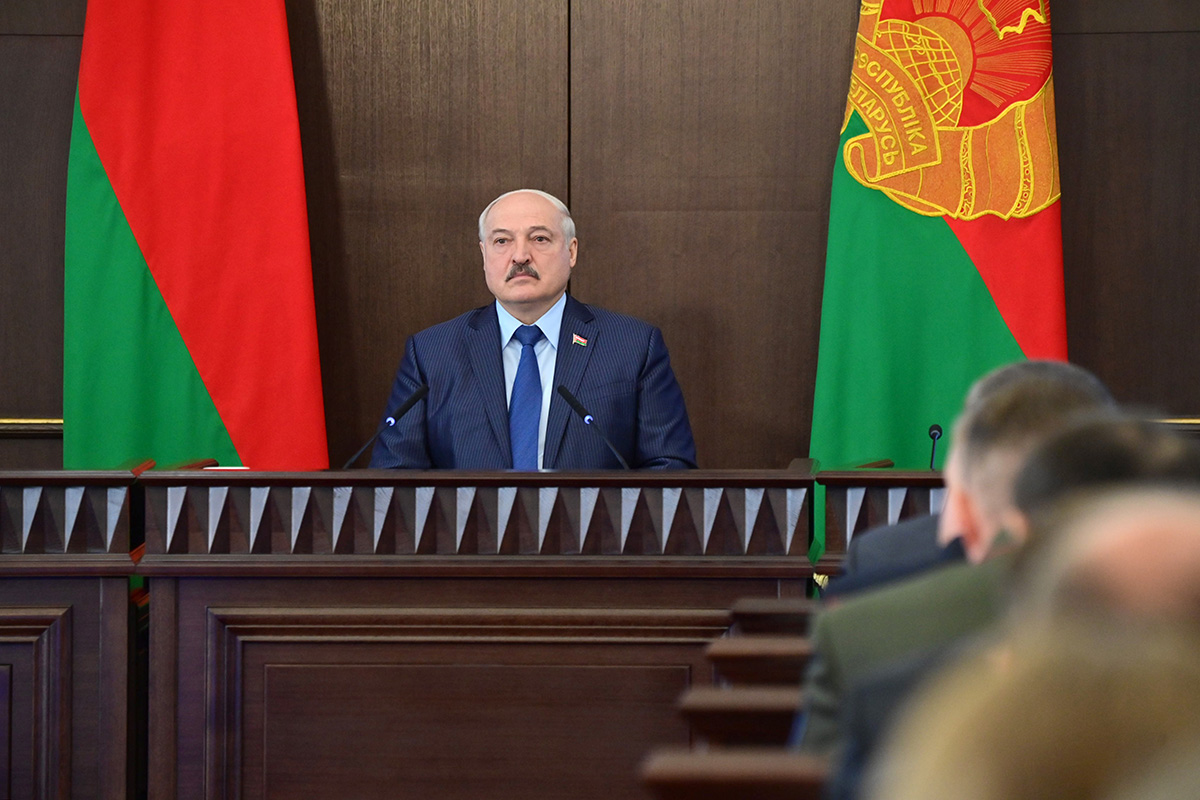 "I do not want to scare anyone. The Head of the Administration has been instructed to report to me on the personnel register in full by the end of the year. This is not because you are bad. If someone fails to do their job well or does not want to work at all, then they should resign – sometimes even without payment. So you should be active,” the Head of State said at a meeting of the Council of Ministers on functioning of the economy under sanctions and measures to overcome them.

According to Aleksandr Lukashenko, the West is already demonstrating an interest in resuming co-operation with Belarus in various areas. “Poles and others are already making proposals to negotiate. So let’s talk. However, the Foreign Ministry is still hesitating,” he said.

In this regard, the Head of State demanded that diplomats primarily deal with trade issues, and not limit themselves to statements about how unfair the sanctions are. "Roman Aleksandrovich [Prime Minister Roman Golovchenko], you are a former diplomat. I have instructed you to meet with the ambassadors this year and demand results from them. You do not need to do anything else, no need to go to receptions. Focus on exports,” the President stated.

Aleksandr Lukashenko, in particular, expects further progress in the work in the Russian market. This is a task of the new ambassador to this country, Dmitry Krutoi (who worked as Deputy Head of the President Administration until recently and earlier occupied the post of Deputy Prime Minister). “I think that, being aware of our situation, there will be some progress – not because Vladimir Ilyich [Semashko – previous ambassador of Belarus to Russia] did not work well. I hope Dmitry will learn the best from Semashko. You know him well," the President noted.

Another task deals with development of active co-operation with China.

The Head of State also paid special attention to the issue of transport, warning that deliveries to foreign buyers should be carried out promptly and on time. "God forbid, by the end of 2022, they will report to me that you have not transported something that needs to be transported. This refers not only to China," the Belarusian leader warned.