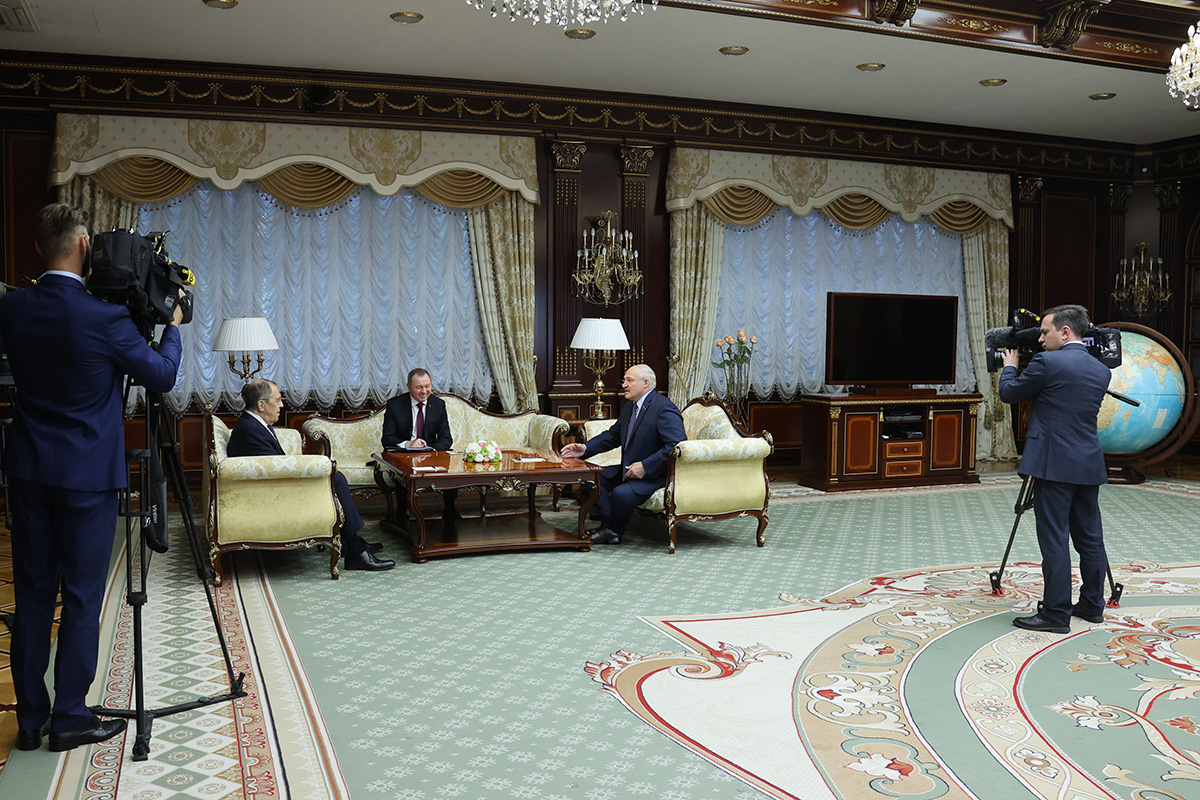 “We have special relationship now, and this is dictated by time,” the President of Belarus said. “When you – diplomats – are not listened to, then other people start to be listened to. We are for diplomacy to work. But what should be done when a hybrid war is going on? They began with the media, and then imposed diplomats to silence – putting them aside. No international platform gives results, including our main one. Well, what should we do? We have to defend ourselves, to resist.”

“They have taken our money away,” Mr. Lavrov added, and the Head of State noted, “Money has been taken away, and they are beginning to strangle us in the economy. This is a hybrid [war].”

Aleksandr Lukashenko, in particular, mentioned Lithuania's attempts to ban transit of goods to Russia’s Kaliningrad Region, “I have given an example with this Lithuania. They are all time turning blame on the European Union – saying, it was the EU which made the decision. Meanwhile, decisions are made by consensus there. If you saw that it harms or might harm Lithuania, then you should not vote for. Then no decision would have been made, or it would include some exceptions. However, you can see that they are running before the hounds, all time urging to press, and so on – to the detriment of their own state. For me, this is not surprising, since I observe this all the time, and I see who is out there advocating for such things. An economic war has already been declared. What does the closure of transit mean? Moreover, all are shouting of some Suwalki corridor. Listen, we are not talking about this, but they are shouting. What are they hinting at? After all, we have enough forces and means together with Russia to deliver goods to Kaliningrad without any wars and tensions. Putin and I have discussed these issues very seriously, and we have not actually hidden it. There was no staging there [at St. Petersburg talks] – regarding nuclear weapons and other aspects. We have taken a short step only.”