The future of Europe is in co-operation with Belarus and Russia, but both countries will not tolerate humiliation – as stated by the President of Belarus, Aleksandr Lukashenko, during his meeting with Russian President Vladimir Putin in Sochi, BelTA reports 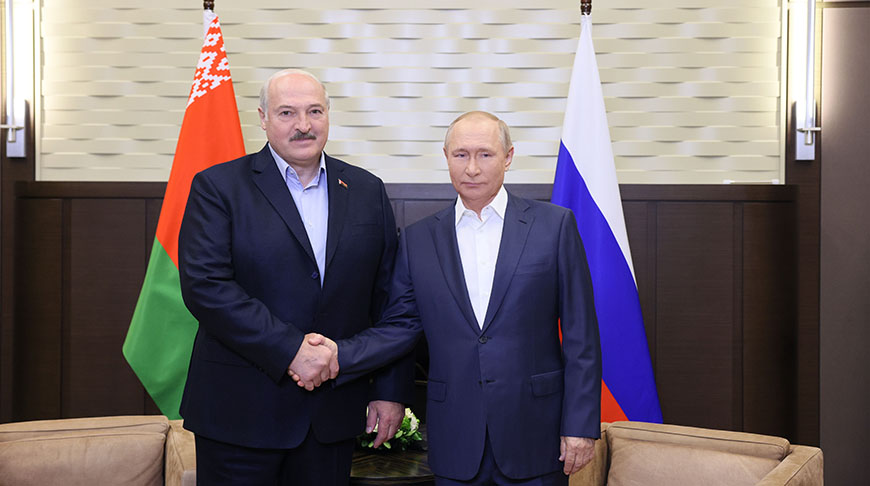 “European authorities (I’m not talking about those overseas) should think. I have already told them three times that their future is with us, together with Russia, where there is everything they need while they have what we can buy from them. What else do they need? They just need to make responsible decisions. If they don’t want to, let it be so,” Aleksandr Lukashenko said.

“They should treat us with respect,” Vladimir Putin noted.

“Without respect, we won’t talk to them at all ... We, the Slavs, won’t talk to them without this. No one will tolerate humiliation. Not to mention Belarus. Russia is a gigantic country, what kind of humiliation can there be? We remember how in America, starting with the previous president, they were saying that they are an exception. They put a crown on their heads declaring that they would rule the world. This continues even now. People can’t be treated like that,” the Belarusian leader stressed.

“Whoever wants to live in peace with us and respect us – we are open, and so are you. You are all the more open. You constantly talk about it. We are ready for this. But no one will tolerate humiliation. The Russian people have never had this. Not a single Russian person will allow any president, including President Putin, not to follow this line. That’s the whole economy and politics. We have already talked about this more than once and will continue to talk, persistently promoting this policy,” Aleksandr Lukashenko summed up.