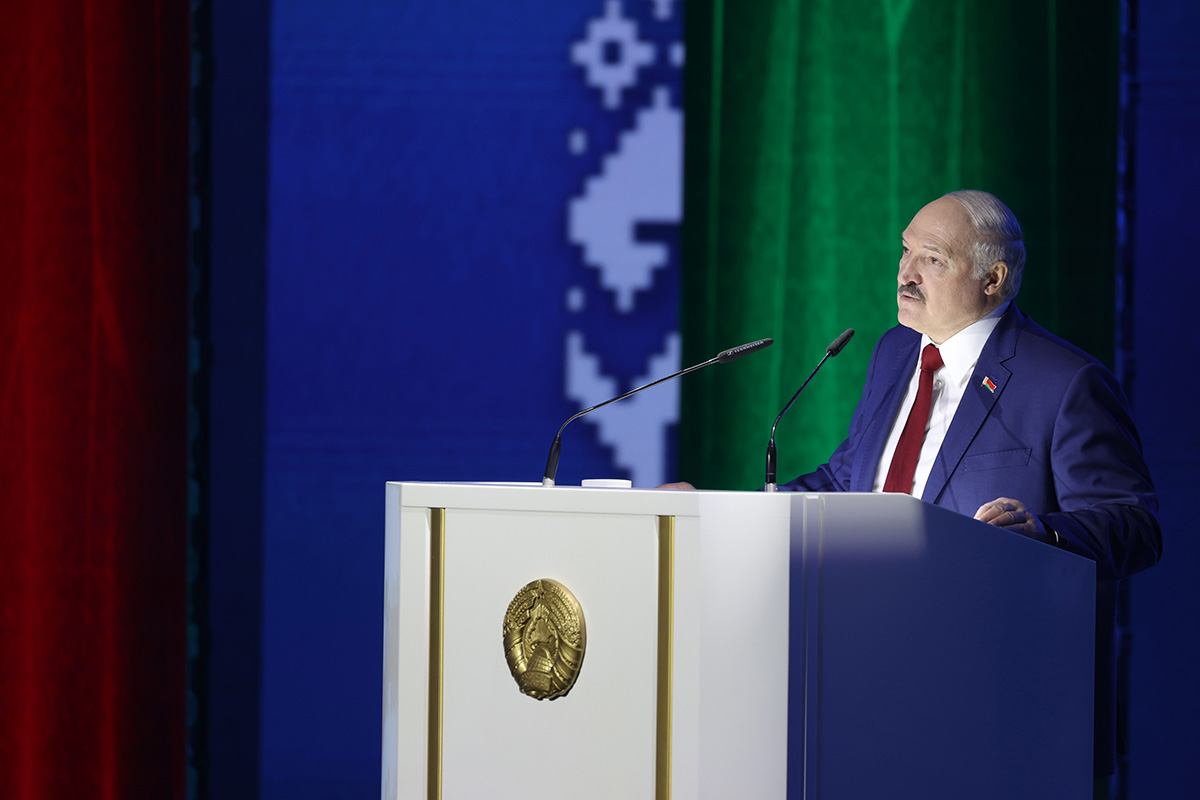 Speaking of the situation in the world, Aleksandr Lukashenko noted, “It is clear even to sceptics today: the established system of the world order is a thing of the past. It has actually gone away. We are witnessing the reformatting of world politics, economy and culture. The level of aggression is dramatically increasing everywhere, and the defiant rhetoric has become the norm. Peacekeeping initiatives are being swept under the carpet. Major nuclear powers are trying to reach new agreements since they understand: our planet is unlikely to survive the third world war.”

According to the Head of State, it is not yet possible to find a compromise. “Public opinion is being prepared for the inevitability of war. People are forced to live with such a thought. Actually, the fate of humanity is being decided these days: either new agreements, or further escalation and a new world war!” he stressed.

Aleksandr Lukashenko also analysed the reasons for what is happening, “This all is due to the lack of food in the world. The global population has drastically increased, and there is not enough food. A fierce struggle for resources is in full swing. In order to develop further, resources are needed. Neither science nor humanity have time to master cheap resources: the energy of the sun, wind, water, and so on. They have been probably too distracted by weapons and rearmament. Therefore, there are not enough resources… All are proclaiming that new resources are needed. We are moving towards the green economy, but everyone is still trying to exploit old sources and resources. There is also a struggle for the redistribution of sales markets. Trust in each other has been undermined on a global scale. Long-standing disputes and contradictions have been reanimated. Border incidents, local conflicts, cyberattacks, vaccine battles are becoming our modern-day realities. Being at the crossroads of civilisations, Belarus is actually at the epicentre of these processes.”