The economy in Russia and the Union State is unexpectedly intensively strengthening against the background of sanctions pressure – as noted by the President of Belarus, Aleksandr Lukashenko, during his meeting with the President of Russia, Vladimir Putin, BelTA reports 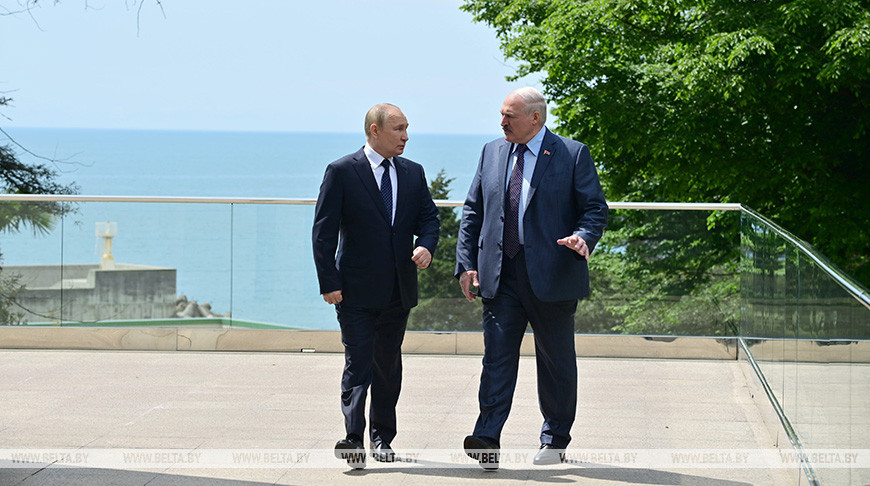 “It is very important (and you once noted this) that the economy in Russia and in our Union [State] on the whole is not simply strengthening, but is unexpectedly intensively strengthening. Take inflation, take unemployment. This has turned out to be lower. The unemployment rate is falling, and it is good. Moreover, the Rouble is strengthening at a furious pace. We should not even overdo it here. So unexpected things are happening. They are actually unexpected for them – though we expected it to be. This is a time of opportunities. And they (the West), without realising it, have pushed us to engage more intensively in our economy," the President said.

Aleksandr Lukashenko noted that the governments of Belarus and Russia – following the presidents’ instruction – had identified the main directions in the field of import substitution and even approximately calculated how much this work will cost.

"The sum is quite small. I do not want to publicly announce it as it is approximate. Well, this is truly a minor amount. But we will succeed in major points – where we lack components and other things for good import substitution, not to mention security issues,” the Belarusian leader said, adding, “We are already working well in the field of security to produce what our joint army – which operates here – needs.”

“Therefore, as regards the economy, I really thank them for giving us an impetus to our own development. We have a huge market, we have resources and technologies. Well, they have clearly underestimated what is happening there. They lived by reading their media – and, well, they have faced inflation… However, Putin is to blame [as they say]. Putin is to blame for everything there," Aleksandr Lukashenko noted with irony.