Everything possible must be done to preserve Belarus – as stated by President Aleksandr Lukashenko today at a ceremony to present state awards and the banner of the Belarusian Prosecutor’s Office, BelTA reports 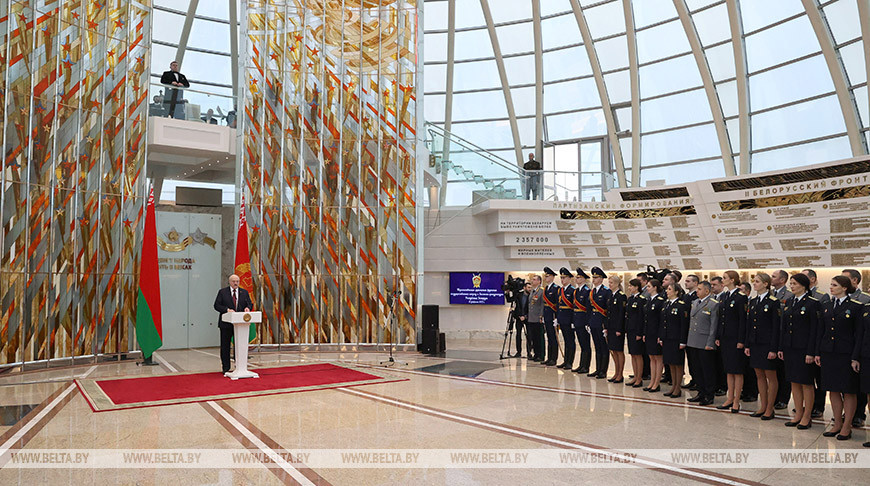 The President noted that, in recent times, a new psychosis has begun along with a major one related to the pandemic: this is a psychosis of inciting war in Europe. "We are again in the epicentre of these events. I am increasingly often telling journalists and others: look! We attended the exercises and, just by their end, dreadful weather broke out (I do not remember such weather occurring for a long time): heavy rain, sleet, terrible wind. All were frozen; they stood there shivering. I then thought I should talk to them for a longer time – so that foreigners and our people feel even better what it is like to live in uncomfortable conditions which we have used to. I asked them then, “Well, do you understand now that a war is a terrible thing, and it will be even worse than now? We have actually got used to good conditions," Aleksandr Lukashenko said.

"Therefore, we need to do everything to preserve our country. But if... (I always say this openly to the people), then we – people in uniform – will be the first to go to defend our Fatherland," the Belarusian leader stressed.