Speaking at a session of the Supreme Eurasian Economic Council, the President of Belarus stressed that today the development of international economic co-operation between the EAEU and third countries and integration associations is of paramount importance 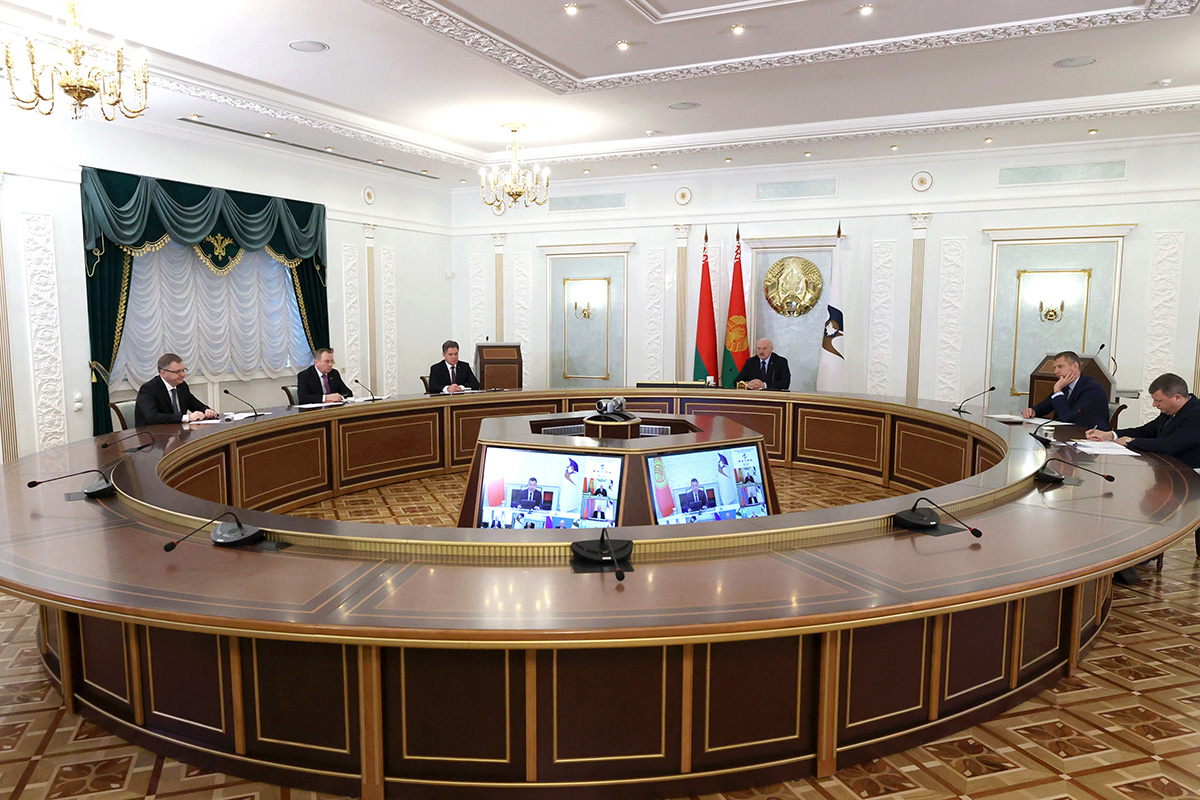 “In the conditions of sanctions, we should not lock ourselves in our economic union. Alongside the so-called collective West, there are enough states in the world that are ready to develop equal and respectful relations with us,” Aleksandr Lukashenko is convinced.

The President of Belarus noted that active work is currently underway to conclude trade agreements with Egypt and Iran; the start of substantive negotiations with Indonesia is also on the way. Moreover, the United Arab Emirates is showing interest in a free trade agreement.

“The concluded international agreement on trade-economic co-operation with China has a huge potential. It should be used to expand liaisons in industrial interaction, including in innovative areas, to attract investments, to realise the transit potential of our union, and to increase mutual trade,” stated the Belarusian leader.

In his opinion, now it is necessary to focus on the speedy implementation of the road map with the Chinese side this year. The partnership with China in the field of digital transport corridor is also of particular importance.

“The implementation of this direction will help to switch to an integrated electronic technology for the transportation of goods by rail between the states of our union and China,” explained Aleksandr Lukashenko.

The Head of State stressed the importance of discussing a range of projects for the participation of Uzbekistan in the EAEU initiatives, as well as the high level of interaction between the EAEU and Cuba and the interest of Venezuela, “This indicates a significant potential for strengthening our economic collaboration.”

Meanwhile, Aleksandr Lukashenko recalled that the issues discussed are not new, “For the most part, these events have already taken place in our documents and plans. Now we just need to give them more time and attention in order to achieve the desired result.”