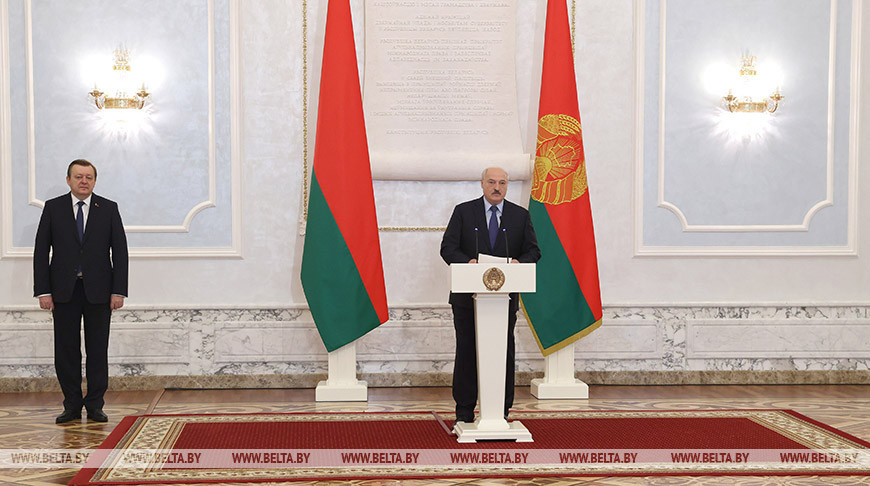 Aleksandr Lukashenko drew attention to the fact that Ukrainians currently have nothing to reproach Belarusians with, “We, Belarusians, can’t be blamed for anything! We didn’t initiate the conflict with Ukraine. It was they who – even before the Western powers and America – closed their sky for our aircraft and declared an economic blockade of Belarus. Why are you soaring now and demanding something from us?”

The Belarusian Head of State emphasised, “We sacredly fulfil our agreements with Russia. Everyone in NATO and even more so in America knew about this before the conflict. But we did not kill anyone, and we are not going to kill anyone.”

The Belarusian leader pays special attention to the fact that we have always been supporters of peace negotiations. Moreover, three rounds of negotiations took place in Belarus, “Why did the negotiations stop? Who curtailed them? The question is rhetorical. I say this to you, ambassadors, so that you know our position on the most acute contemporary problem and proceed from this. We are doing everything to stop the bloodshed. However, someone needs this bloodshed. Who? You are diplomats, so sort this out.”