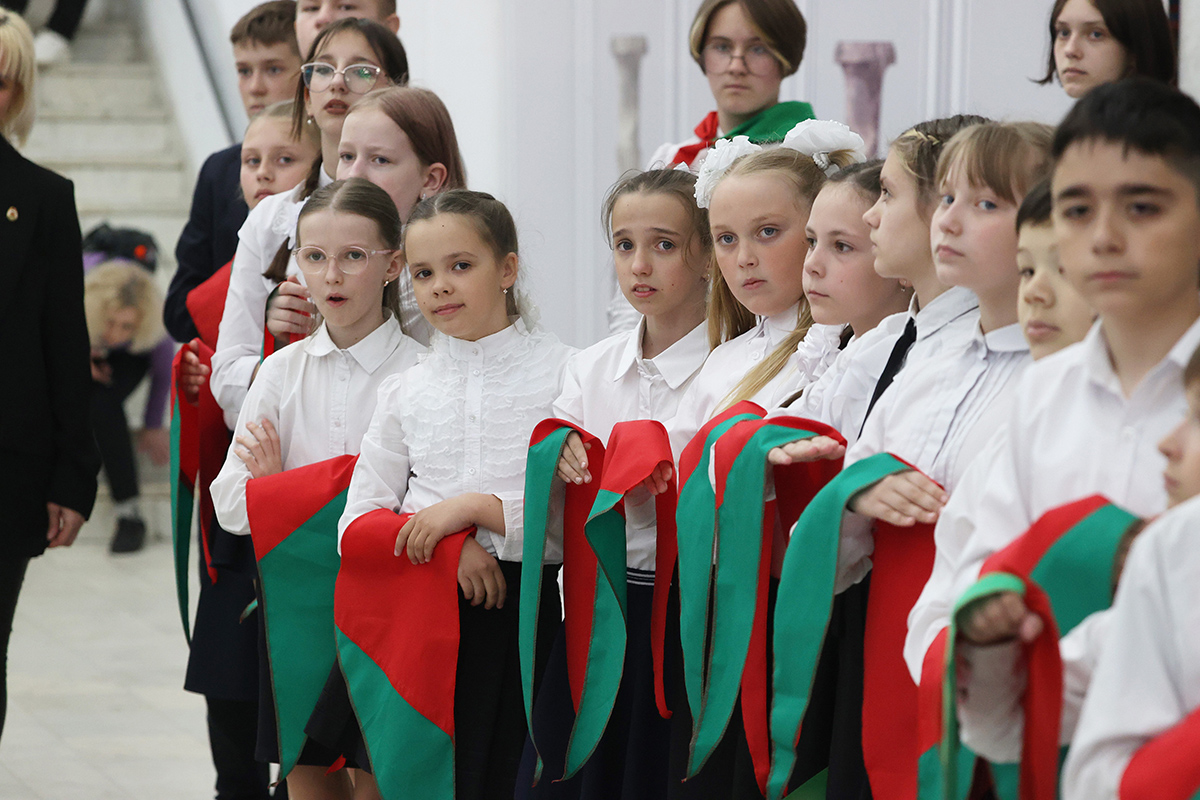 "I sincerely congratulate you on a significant jubilee: 100th anniversary of the pioneer movement. You continue a glorious path of one of the most powerful children's organisations in the world which united millions of boys and girls at the beginning of the last century — representatives of different nationalities and cultures who spoke different languages, but were united by the noblest aspirations," the Head of State’s greeting reads.

Aleksandr Lukashenko noted that the first pioneers left a rich legacy that has become part of the history of Belarus, “These are examples of active participation in their country’s life and selfless help to people, true patriotism and heroic deeds performed during the Great Patriotic War."

"Today, by preserving the traditions of the pioneer movement, by entering new achievements and events into its chronicle, you are linking the destinies of past and future generations," the Belarusian leader stressed.

Aleksandr Lukashenko thanked Belarusian pioneers for the warmth and attention with which they surround veterans and participants of the Great Patriotic War, their careful attitude to historical memory, memorials and monuments, creativity and bright ideas with which they fill weekdays and holidays.

The President also wished participants of the pioneer movement good health, creative energy and new successes in their endeavours for the benefit of their native Belarus.