The Head of State is visiting Motovelo Plant to get acquainted with the reconstruction progress of the complex development site of the Minsk City Technopark. Aleksandr Lukashenko was informed about how the unused areas of the Motovelo Plant will be transformed, as well as the schedule for the demolition of a number of unusable buildings and structures, the reconstruction of separate premises, the construction of new buildings and their leasing for a range of manufacturers, both public and private. 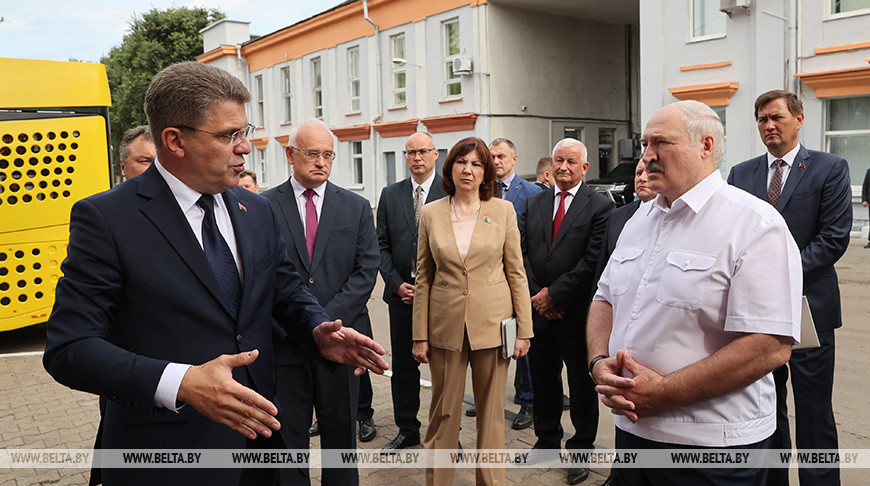 The President immediately asked who was entrusted with controlling the implementation of all instructions and what hasn’t been done. The Belarusian Head of State carefully studied the plan, asking in detail how almost every building would be transformed.

Aleksandr Lukashenko instructed to speed up the course of reconstruction. The main works on the entire site, already on the foundation, should start on January 1st.

“Everything is well-planned in our buildings,” said Vladimir Kukharev, the Chairman of the Minsk City Executive Committee.

“You know how to describe beautifully. It’s necessary to work and to do everything quickly! Let’s agree that we will build in a modern way, using the most modern wall panels instead of half-meter brickwork,” the President emphasised, referring to world experience. “It should be optimally sparingly. There shouldn’t be apartments here.”

The Belarusian leader instructed that the works at other currently unused sites in Minsk be carried out taking into account the same approaches.

Moreover, Aleksandr Lukashenko drew attention to the nuances of the reconstruction of the Motovelo Plant’s entrance checkpoint, which forms the ensemble of Partizansky Avenue, “This is a historic building. It should adorn Minsk with this very historicism.”

Separately, the Head of State spoke about the inadmissibility of corruption, “God forbid, at least one Rouble will be stolen here.”